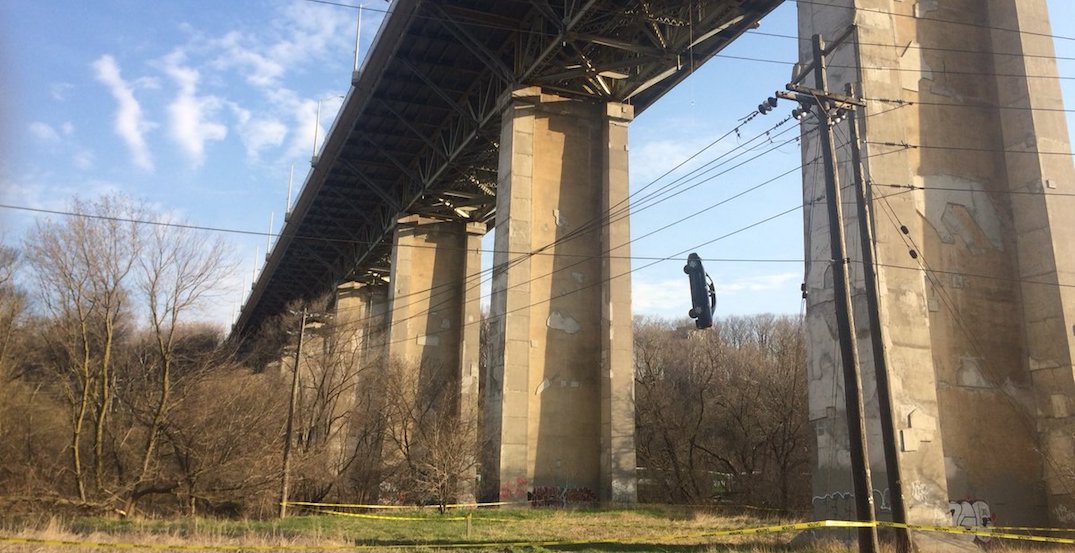 A car dangling over the Bloor Viaduct is for a possible movie shoot, according to Toronto Police.

Police say the car, which is over the Millwood bridge near the DVP, poses no hazard to the public.

The Toronto Fire Services, EMS, along with police attended to the scene to check the area early on Wednesday morning.

Bloor viaduct: Millwood bridge
Car dangling over the bridge is for a movie shoot
-Police/EMS/TFS attended to check the area
-no hazard#GO784131
^ka

Photographer Ken Townsend was near the scene, and captured images of the dangling vehicle.

In a tweet, Townsend said that the engine is missing, and the car is stripped. “This car looks like a film prop,” he said.

BREAKING: Car dangling from a cable from Milleood Bridge over DVP. No one inside. Details forthcoming. @680NEWS @BTtoronto @CityNews #WTF? pic.twitter.com/GMhf00TNtD