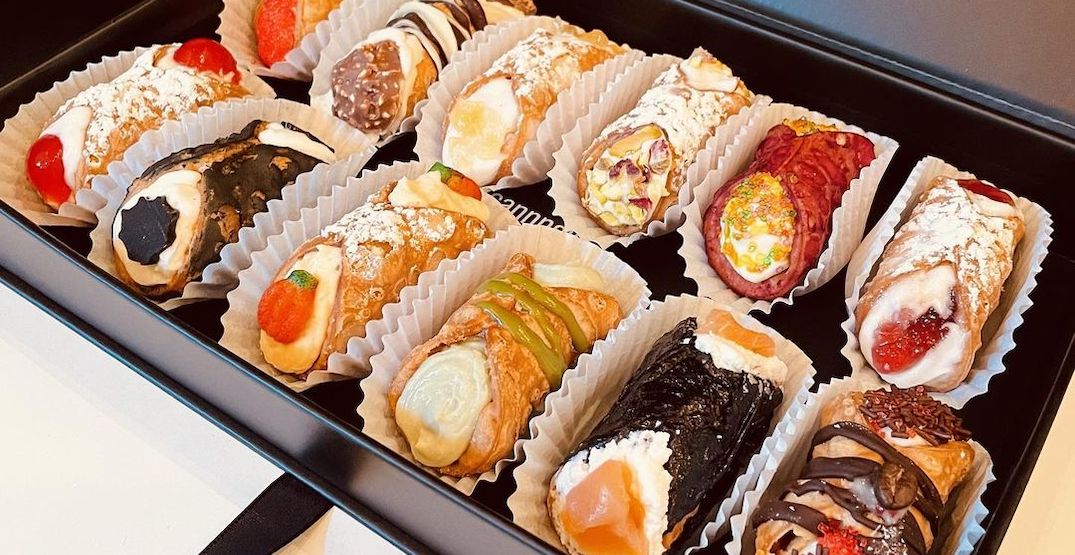 According to the dessert shop, Chef Maria, the mastermind behind the brand, has been a successful restaurateur for almost 25 years.

Though she worked at an authentic Italian scratch kitchen that specializes in pastas, salads, and the like, she’s now the brains behind Cannoli Crunch and has taken fusion to another level.

And when it comes to choices, they seem almost endless. There are monthly cannoli flavours like the Spikey Lychee cannoli, coco pops cannoli, and even savoury choices like sushi.

Customers can also get their hands on a jelly-filled cannoli with blackberry, strawberry rhubarb, and fig, among others.

Pricing ranges between $3.50 and $5, but when placing online orders for pickup, there is a minimum order of six cannolis.