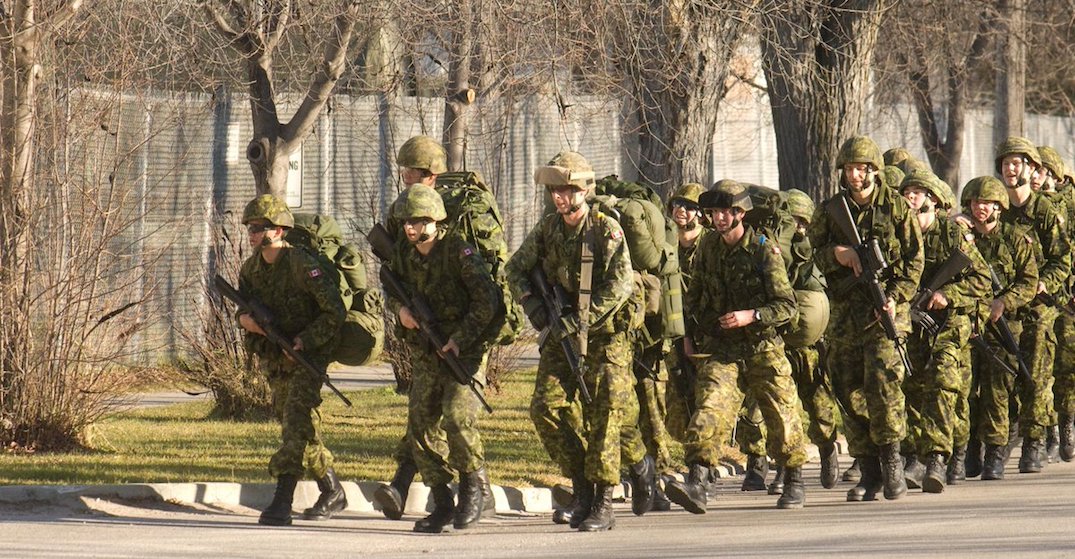 In order to keep the public from thinking we’re being invaded, Toronto Police are letting the city know that there’s a military training at Downsview Park this week.

For anyone in the area, police say the Canadian military officers will be doing combat fitness marches in full combat gear, with replica weapons starting today, October 24.

The marches will continue until October 26, and are expected to take place between 1 pm and 4 pm each day.

Either way, there will be no need to freak out, Toronto.