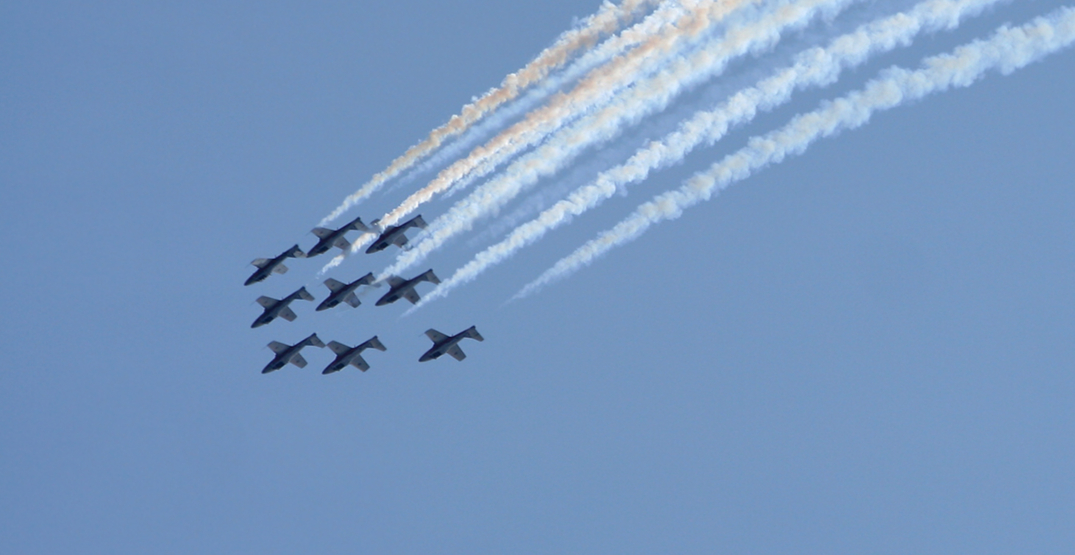 The air demonstration squadron will be taking to the skies this week, crossing Canada, and starting with a series of flyovers in New Brunswick and Nova Scotia.

The flights are part of a mission dubbed Operation INSPIRATION, which salutes those doing their part to fight the spread of COVID-19 in Canada.

“While Canadians may not be able to gather at air shows for now, we’re honoured to bring the Snowbirds team to Canadians and to pay special tribute to them,” said Lieutenant-General Al Meinzinger, Commander Royal Canadian Air Force in a release.

The Snowbirds will begin their journey departing CFB Greenwood in Nova Scotia at 11 am, before heading to Saint John for a 10:40 am flyover, followed by a 11 am flight over Fredricton.

The flights in Nova Scotia will leave CFB Greenwood at 2:30 pm, follow a flight route over the Portapique-area at approximately 2:50 pm, and finishing the flight over Halifax at 3 pm.

Officials noted that all timings are approximate and are subject to change based on the weather. The CF Snowbirds will provide updates on where they’re off to next on both their Twitter and Instagram pages.

As spectacular of a sight as it may be, Canadians to refrain from travelling to see the flyovers and to observe from the safety of their homes while maintaining physical distancing.