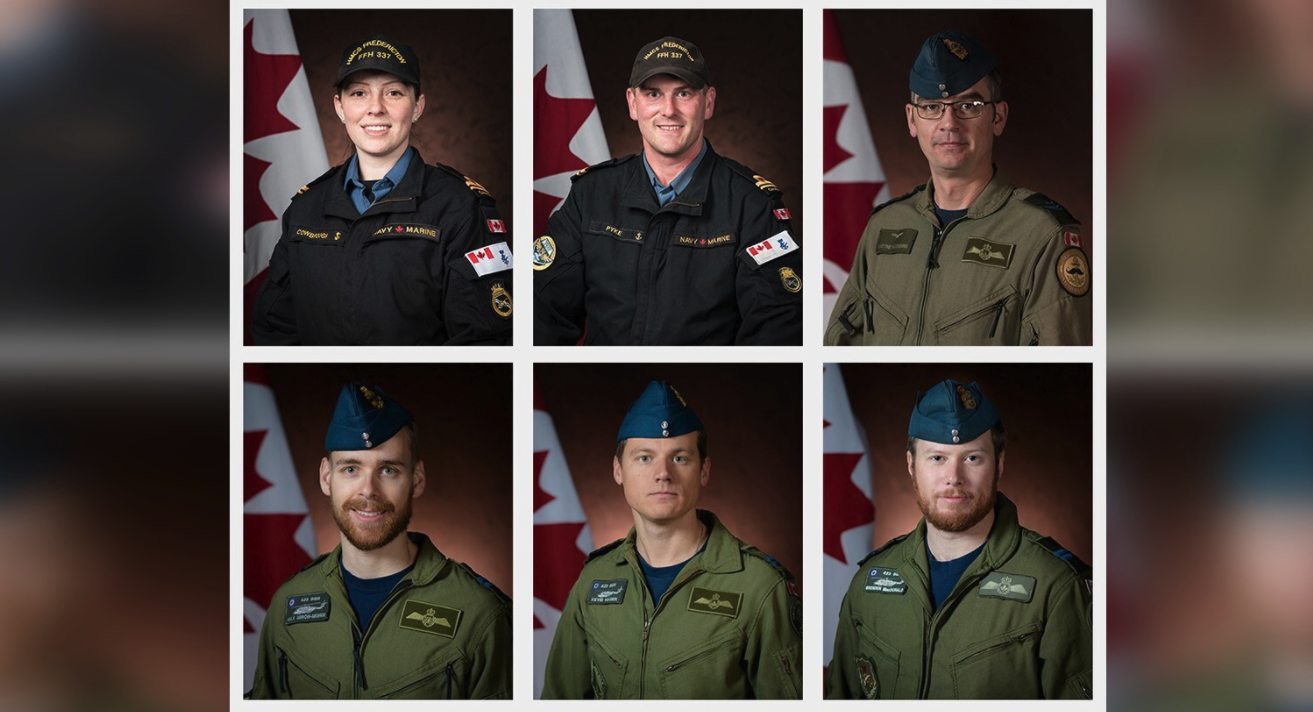 The five members missing in the fatal NATO helicopter crash off the coast of Greece on Wednesday have been identified by the Canadian Armed Forces.

On Thursday, the military confirmed that 23-year-old Sub-Lieutenant Abbigail Cowbrough, a Maritime Systems Engineering Officer originally from Toronto, was killed in the crash.

There were six members on board the CH-148 Cyclone helicopter.

The other confirmed missing members include:

According to the military, the “HMCS Fredericton and NATO allies continue to search for the other five members of the helicopter’s crew.”

The Minister of Defense said he was “deeply saddened” to learn of the “tragic incident” involving a cyclone helicopter off the coast of Greece.

“I wish to express my deepest condolences to their families, friends, and colleagues. Search and rescue efforts are ongoing with our NATO Allies for the five missing members and all available resources are being dedicated to this effort,” Harjit Sajjan said in a statement.

“This accident is a painful reminder of the dangers that members of Canada’s military face every day to ensure the safety and security of Canadians.”

Earlier on Wednesday, Canadian Armed Forces Operations confirmed that they lost contact with the CH-148 Cyclone helicopter that had been deployed on the HMCS Fredericton for Operation Reassurance.

Sajjan said the helicopter went missing during NATO exercises off the coast of Greece.

“The cause of this accident is unknown at this time,” said Sajjan during a press conference on Wednesday, adding that flight data has been recovered.

Chief of the Defence Staff General Jonathan Vance said that at 6:52 pm the Canadian Cyclone helicopter was conducting basic training serials alongside Turkish and Italian aircraft. A few minutes later, flares were seen in the water.