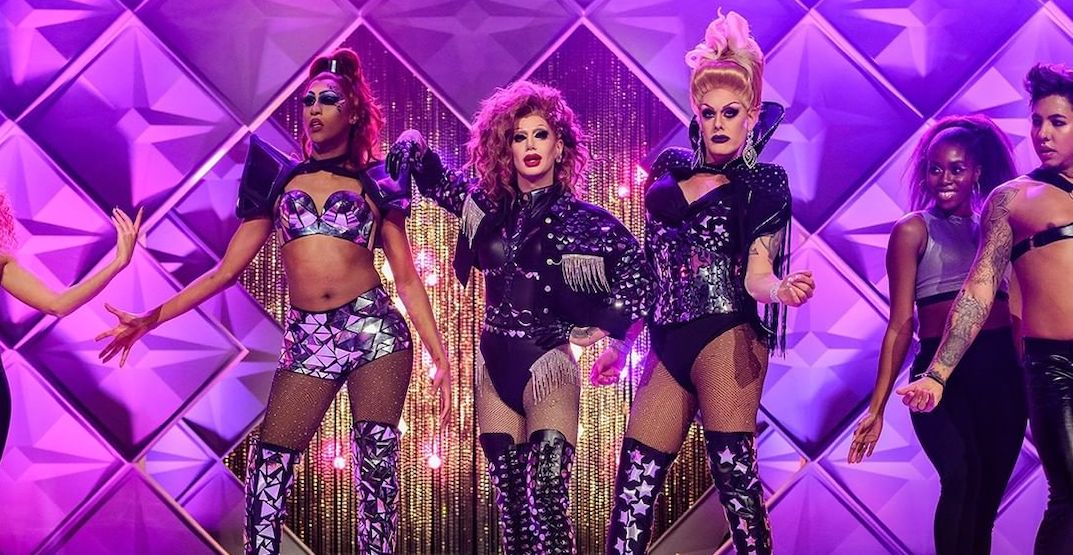 The Queens of the North are coming to Toronto.

Fresh off (literally) being crowned as Canada’s First Drag Superstar, drag queen Priyanka will be live on-stage performing alongside the show’s other top two finalists, Rita Baga and Scarlett Bobo.

The show will be hosted by Brooke Lynn Hytes and also feature performances by OA, Kiara, and Tynomi Banks.

Canada’s Drag Race Live features Jumbotron LED screens, concert-quality lights and sounds, food and beverage delivery, and of course, “one hell of a good time,” according to the show’s event page.

The show will be screening live at City View Drive-In from October 2 to 4.

The City View Drive-In is right along the waterfront, in the parking lot of 20 Polson Street.

The drive-in has been hosted various events through out the summer and is one of the venues showing films from the Toronto International Film Festival this year.

The venue is physical distanced and entirely contactless — you pay for tickets in advance and only leave your car for the bathroom. Merchandise and food are delivered to your car.

The show starts in Calgary in mid-September before heading to Saskatoon, Montreal, and then Toronto.

Tickets are available on the Voss Events website and range from $115 to $230 per two-person car.