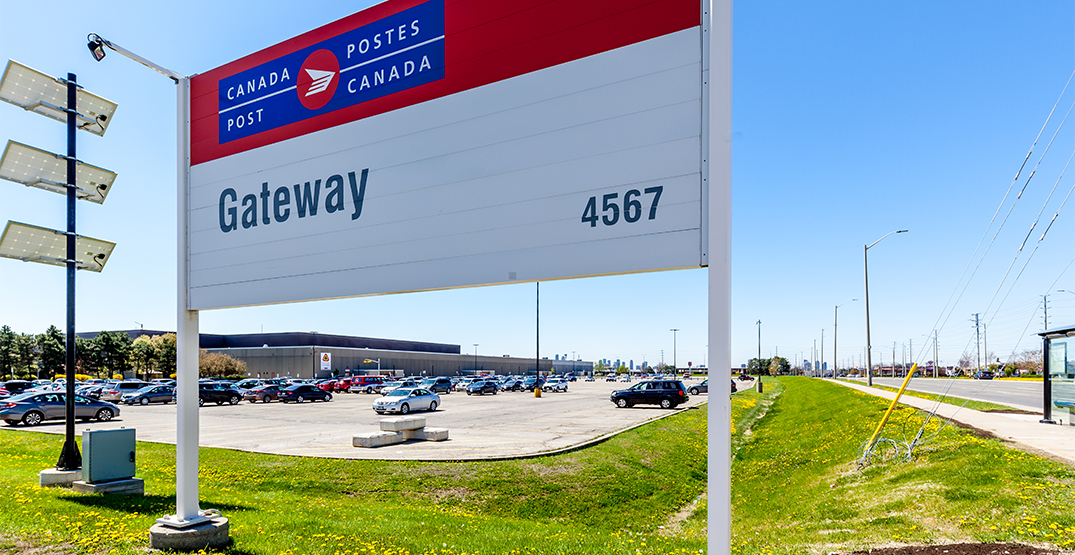 Mississauga’s mayor was outraged to hear that employees at a Canada Post facility allegedly held a retirement party with pizza, cake, and little physical distancing shortly before the depot shut due to a COVID-19 outbreak.

The party happened at the Gateway West facility in early April, Canada Post spokesperson Phil Legault confirmed to Daily Hive. A few weeks later, Peel Public Health ordered an entire shift to self-isolate and the depot partially shut due to a COVID-19 outbreak.

Photos provided to Global News by a worker show other employees gathered near a happy retirement banner. Although the employees’ faces are blurred in the image, Global reported that some were wearing masks, but others were not.

“This is incredibly irresponsible behaviour and it really, truly disappoints me,” Mayor Bonnie Crombie said at a news conference Wednesday.

“If they had a house party, it would be no different. We would be over there ticketing them.”

The party took place in the thick of  Ontario’s third wave of COVID-19 infections. The seven-day rolling average of new infections crossed 4,300 by the middle of the month.

“This is an unfortunate and isolated incident,” he said. “We take this matter seriously and have talked directly to those involved.”

Crombie also questioned why Canada Post hasn’t yet stepped up to offer an employer-led vaccination clinic for facility employees. In Ontario, large employers have the option of running a self-funded COVID-19 immunization clinic for employees, families, and community members.

The Gateway West facility was ordered partially closed when 12 employees tested positive for coronavirus within a week. Since being shut down on April 28, the facility has remained listed as partially closed on Peel Public Health’s workplace closures list.