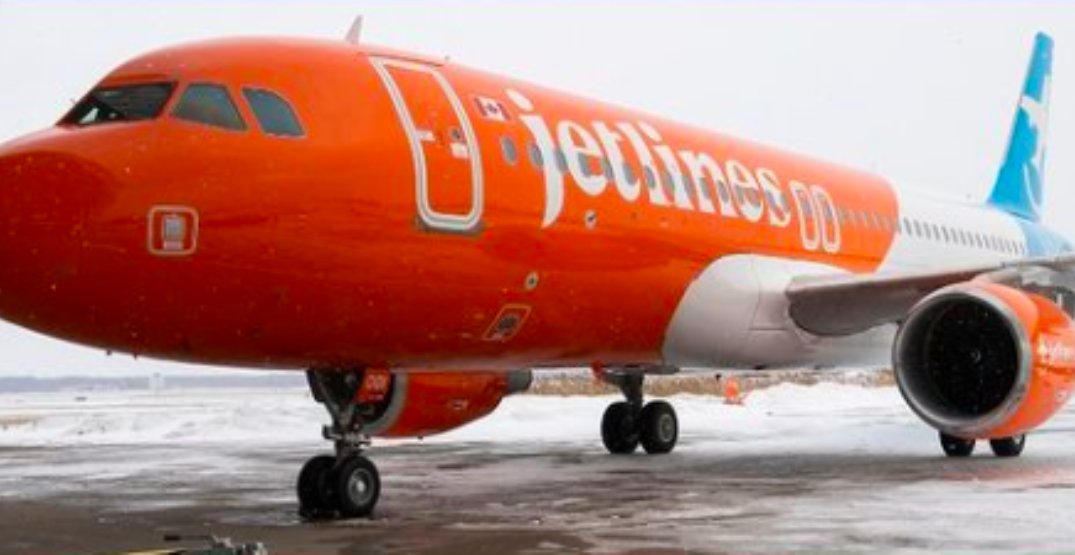 The budget-friendly carrier, Canada Jetlines, announced today that its first flight out of Toronto is set to take off on August 15.

The inaugural flight on Canada’s shiny new airline is Winnipeg-bound after landing a partnership with Winnipeg Richardson International Airport.

“We’re thrilled to have Canada Jetlines as our newest airline partner at Winnipeg Richardson International Airport and are excited to be part of its inaugural flight,” said President and CEO of Winnipeg Airports Authority Nick Hays in a press release.

One-way tickets Winnipeg, Manitoba, are available now, ranging between $136 and $228. Seats can be booked at Jetlines.com.

Next on the agenda for Jetlines are flights from Toronto to Moncton, New Brunswick with one-way pricing ranging from $185 to $328.

Daily Hive reached out to Canada Jetlines to find out more about the in-flight experience.

Canada Jetlines says it will offer an elaborate in-flight menu for guests, including breakfast sandwiches, chicken fajita wrap with tabouleh salad box, and a tapas tray among others. 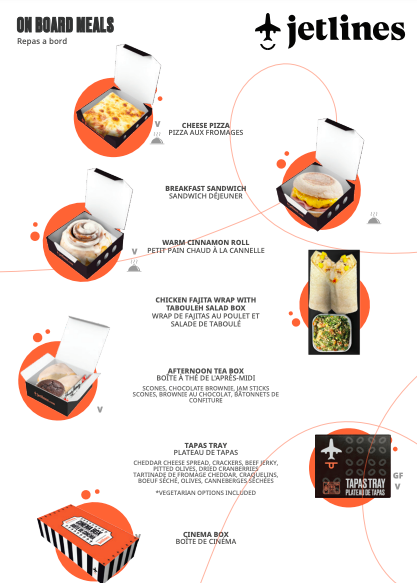 Additionally, treats and snacks plus an international beverage program will be offered.

As far as in-flight entertainment, while there are no screens, passenger seats will have a holder to prop up their personal device, with the ability to stream a selection of viewing options. There will also be a USB power supply and a six-way adjustable headrest for comfort.

The “premium leisure airline” has plans to branch out flights to the United States, Mexico, and eventually the Caribbean.

Special fares will be offered for a limited time for flights out of YYZ, and travellers are encouraged to sign up for e-mail updates to receive ticket discounts and news on upcoming destinations.