Every year, the CNE takes over Exhibition Place with rambunctious rides, funky foods and awesome attractions.

And bridging the gap between food and art is the annual display of butter sculptures. Mirroring the likes of many well-known figures, the dairylicious creations draw a crowd.

But this year, a truth about the sculptures has become obvious: they’re not made of solid butter.

An image of one artist sculpting was shared to Twitter, showing the foam form that it’s based on poking through the creamy spread.

TIL, the butter sculptures at the EX are just pieces of plastic covered in butter.

The responses to the Tweet ranged from sad to sadder to relieved (by the lesser amount of food waste implied by non-solid structures,) but butter artist Rebecca Hollett was simply surprised.

“[The artists are] laughing… we can’t believe no-one has noticed anything before,” Hollett told Daily Hive. “We never hide anything.”

Hollett says that for as long as she has been sculpting butter, there’s always been a need for some sort of support system for the creations. Reason being, “butter doesn’t like to hold itself up.”

“Even if it’s just a rod in the middle to hold up a form, because you’re working with gravity and the weight of the butter. I don’t think people realize how heavy the butter is… they’re 50lb blocks of butter,” she told Daily Hive.

Still, parts of the sculptures may end up being totally solid. Like the feet of the Raptor that Hollett is working on as part of the CNE’s “Victory” theme, for example. The head is almost totally butter too, she says. 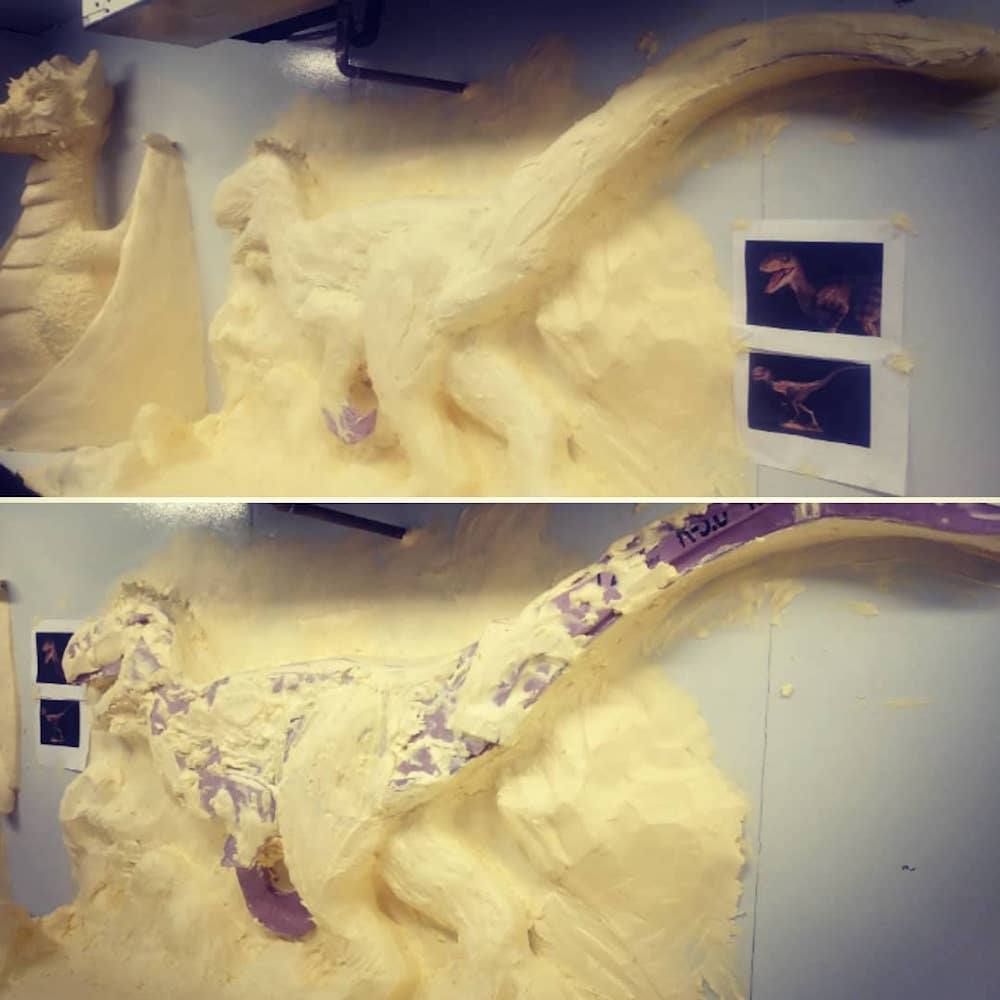 Hollett shared that last year, she created a sculpture of a cheese block with mice running through it. While the piece was mostly solid, the tails of the mice had wires and other supporting items sticking out of them for weeks and nobody said anything.

“Everything in the fridge right now has something in it,” Hollett says of the other works on display at this year’s CNE.

She notes that while this has always been the case, social media images focus so much on the end results that people may not have been paying attention to the process until now. 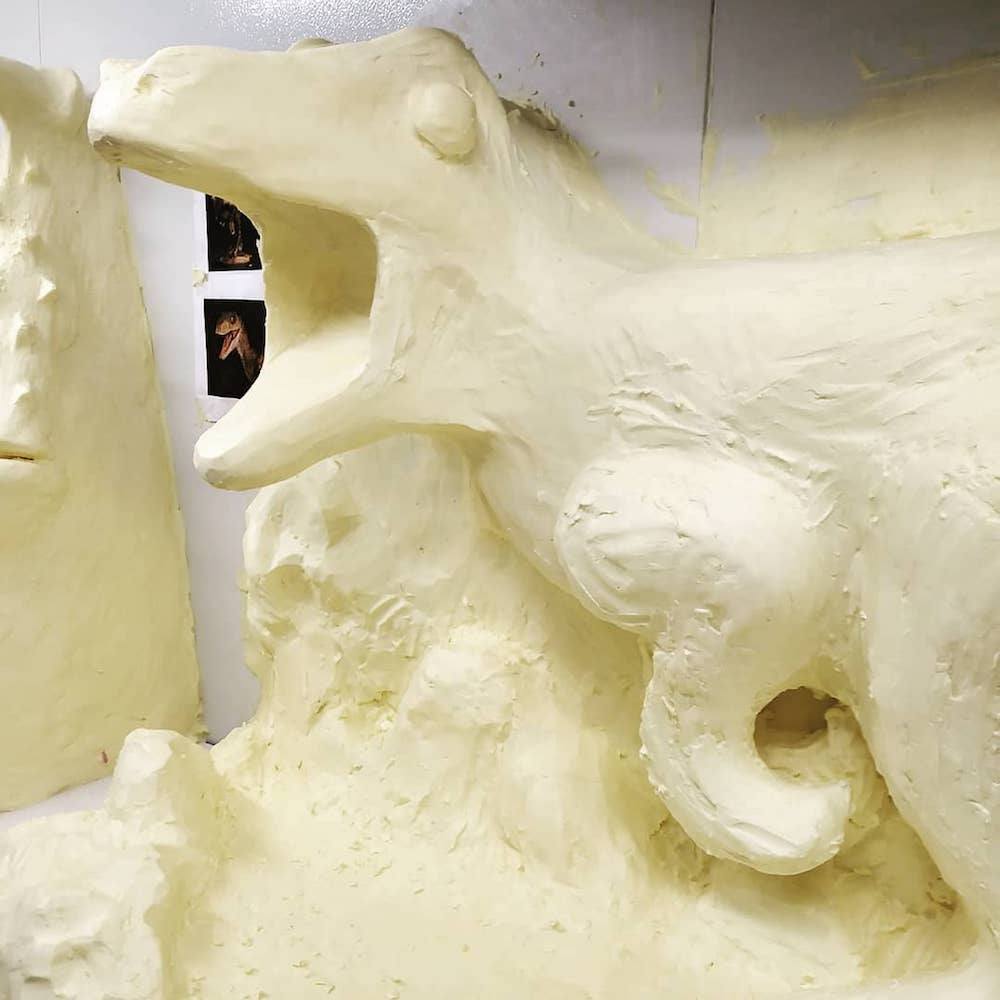 And social media focuses on other topics too, particularly sustainability. As previously mentioned, some responses to the “exposure shot” shared to Twitter expressed relief that it’s not that much butter being used.

Hollett was happy to report that the pounds on pounds of butter used for the creations are not fresh, but donated for the art once no longer edible.

“I won’t go into how old it is,” she laughs, “but it’s not fresh. It’s getting a second life as an artistic medium, and it’s not fit for human consumption.”

Hollett also shares that all the materials from the creations are composted and recycled after the Exhibition is over. 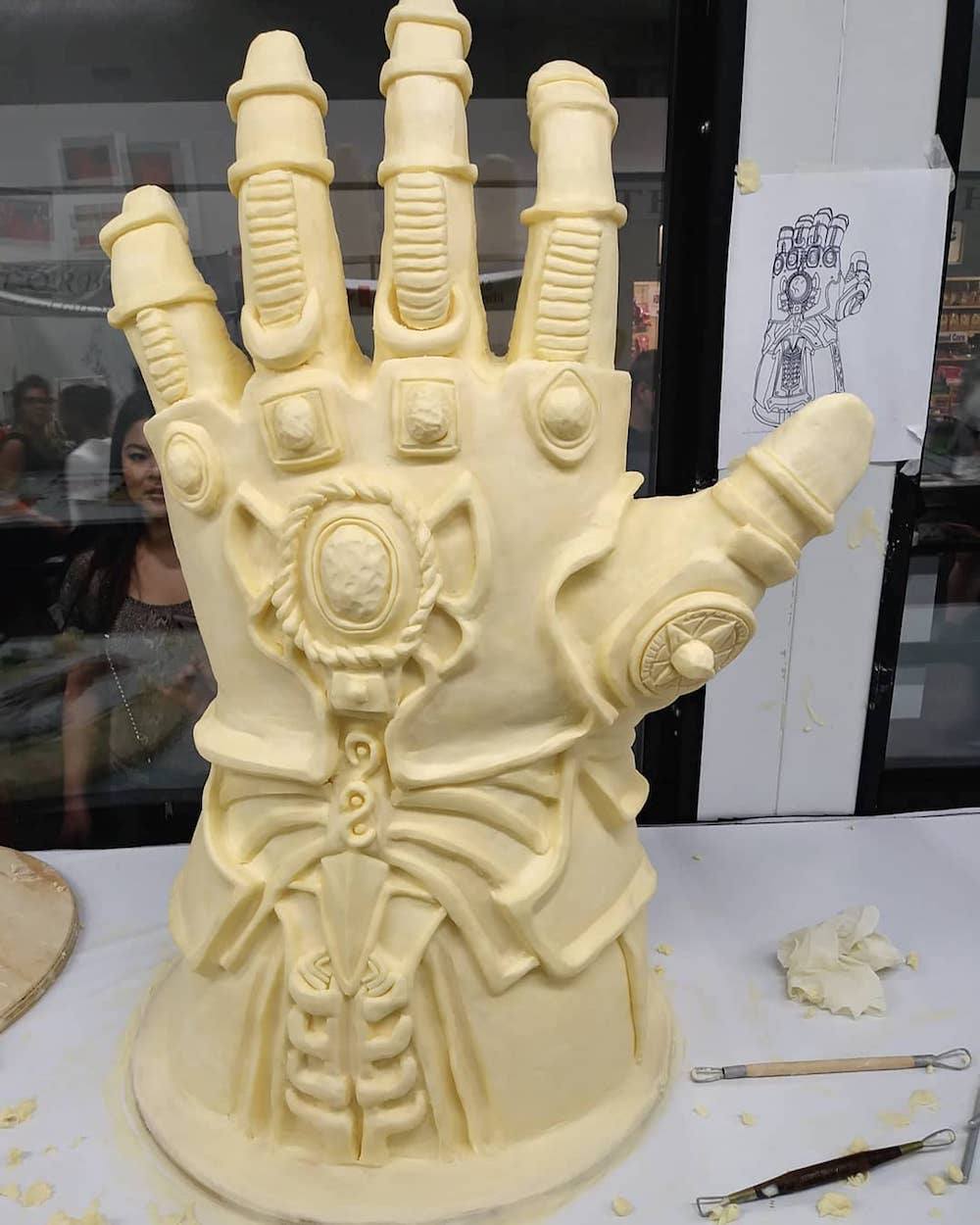 Where: Exhibition Place
When: August 16 to September 2, 10 am to 10 pm
Tickets: General admission is $19.99, tickets available online