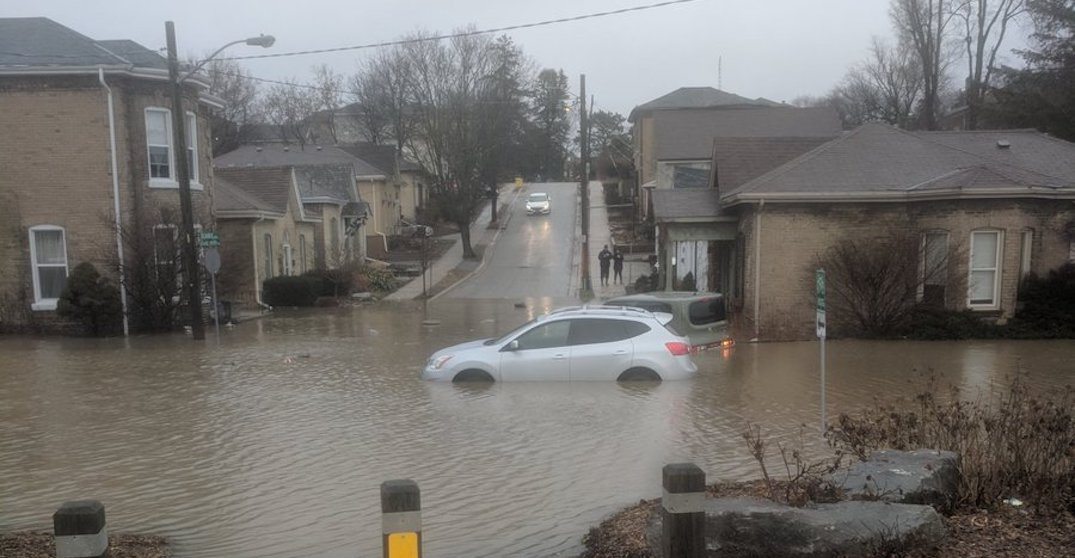 Just before 5 am on Wednesday morning, the City of Brantford tweeted an alert for evacuation due to flooding.

By 5 am, the City had issued an immediate evacuation notice for residents.

And by 8 am, Brantford Police were going door to door to let residents know of the evacuation. While it wasn’t the entire city of Brantford, a large portion of it is under the evacuation order.

The Grand River Conservation Authority issued a Flood Warning message for the City of Cambridge, Township of North Dumfries, Brant County and the City of Brantford.

“An ice jam upstream of Parkhill Dam released at approximately 2:00 am Wednesday morning. When this ice jam released it sent a surge of water downstream,” it said.

This is beside lions park in brantford of grand river @weathernetwork pic.twitter.com/kevGLTSsJs