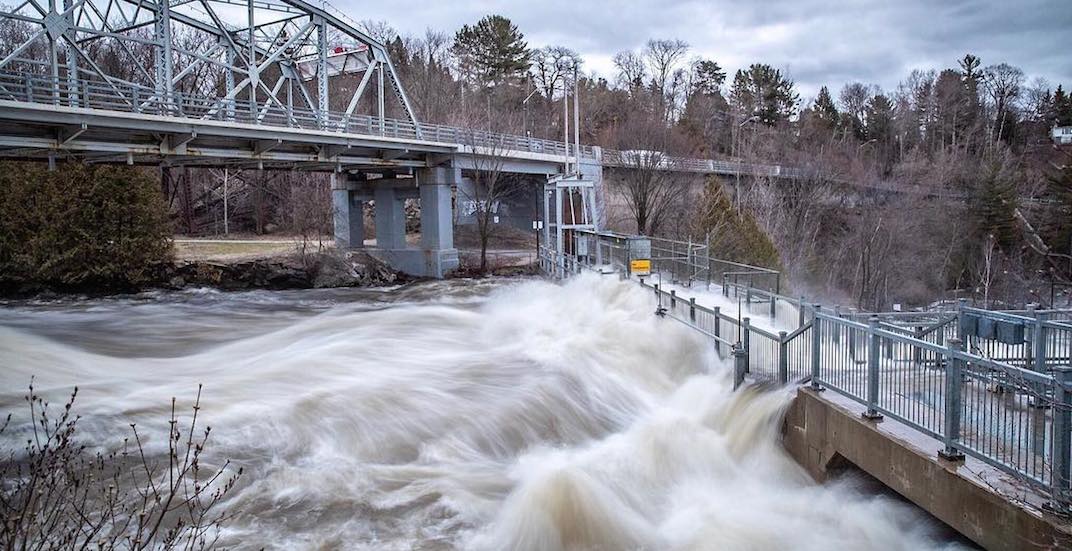 Ontario’s beloved cottage country is now under a state of emergency after rain and snowmelt have caused river and lake waters to rise significantly.

As of Wednesday, the Muskoka communities of Bracebridge and Huntsville, which are located nearly two-hours north of Toronto, have declared flood emergencies.

There is a declared flood emergency in #Bracebridge. Our first priority is your well-being and safety. If flooding is threatening that, you need to call 9-1-1. https://t.co/dg6wAoAkpC

As water levels and flows continue to rise, the town of Bracebridge advised its residents to avoid the following areas:

Residents have also been advised to avoid all areas affected by past flooding.

The Town of Huntsville advised residents who experienced flooding in 2013 to be prepared for a similar situation this year.

“High water levels will continue in the Huntsville area for the next 72 hours as large amounts of spring runoff pass through the system. Localized flooding and roads closures will continue as we experience water levels equal to the 2013 flood event,” the statement read.

Heading into the weekend, another dose of rain is expected as a system from the US is set to pull in ample moisture from the Gulf of Mexico, according to The Weather Network.

The forecast is showing a wide-spread 20 to 30 mm of rain for Friday, with over 40 mm of rain expected in some areas, according to The Weather Network.

Photos shared on social media show alarmingly high water levels and localized flooding, which has washed out a number of roads.

The dam at the falls is getting a workout this morning. Flooding in some low-lying areas. Lost a culvert on a rural road. Our awesome road crews out monitoring, marking and repairing as necessary. #bracebridge pic.twitter.com/MU2Dft896P

A post shared by Algonquin Outfitters (@algonquinoutfitters) on Apr 22, 2019 at 6:49am PDT