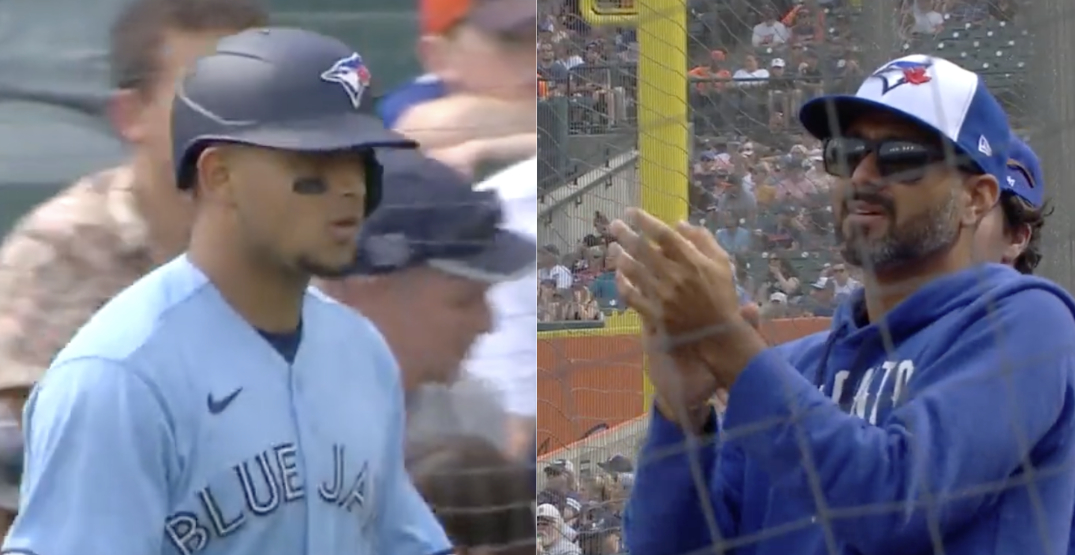 Gabriel Moreno might not remember his first Major League at-bat was a first-pitch ground out back to the pitcher, but the Toronto Blue Jays top prospect is sure to remember what preceded it.

A bit of a standing ovation to celebrate the youngster’s arrival.

Moreno, the consensus pick as the Blue Jays’ top prospect according to virtually every scouting service, received some heavy applause from the Toronto fans in attendance at the visiting Comerica Park before jumping into the batters box for his first swing as a big leaguer against the Detroit Tigers on Saturday.

Moreno has a .324 batting average, .380 on-base percentage, and .404 slugging percentage in 36 games so far this season with the Buffalo Bisons, the AAA affiliate of the Blue Jays. He also has one home run and 23 RBIs.

Growing up in Venezuela, Miggy was Gabriel Moreno’s hero.

Today, they met for the first time as Major Leaguers ❤️🇻🇪 pic.twitter.com/supC4zqoH4

Toronto originally scooped up Moreno for $25,000 as an international free agent signing out of Venezuela six years ago, when he was just 16. He was added to the Jays’ 40-man roster after the 2020 season, and has played for five separate affiliate teams since 2017.