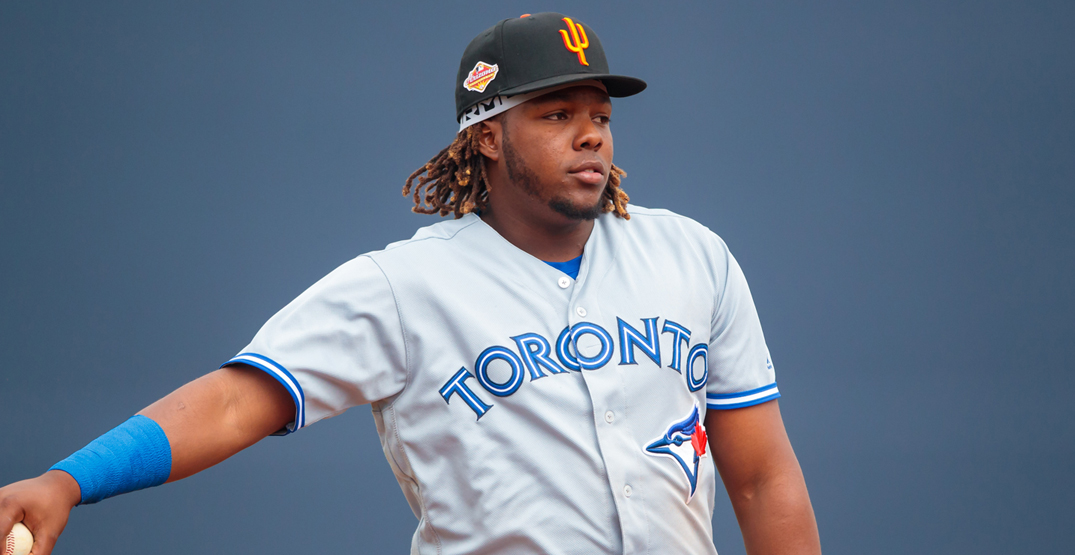 The Toronto Blue Jays have yet to make it official, but all signs point towards the promotion of their top prospect, catcher Gabriel Moreno. He currently sits as the number four prospect in all of baseball, and he’ll soon put on a big league uniform for the first time.

Over the years, the Blue Jays have been fortunate to draft and develop some stellar prospects, and they’re enjoying the fruits of their labour right now with former up-and-comers like Vladimir Guerrero Jr. and Bo Bichette.

As the Blue Jays attempt to juggle three catchers on their roster, it looks like Moreno will play a backup role to starting catcher Alejandro Kirk. The fact that Moreno has arrived as a reinforcement during this contenting year is good news for Blue Jays fans.

Why not reminisce about the other top prospects who graced Toronto’s organization over the years? Some were All-Stars, some flamed out, and others never lived up to the prospect hype.

Take a trip down memory lane remembering of the best Blue Jays prospects from the past, according to Baseball America’s Top 100 Prospects list.

The Blue Jays had two picks in the first round of the 2017 draft, and while they selected Logan Warmoth with their first pick, they took a bit of a flier on right-hander Nate Pearson.

Powered by a 100+ mile an hour fastball, Pearson skyrocketed up the top prospects list to where he was the top right-handed pitching prospect in baseball. He made his big league debut on July 29, 2020 against the Washington Nationals.

Fun fact: the Blue Jays drafted Nate Pearson thanks in part to Edwin Encarnacion. Pearson was the Blue Jays’ first round compensation pick for losing Encarnacion to free agency.

Heading into the 2019 campaign, the Blue Jays were rife with high-end prospects. Vladimir Guerrero Jr. was the consensus number one prospect in baseball, and shortstop Bo Bichette wasn’t far behind him in the top ten.

After tearing up the minors for the better part of a year, Guerrero finally forced the Blue Jays’ hand on April 24, 2019, when they promoted their superstar prospect and handed him the reins to the everyday third baseman’s job.

Bichette found his way onto the roster by the end of July 2019, and it’s been history ever since, with both players earning an All-Star nod last year. The arrival of Guerrero, Bichette and Cavan Biggio signalled a new phase for the Blue Jays; something that hadn’t happened since the early 90s, spearheaded by another trifecta of stud prospects (more on that later).

Travis Snider was supposed to be the next big thing for the Toronto Blue Jays, and for a fleeting moment, he was. Just over two years after the Blue Jays drafted him, Snider made his highly anticipated debut in the Bronx against the New York Yankees.

During his rookie season in 2008, he posted a .301/.338/.466 slash line with a 114 OPS+ in 24 games for the Blue Jays. That brief stint in the majors vaulted him into the number six spot on Baseball America’s pre-season prospect list.

Snider was the last of his kind for a while in Blue Jays land, as they didn’t have a top 10 prospect for nearly a decade.

Alex Rios was the total package. He could hit, hit for power, run, field and throw. A true five-tool threat, and the Blue Jays expected big things from their first-round draft pick in 1999.

It was a meteoric rise for the Puerto Rican outfielder, as Rios climbed the ladder into the Top 10 prospect list and sat at number six prior to the 2004 campaign. He broke into the show in late May 2004 and finished fifth in AL Rookie of the Year voting.

By the time 1997 rolled around, the early 90s World Series Champion Toronto Blue Jays were a shell of their former selves. After three consecutive losing seasons from 1994 to 1996, the Jays reached the top of the litter for draft picks at the 1997 MLB entry draft.

During the mid-90s, the Blue Jays had drafting and developing stud prospect players down to a science. Year after year during that decade, the organization boasted an assembly line of top 10 prospects in the pipeline.

Outfielder Shawn Green completed the trifecta of Toronto’s top prospects, and along with Alex Gonzalez and Carlos Delgado, helped usher in a new era of Blue Jays baseball.

Although he played parts of seasons in 1993 and 1994, Green didn’t really start turning heads until his first full season in 1995, which saw him finish fifth in Rookie of the Year voting.

Alex Gonzalez might be the biggest case of “found money” on this list who transformed himself from a mid-round draft pick to a legitimate big leaguer.

The Blue Jays chose the aforementioned Green with their first overall pick in the 1991 draft, but 12 rounds later, they plucked the Cuban-American from Killian High School in Miami. In two years, Gonzalez rose from 62 on BA’s Top 100 list to number four by 1994.

Carlos Delgado was the first of the Blue Jays’ new triad to crack Baseball America’s top 10. At 16 years old, he was courted by the Blue Jays and signed as an amateur free agent. Legendary scout Epy Guerrero had a hand in discovering Delgado (along with other Blue Jays greats like Tony Fernandez).

Initially drafted as a catching prospect, Delgado experimented as a left fielder in 1994 and 1995 before the Blue Jays shifted him over to a full-time first baseman in 1996.

As one of the original top prospects for the Toronto Blue Jays, John Olerud has the rare distinction of jumping straight from college into the Major Leagues. Toronto picked him up in the 1989 amateur draft and he was with the big club by season’s end.

Despite a tiny sample size in 1989, the hype surrounding Olerud was enough to vault him into the number three spot on Baseball America’s pre-season top prospects list. Three years later, Olerud was an All-Star and won a batting title in 1993.