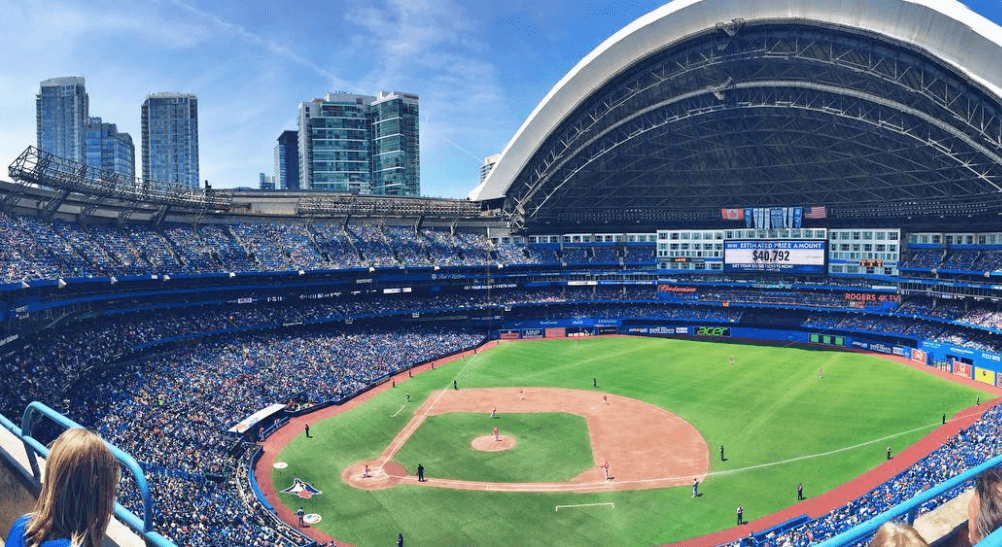 For those who love the Blue Jays, but don’t love the cost of a bite to eat while watching the game, consider bringing a cheaper bite from outside the stadium.

According to the Blue Jays’ official website, there are a wide variety of foods that you’re allowed to bring into the game from the outside world.

“Rogers Centre allows guests to bring food into the stadium as long as the items are wrapped, bagged or left inside a container to avoid spillage. Food containers must be soft-sided and small enough to fit under the guest’s seat,” the site reads.

So that’s a yes for burritos, pizza, samosas, street meat slipped into a paper bag, spaghetti, and anything else that can be contained in a container… tupperware or otherwise.

“Plastic bottles and/or cans holding 600 ml or less and non-alcoholic beverages will be permitted in Rogers Centre,” it says.

Yay, juice! But, alas, no alcohol allowed. From outside, anyway.

Don’t fret though. While you may not be able to bring beer store brews, you’ll be able to get a $5 can from one of the Dugout Deals kiosks. And if you want to re-stock your snack stash, all food items at these stands are five buckaroos as well.

Looks like there will be no more tears over spending a bajillion dollars on one hot dog during Jays games.

Which is an important development, because there’s no crying in baseball.