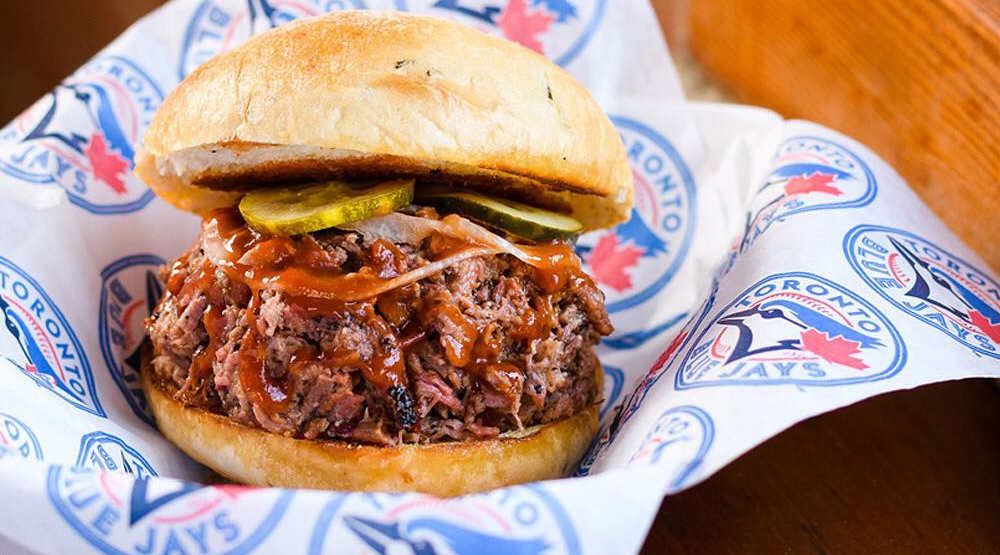 It’s not just about hot dogs, peanuts, and pretzels at ball games anymore. The menu at the Rogers Centre is getting a local flair with a focus on Toronto eats.

Today is Day 1 of Pop Up Kitchen! You can find some juicy sandwiches and Frito pies, curated by Cherry St BBQ at section 209! #TOBallParkEats #bbq #smoked @MLBFood @BlueJays @AramarkSports pic.twitter.com/LrTKrpX8fo

The Pop-Up Kitchen is stationed outside of section 209. These restaurants won’t have their full menu available, but fans will have three to four unique items to choose from at Blue Jays games.

In the case of Cherry St. Bar-B-Que, they’re selling pulled pork sandwiches, chopped beef sandwiches, and something called a “Frito pie”. These are unique items you won’t find anywhere else inside the ballpark.

In the coming weeks, Mi Taco Taqueria will be on hand at the Rogers Centre from July 20th to August 26th, followed by East York’s own Knuckle Sandwich from September 3rd to 26th.

Come to the games hungry this summer, because we're bringing you all new tasty eats with the launch of our Pop-Up Kitchen in Section 209

Starting this week, you can enjoy @CherryStBBQ, followed by @mitacotaqueria on July 20th, and lastly Knuckle Sandwich on Sept. 3rd. pic.twitter.com/WOZU2WUPmf

This pilot project is a way for the team to gauge fans’ interest in local concessions. If successful, the club hopes to feature even more local options to their fans next year, which means you could be seeing plenty more local eats at Blue Jays games.

The Pop-Up Kitchen goes along with the other brand new menu items unveiled at the Rogers Centre for the 2018 season, which includes the log cabin waffle sandwich, tater tot poutine, Korean beef tacos, fish and chips on a stick, vegan nachos, and cookie dough in a cup.