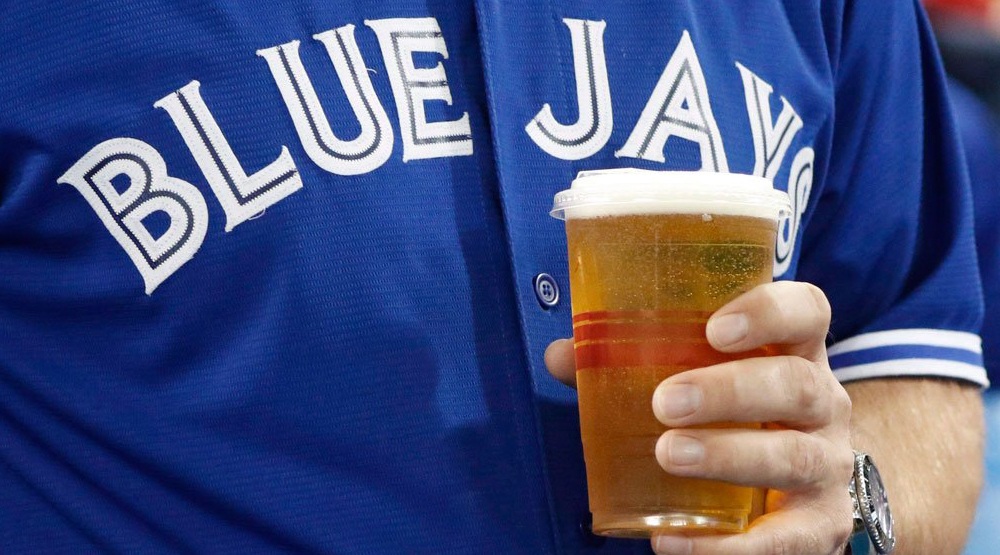 A few years ago, five dollars wouldn’t get you very much at the concession stand at a Toronto Blue Jays game. In 2019, five dollars (plus tax) gets you a 355 mL can of beer. However, five dollars won’t buy you a craft beer, because those are hard to find at the Rogers Centre.

That could be changing, though. Last month, the Blue Jays sent out a survey to their season ticket holders gauging interest about beefing up the craft beer selection at the Rogers Centre.

This isn’t the first time the Blue Jays took the temperature of the fan base and used their feedback to make changes to the game day experience. In July of 2017, the club floated the idea of shifting Saturday afternoon home games from the typical 1:07 pm start time to 4:07 pm. A change was made the following season.

When asked for comment by the Blue Jays, the club couldn’t confirm if or when craft beer would appear on the concourse, but they iterated they use fan feedback to improve the overall experience at the Rogers Centre.

“We collect feedback from fans on a regular basis and use their input to test different promotions, with the overall goal of improving and adding more variety at Blue Jays games,” a Blue Jays spokesperson said.

“Last season, we introduced a number of new concepts, including Pop-Up Kitchen, and have brought back some of these elements in 2019 based on the positive fan response. Food and beverage is an area that our fans are passionate about and we continue to learn what they value from these offerings in order to enhance their experience at the ballpark.”

Great Lakes Brewery — one of the most prominent Toronto craft breweries named in the fan survey — was pleased to see their brewery among the list of potential considerations. Great Lakes Brewery’s marketing and communications manager Troy Burtch was encouraged by the news.

Gordie Levesque would love to see fresh cans of Canuck Pale Ale at the Dome during @BlueJays games… wouldn’t you? https://t.co/koX057lp6V pic.twitter.com/9wVgK3uirJ

“Great Lakes was excited to see and hear the Blue Jays survey their fans about craft beer, something that many people have been discussing recently,” Burtch said. “Seeing our name on the list was terrific too, and should we ever get the call, to supply fresh cans of Canuck Pale Ale to the Rogers Centre, for Canada’s team, we’ll be ready and able to give fans the good stuff.”

In the past, the Blue Jays have dabbled with craft beer sales at the Rogers Centre, but nowhere near other stadiums around Major League Baseball. The Chicago White Sox feature over 75 craft beers at Guaranteed Rate Field inside their “Craft Cave.” The Seattle Mariners have over 20 different craft beers on tap at T-Mobile Park.

The Toronto Wolfpack introduced a craft beer garden last season and bolstered their roster of craft beer taps for the 2019 season. Wolfpack fans will find Amsterdam, Collective Arts, Great Lakes, Left Field, and Muskoka beer inside the craft beer garden, among many other GTA-based breweries. Those aforementioned breweries were also on the Blue Jays’ fan survey list.

It only makes sense for the Blue Jays to feature local or Ontario-based brewers on the Rogers Centre concourse. Whether fans are coming from afar, or they’re native Torontonians, they’ve expressed their interest in enjoying local craft beer at Blue Jays games.

Burtch of Great Lakes Brewery says it would be a welcome change to introduce some local beloved brews from the GTA at Blue Jays games.

“As one of Canada’s oldest independently owned and operated craft breweries, we’ve witnessed the change throughout North American sports stadiums from mass-produced multi-national to craft beer,” Burtch said. “It’d be an honour to have our Canuck Pale Ale in the Rogers Centre for the passionate Blue Jays fans and we’re sure the general public would welcome that change here in Toronto.”

For now, $5 is the going rate for a small can of macro lager at a Blue Jays game. However, as fans demand more from their baseball team, they’re also demanding that craft beer has a bigger representation at the Rogers Centre.