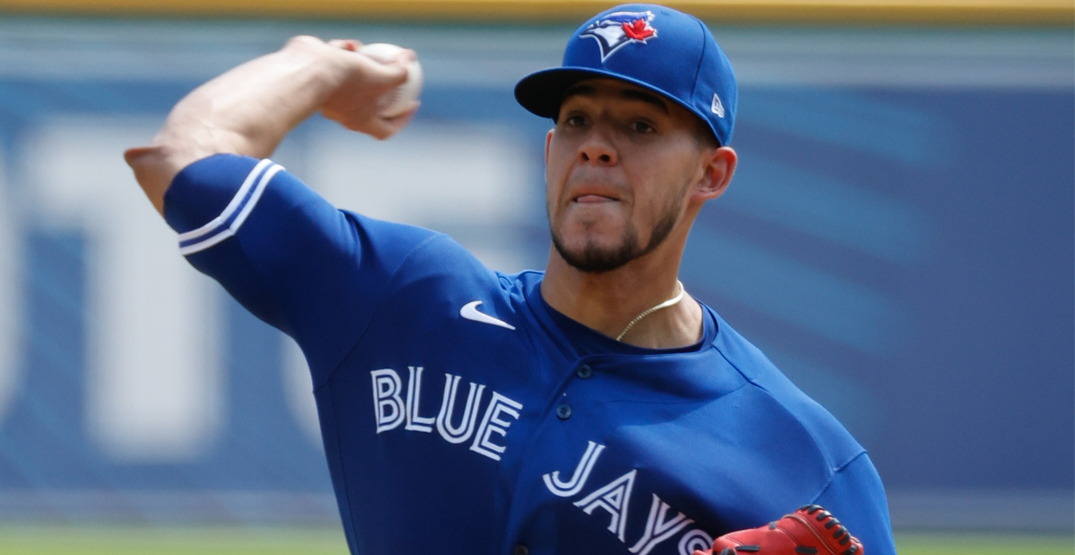 He wasn’t due to become a free agent for one more year, but Jose Berrios will be a member of the Toronto Blue Jays for the next five seasons, at least.

According to several reports, Berrios and the Blue Jays agreed upon a seven-year contract extension worth $131 million total. The Athletic’s Ken Rosenthal reports the deal includes a player opt-out clause after the fifth year of the contract.

Jeff Passan of ESPN also reports the contract extension includes no-trade protection to a handful of teams. Yes, a no-trade clause to keep a player in Toronto for once. Who would’ve thunk it?

On the surface, this didn’t seem like a pressing piece of business, considering the Blue Jays have several marquee free agents who are on the open market, but the Berrios extension is a very important piece for the future of this club.

Pencilling Berrios in the Blue Jays’ starting rotation now lines him up with two key cogs in the position player core, Vladimir Guerrero Jr. and Bo Bichette, who are under team control through the 2025 season.

With a promising young nucleus of players and a team who just authored an impressive 91-win campaign, it’s easy to see why Berrios signed on the dotted line to stay in Toronto.

At the time of the trade, the Blue Jays gave up their 2020 first-round pick in Austin Martin and another of their top 10 prospects, Simeon Woods-Richardson. Some viewed it as an overpay for a starter who only had one-plus years of team control, but in retrospect, it was worth it for the Blue Jays.

Re-signing an AL Cy Young finalist Robbie Ray seems like a higher priority, but locking up Berrios is low-key one of the most important transactions the Blue Jays will make this offseason.

As of now, the Blue Jays’ starting pitching depth chart looks like Berrios, Hyun-Jin Ryu, Alek Manoah, Ross Stripling, Nate Pearson and Thomas Hatch. There were definitely be additions to that core this winter, but locking up at least one of those arms was a wise move.

In essence, the Blue Jays earmarked the cash they could’ve given to Robbie Ray and handed it over to Berrios instead. Berrios is three years younger than Ray, and although he’ll likely add a Cy Young to his trophy case next week, Berrios has the better track record over his career.

As stellar a season as he had, there might be an inclination to back up the Brinks truck for Ray and expect him to be the best starter in the American League again next year. It’s difficult to imagine him replicating those results again, while Berrios has been the far more consistent starting pitcher since debuting for the Twins in 2016.

By locking in Berrios now, the Blue Jays also avoid having to do the song-and-dance of free agency, a situation they’re entrenched with several players at the moment. When the Blue Jays acquired Berrios on July 30 earlier this year, they started their exclusive negotiating window for an extension; and it took less than four months to get done.

The right-hander led the American League with 32 starts split between the Twins and Blue Jays, and his numbers were fairly identical with both teams in 2021. Year-over-year, he trimmed his walk rate by 3.8% to 5.7% total, the lowest of his career.

He already has the makings of a future Cy Young-winner, but one wonders whether the Blue Jays feel like they can help push Berrios over the top and make him an even better pitcher, a la Ray.

The Blue Jays picked up the former Arizona Diamondbacks starter off the scrap heap at the 2020 trade deadline, and then he shaved his walk rate from 20.1% in Arizona to 6.9% with the Blue Jays just one year later.

By the end of August, Berrios and the Blue Jays’ pitching staff refined his delivery to a much simpler, more repeatable windup. During his final seven games of the season after this adjustment, Berrios posted a 2.93 ERA, striking out 28% of the batters he faced.

Fortifying the starting rotation for the foreseeable future also helps this team, who may have a lot of starting pitchers in flux over the next few seasons. Hyun-Jin Ryu will be in the third year of his $80 million deal next season, and beyond the 2023 season, the Blue Jays didn’t have any money on the books for a starting pitcher.

With all due respect to Ray, who is virtually a lock to win the American League Cy Young award, $131 million is better spent on someone like Berrios; someone who may have multiple Cy Young awards in his future.