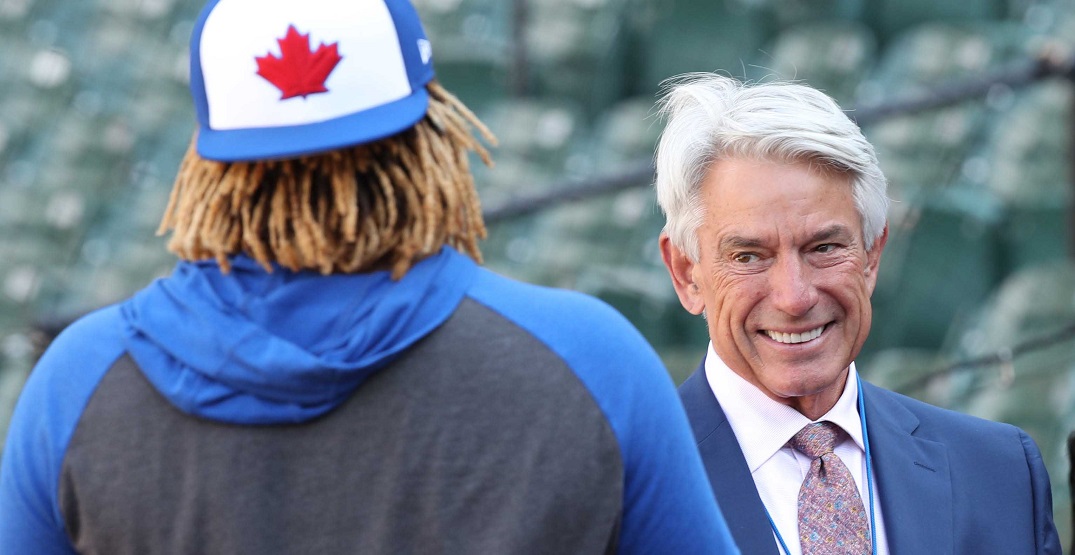 Toronto Blue Jays broadcaster Buck Martinez could be back on the airwaves before the end of the season.

Martinez left the booth in April after being diagnosed with cancer, but only intended for the absence to be temporary.

“Today will be my last game in the booth for a little while as I have recently been diagnosed with cancer and will begin the process for treatment in the coming weeks,” Martinez wrote in a statement at the time.

“I’ve been so honoured and privileged to have the support of Blue Jays fans, colleagues, staff and players since I arrived here in 1981, and that continued support through this next challenge means the world to me.”

But Martinez’s broadcast partner Dan Shulman shared some positive news: he’s “feeling good” and could return later in the season.

Talked with Buck today. He is feeling good and says his treatment is going very well. Hopes to be back later in the season!

“Talked with Buck today,” Shulman tweeted on Wednesday. “He is feeling good and says his treatment is going very well. Hopes to be back later in the season!”

Shulman had given Martinez an emotional temporary goodbye during his most recent game in April.

.@DShulman_ESPN with a touching sign-off for Buck Martinez who is taking a leave of absence for cancer treatment. 🙏 pic.twitter.com/1FLjIkkzgH

Buck Martinez originally joined the Blue Jays’ organization as a player in 1981, and has since served nearly every role in the organization: from player, to manager, to play-by-play, sideline reporter, and colour commentator for the team.