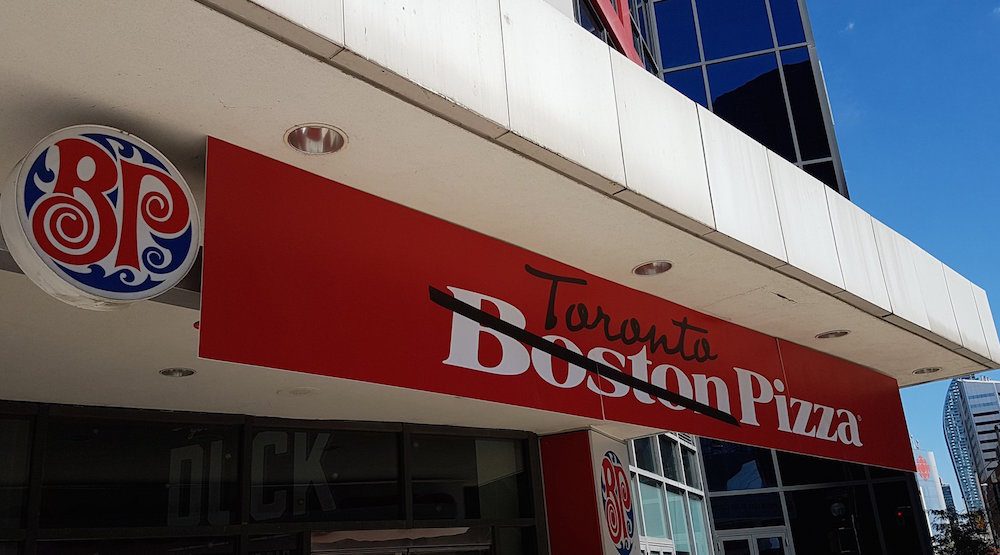 The Toronto Blue Jays begin an important three-game series against the Boston Red Sox at Rogers Centre on Friday, and Boston Pizza has taken note.

The Boston Pizza near Rogers Centre at the corner of Front Street and John Street has temporarily changed its name to ‘Toronto Pizza’. With the importance of the next three games for the Blue Jays, it’s a smart marketing ploy.

This is a move that Boston Pizza has made before in other Canadian cities. The restaurant chain changed its name to ‘Vancouver Pizza’ in Vancouver and ‘Montreal Pizza’ in Montreal while the Boston Bruins played in playoff series against their respective NHL teams.