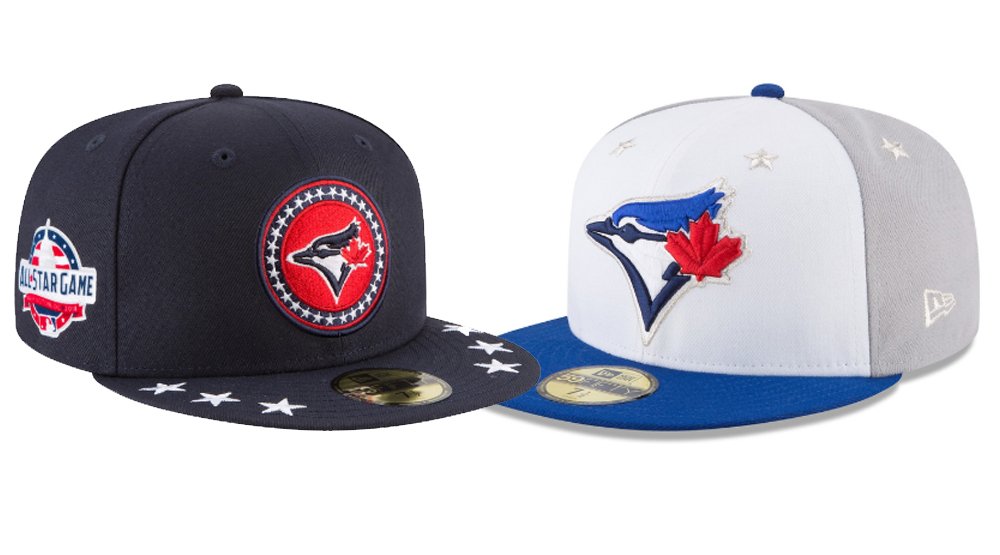 The Toronto Blue Jays may not have many very All-Star calibre players on their roster right now, but there will be at least one representative on hand for the 2018 MLB All-Star Game on July 17th.

One of the most democratic aspects of the MLB All-Star Game is there has to be a player there from all 30 teams, regardless of how bad the team is. So, no matter what, by default, one Blue Jay will be there for the Mid-Summer Classic.

Maybe it’s J.A. Happ. Maybe it’s Yangervis Solarte. It could even be Kevin Pillar. Regardless of which player or players make their way onto the American League All-Star team, they’ll be sporting some special uniforms for the occasion.

Since this year’s All-Star Game is in Washington, the uniforms and caps have a very patriotic feel to them. This is the cap the custom cap the Blue Jays will wear for the game. 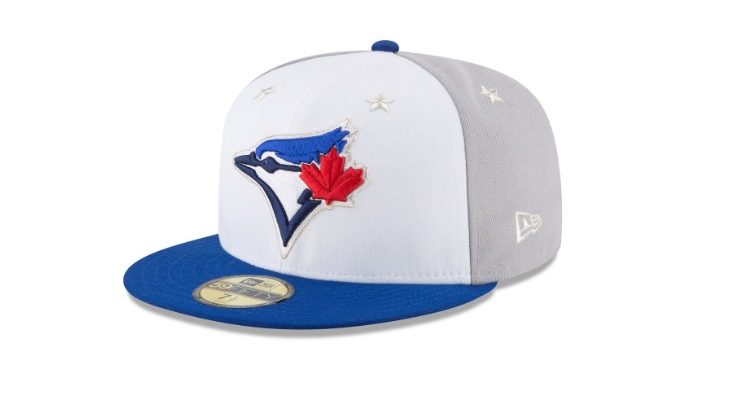 Every team features a white panel cap, which isn’t a far departure from a cap the Blue Jays wear already. Just substitute the gray panels for royal blue and you have one of the Jays’ usual home caps.

The uniform itself isn’t anything special, there’s just a red-tinged Blue Jays logo on the left arm patch. 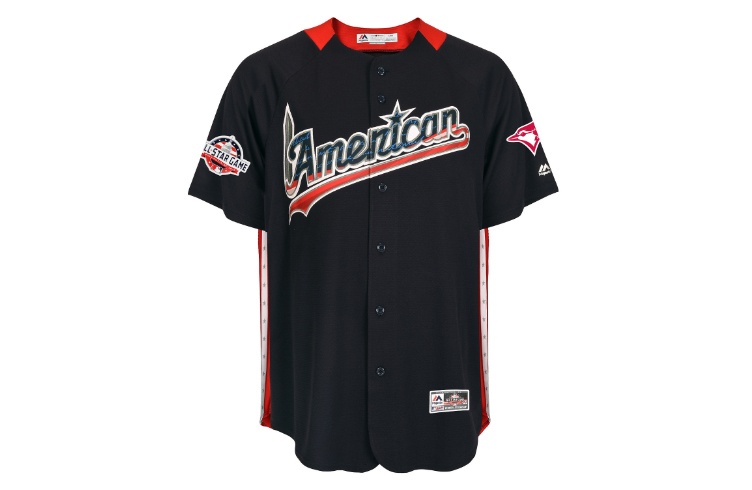 And because Major League Baseball wants to merchandise as many items as possible for this event, there’s also a special “workout day cap” as well. If a member of the Blue Jays somehow stumbles into the home run derby, they may choose to wear this particular cap. 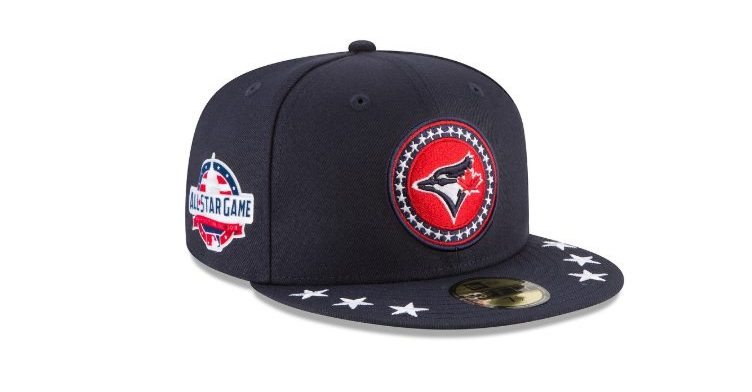 Again, there’s a heavy national capital influence with this All-Star Game cap design, considering how prominently the stars are featured here. There doesn’t appear to be any sort of Canadian logo or flag on the cap itself.

The 2018 MLB All-Star Game happens on Tuesday July 17th at Nationals Park in Washington. As of now, there are no Toronto Blue Jays players even remotely close to being voted in by the fans, but at least one of them will make it in as a manager’s choice.