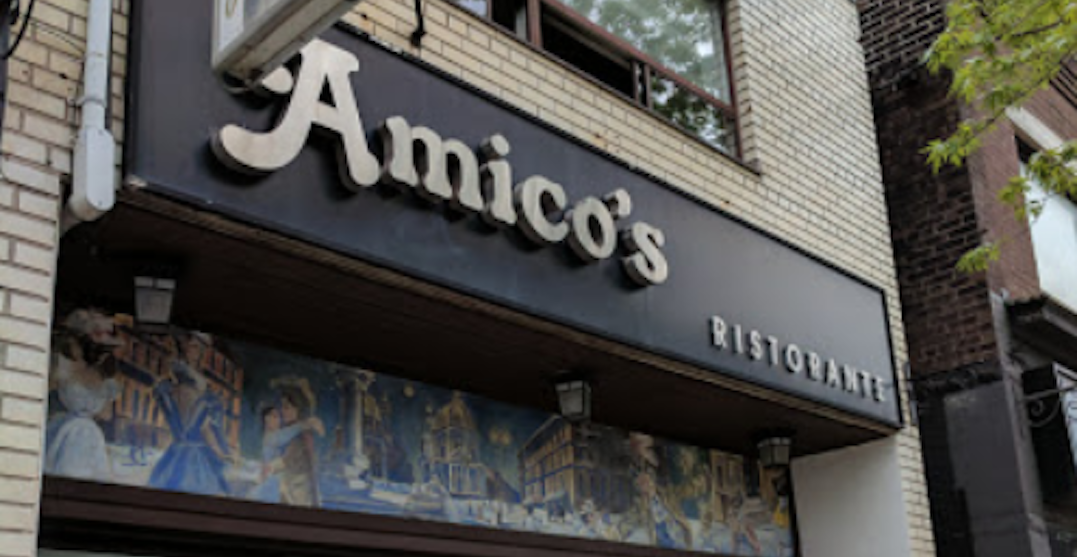 A Black Toronto chef says he was paid out in cash and told not to return for his next shift after experiencing a racist incident at Amico’s Pizza, where he worked.

Tyler Daniel shared a record of the events that reportedly took place on June 7 on Instagram.

In point-form, the chef describes how since he began work at the establishment on Friday, June 5, he had been enjoying his experience and receiving positive feedback.

On June 7, a friend of his employer was reportedly doing work in the restaurant, and when footage of Black Lives Matter protests came on the TV screen, that friend made a derogatory comment about the protestors.

Daniel wrote that, as a Black man — whose brother was attending protests in California — he was “deeply offended” by the friend’s comments. He noted that the rest of the spot’s guests “appeared offended as well.”

The boss’s wife reportedly apologized to Daniel and then requested he make an “extra special” pie for the “longtime friend.”

Daniel wrote that at the end of his shift, he approached his boss to ask why he had not been spoken to about the incident. At that time, he was reportedly told the reason was he was “being aggressive,” he was handed his shift wages in cash, and told not to return for his shift the next day.

On June 10, Daniel said that he inquired about his job, and was told that his boss was “not comfortable” with him working at Amico’s anymore. Daniel reportedly said that all he sought was an apology from the friend and his employment, but by June 12, he had not heard back.

He closed his report of events by declaring that he was seeking legal action.

Since sharing his story, Daniel has reportedly received an outpouring of support. He has received financial offerings, which he has encouraged people to redirect towards Black Lives Matter, or other charities that aid disadvantaged people.

Meanwhile, there are indications in the comments on Amico’s Pizza’s most recent Instagram post, that the restaurant formerly posted an apology.

Comments such as “You issue an apology, then take it down?,” riddle the thread of the spot’s most recent photo upload, but there is no apology or acknowledgement to be found on the page.