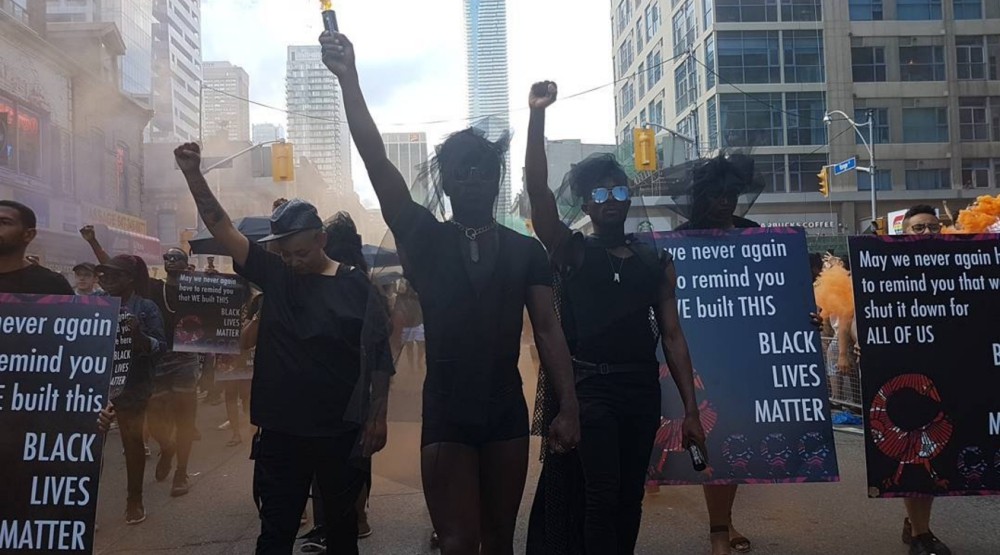 Black Lives Matter might not have registered to partake in Toronto’s Pride Parade this year but that didn’t stop the group from making an impactful appearance.

The vanguards of Toronto’s black community made their presence known in the year since last when they shut down the 2016 Pride Parade and successfully lobbied this year to ban uniformed police and police floats from the festivities.

Carrying signs that read,“May we never again need to remind you that we, too, are, queer–Black Lives Matter,” the group clad in all black offered a somber reminder that work to “dismantle all forms of anti-black racism, liberate blackness, support black healing, affirm black existence, and create freedom to love and self- determine,” is ongoing… and catching on elsewhere.

In New York where a contingent of Toronto police marched this year, the local chapter of Black Lives Matter published an open letter criticizing police presence at Pride festivities.

See how BLM Toronto made their presence known at the Toronto Pride Parade 2017: