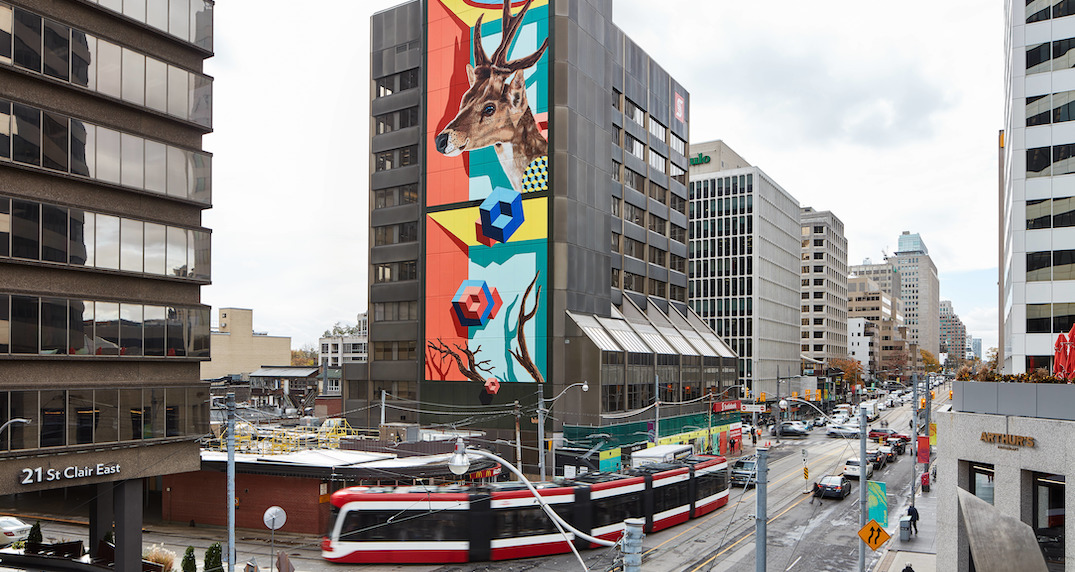 An otherwise grey neighbourhood in the city’s north end has received a brush of new life with the addition of a colourful 10-storey mural.

The mural depicts a deer, playing reference to its location in Deer Park, and birdO’s signature geometric patterns and bold pops of colour.

The 5,200 sq. ft. mural is part of a new series of commissions through the StreetARToronto Monumental Program, which pairs local street artists with property owners to create significant mural artworks throughout the city.

This stunning piece is the latest step in a larger revitalization effort at Yonge and St. Clair being spearheaded by Slate Asset Management.

We are excited to share final photos of a brand new mural by BirdO at 1 St. Clair Ave East. This project is a part of StART Monumental Program!

More info about the StART Monumental program can be found here: https://t.co/5QkZf1KrWf

“StART has worked with birdO since the program’s inception in 2012 and has proudly supported many of his increasingly ambitious mural-based endeavours.” 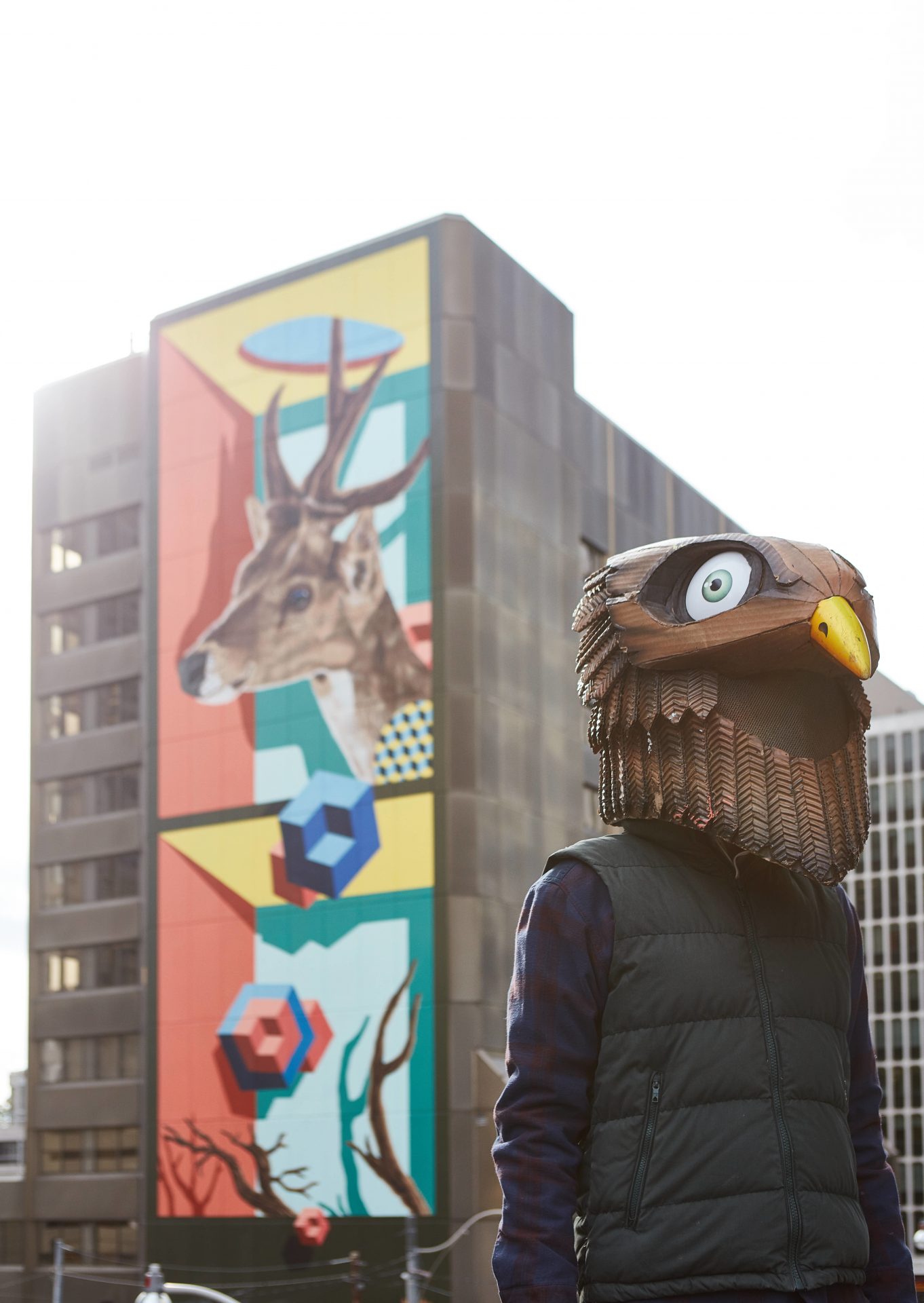 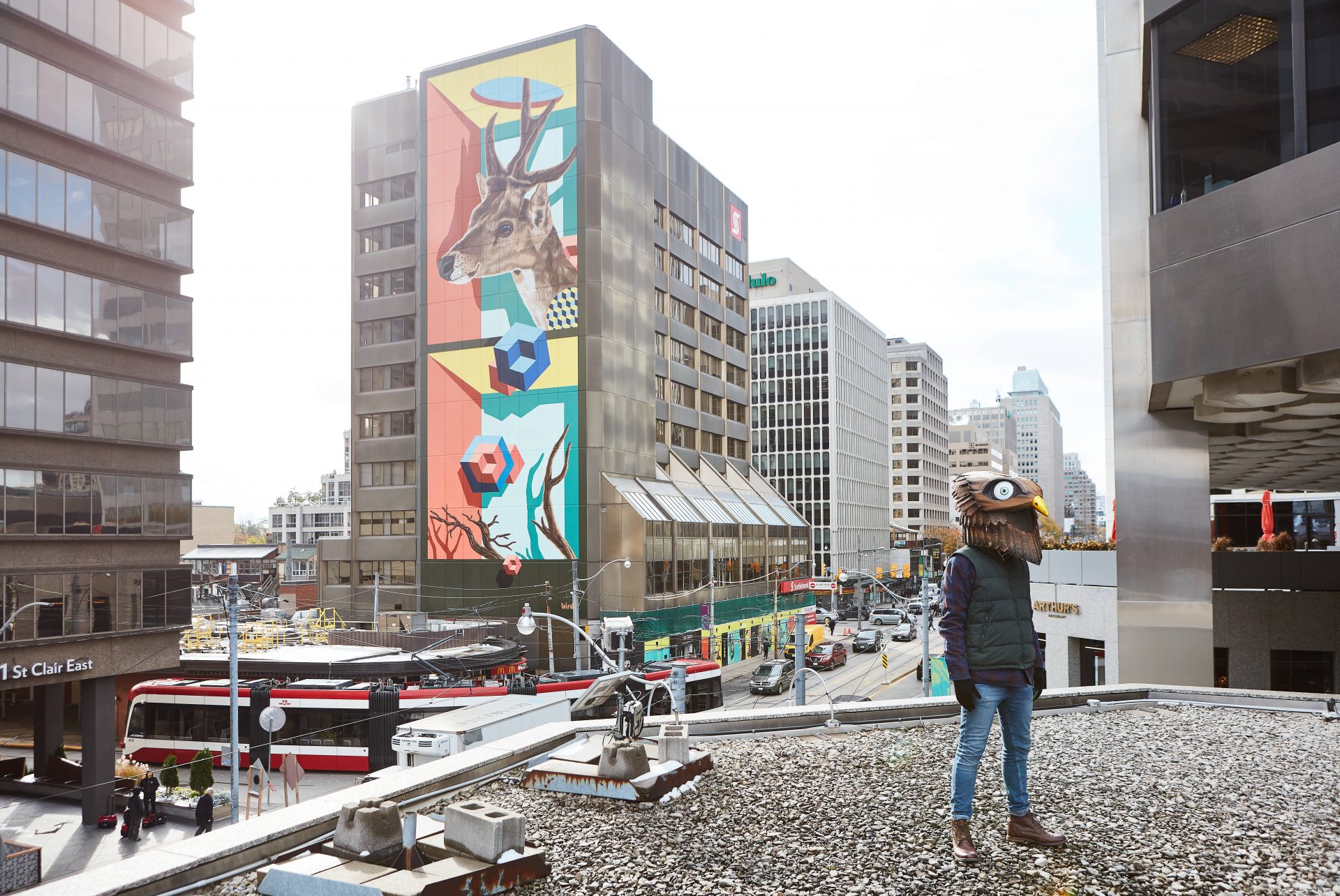 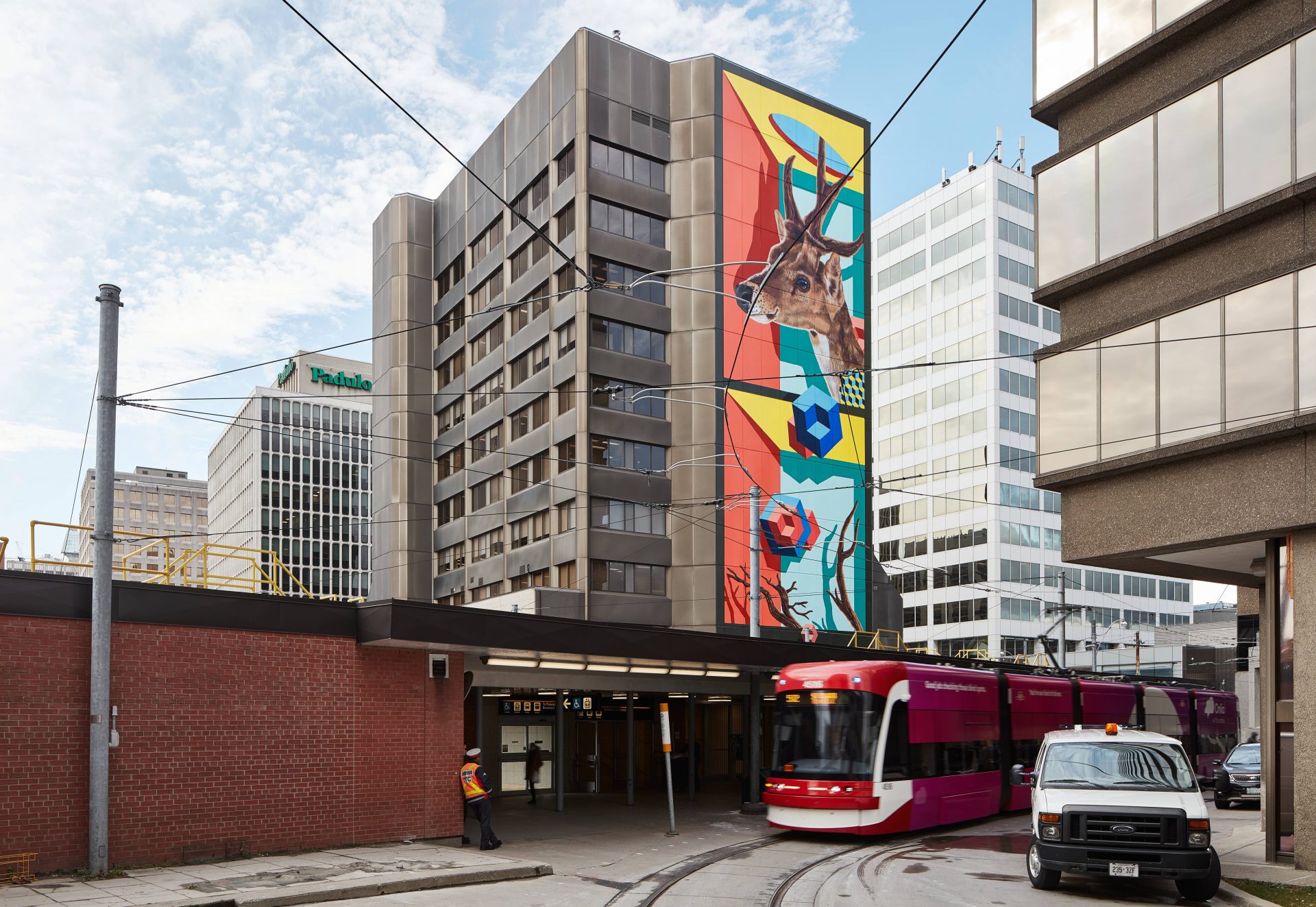