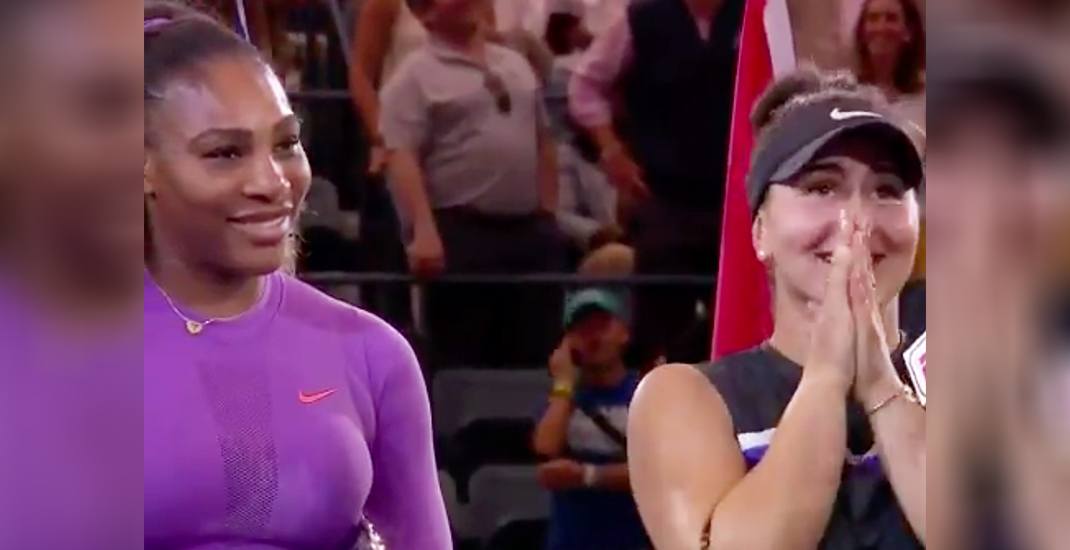 After the match, Andreescu said it was “the crowd” she had to overcome to win the match. Most of the near 24,000 in attendance at Arthur Ashe Stadium were cheering for the 37-year-old American to win her 24th major title, which would’ve tied Margaret Smith Court’s record for the most Grand Slam wins.

But then she hit peak Canadian, apologizing for winning.

“I know you guys wanted Serena to win,” Andreescu said. “So I’m so sorry.”