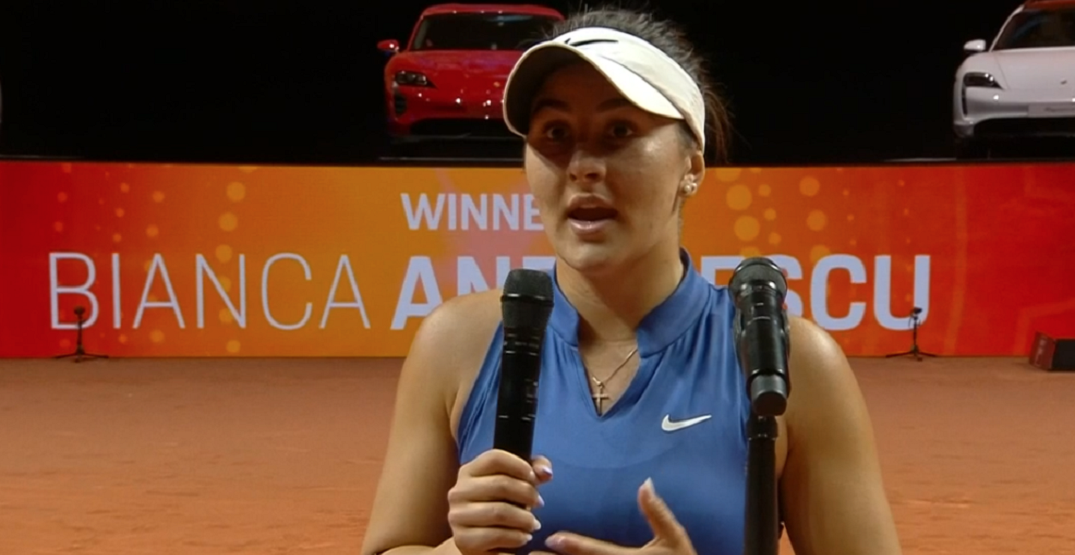 Bianca Andreescu opened up on Tuesday about her mental health in her first competitive tennis match in seven months.

After winning 7-6, 6-3 over Jule Niemeier in the Round of 32 at the Stuttgart Open in Germany, Andreescu addressed the crowd and touched on the reasons she took a break from competitive tennis since the Indian Wells tournament in October 2021.

“I was struggling a lot mentally. I just wasn’t enjoying myself out there,” Andreescu said in a post-match interview following her return. “I really identified myself too much with the sport. Whenever I lost, it sounds a bit dramatic, but I hated myself. If I won, I loved myself. It was kind of like that.”

Bianca Andreescu opened up about her mental health after returning to the court today in Stuttgart.

"I was struggling a lot mentally. I just wasn't enjoying myself out there… whenever I lost, it sounds a bit dramatic, but I hated myself. If I won, I loved myself." pic.twitter.com/o0apaH8obV

Since winning her first Grand Slam title at the US Open in 2019 and peaking at the No. 4 seed on the WTA tour, Andreescu has dealt with various injuries and extended breaks that have prevented her from maintaining elite status. The 22-year-old Canadian is currently ranked 121 in the world, largely due to inactivity.

“Before, when I was playing, when I won, or if I lost, I was just super happy to be on court. That’s kind of the mentality I want to keep going this year,” Andreescu added. “I feel like if I keep having the right mindset, just going out there, enjoying myself, preparing the best way that I can and just giving my all, I think the results will come.”

Andreescu told WTA Insider’s Courtney Nguyen that she “actually wanted to quit the sport” as a result of the physical and mental challenges she’s faced over the past two and a half years.

Andreescu is the author of an upcoming book aimed to help kids deal with their mental health, titled Bibi’s Got Game: A Story About Tennis. The children’s book is slated to hit the shelves on May 31.

Andreescu is scheduled to face No.3 seed Aryna Sabalenka on Thursday in the Round of 16 in Stuttgart.