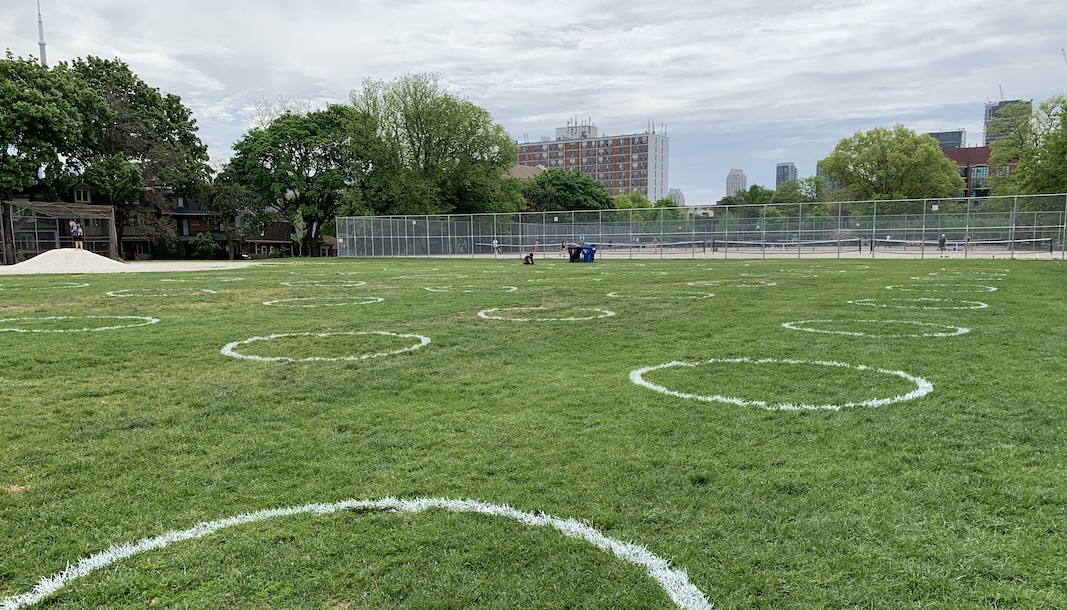 The green grass now has circles, marking ways to physically distance while at the popular city park.

Distance circles were added this morning, less than a week from when “thousands” gathered in the park. 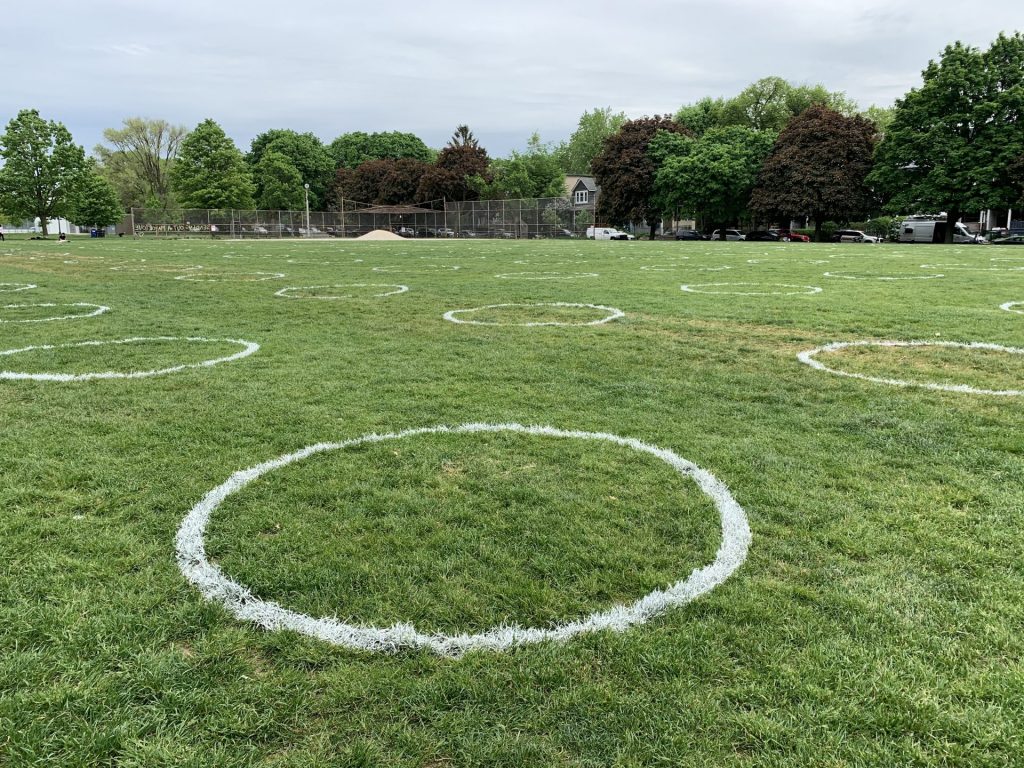 The City of Toronto told Daily Hive that the circles are eight feet wide, and 10 feet apart.

There will be about 300 to 400 circles painted across what the city calls “popular areas” of Trinity Bellwoods Park. 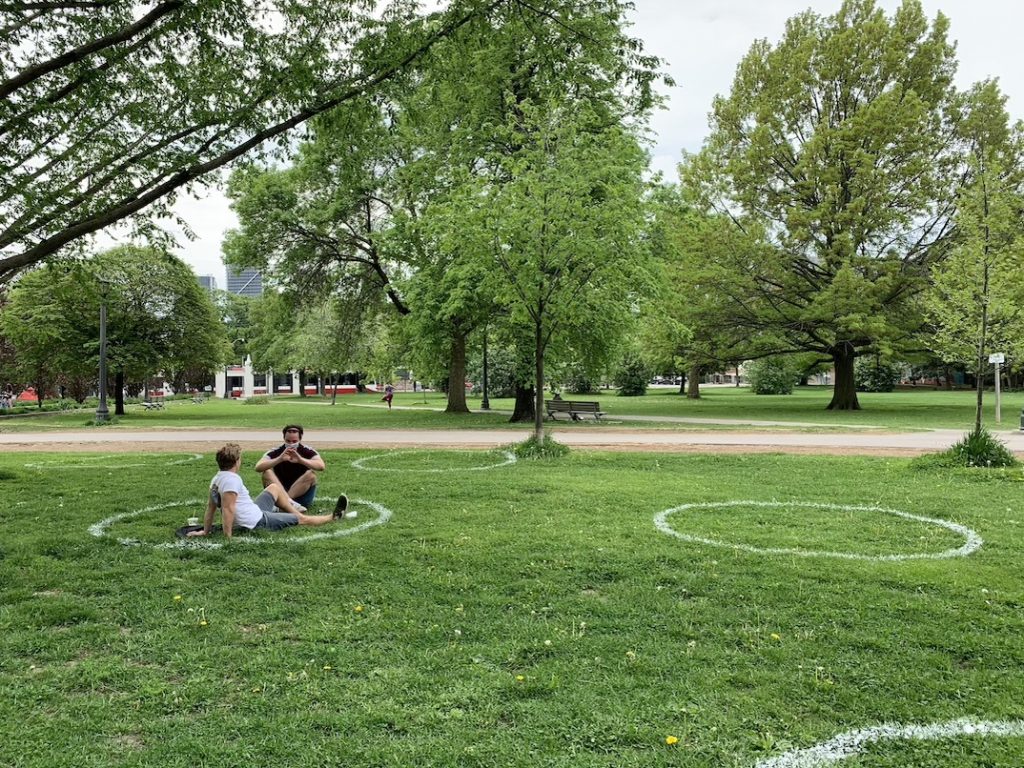 City staff will evaluate the effectiveness of this measure and if successful, Toronto says it will consider expanding it to other destinations and hot spot parks.

On Wednesday, Toronto Mayor John Tory said that social distance circles were to be painted on the grass at Trinity Bellwoods Park on Thursday to improve physical distancing measures ahead of the weekend.

“This will illustrate proper physical distancing and compliance in a place where we have to do better,” Tory said during a press conference. 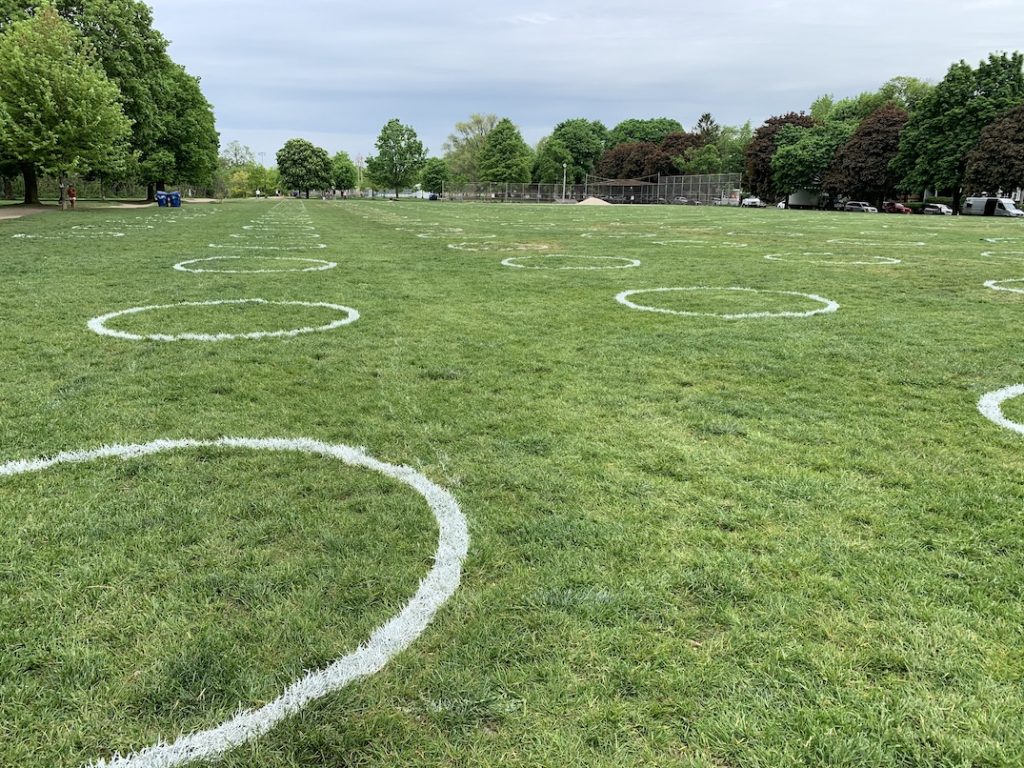 Additionally, the City of Toronto’s Fire Chief, Matthew Pegg, said that there will be increased enforcement at the park over the weekend to educate individuals and ensure that measures are being adhered to.

The physical distancing circles measure has been implemented at parks in San Francisco and Brooklyn. It was initially brought up as a possible solution for the crowds at Bellwoods Park earlier this week by Toronto’s Mayor.

He noted that the city will keep a “close eye on the park” and that Saturdays typically see larger crowds, which will have constant “vigilance” in respect to Trinity Bellwoods and all parks. 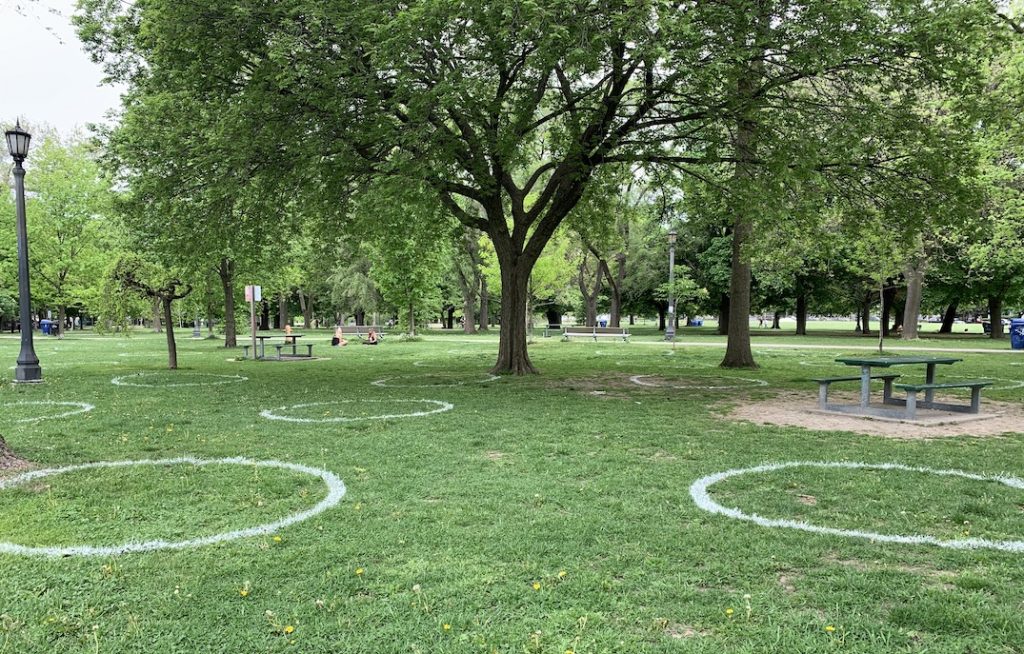 Tory also addressed his own conduct at Trinity Bellwoods over the weekend, in which he was seen not distancing from others two metres apart and didn’t have his face mask on when speaking with others.

Based on the advice from Toronto’s Medical Officer of Health Dr. Eileen de Villa, who said all residents at the park on the weekend should now self-monitor for symptoms, Tory said he will do the same. 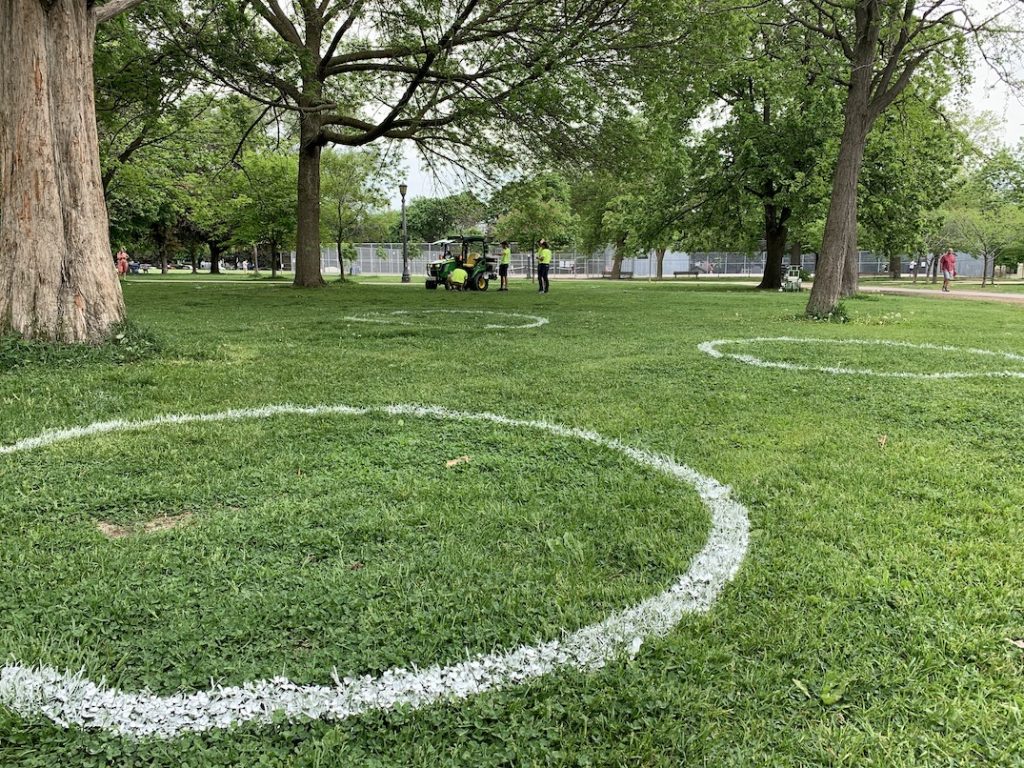