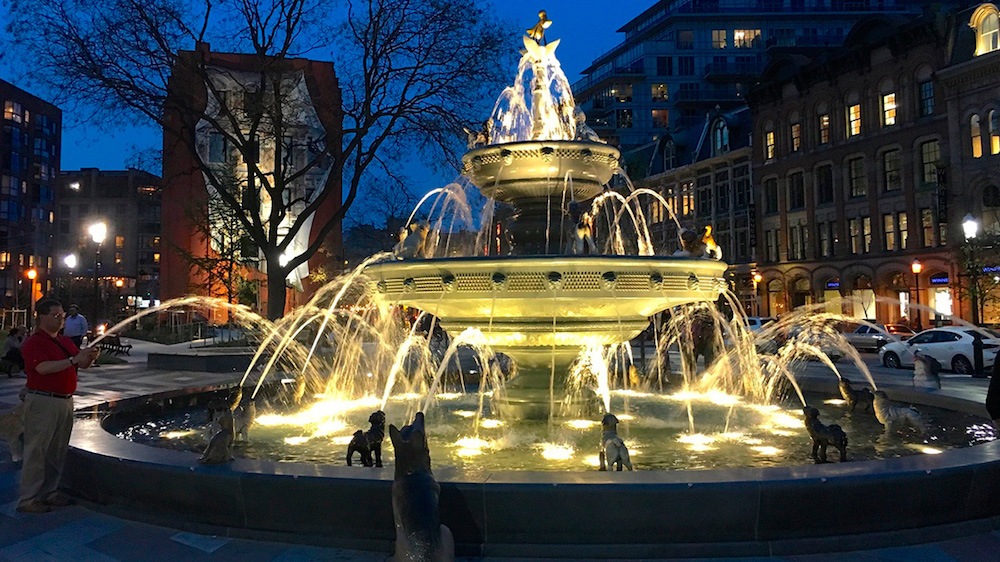 There are 27 dogs and one cat occupying Berczy Park, in fountain form.

The downtown Toronto park got a massive make-over, with its centrepiece now being a two-tiered fountain with pet sculptures complete with a golden bone atop the fountain.

Berczy Park is a 3,606 sq. metre public park located in the triangle of land between Wellington, Front and Scott streets across the St. Lawrence Centre for the Arts. The construction and restoration of the Park began in 2015, and Montreal’s Claude Cormier + Associés designed the new structure.

According to the City of Toronto, the space has been a public park since 1980 before which it sat vacant or served as a parking lot. And over the last few years, Parks, Forestry and Recreation has been working closely with the local community to plan the revitalization of the well-used and well-worn park.

The new design includes a wider, central plaza with granite mosaic paving, wider sidewalks along Front Street and Scott Street, grassy berms and garden beds. A mix of new tree species were planted in state-of-the-art Silva Cell growing chambers. All in all, it’s an Insta-worthy stop along the already photogenic Front Street.

The park’s new fountain will be celebrated at an official re-opening on Wednesday, June 28 from 3:00 pm to 7:00 pm.