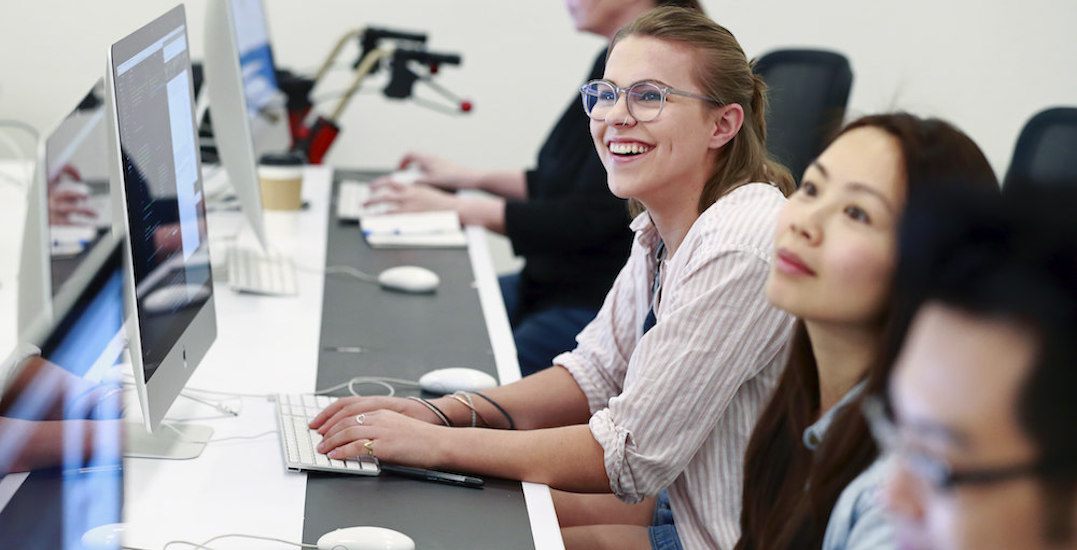 Could you imagine having a fulfilling career while being part of one of the biggest industries driving innovation in Canada at the same time? Well, forget the hypotheticals; you can make this happen today.

But what if you’re on a completely different career path? How can you land a job in Canada’s booming tech and creative industries if you have no relevant experience? The answer is simple: Education.

BC is home to one of the best hubs for tech education and research in the country, and as “Hollywood North” is the epicentre of a creative economy fueled by film, television, music, publishing, and the interactive and digital media industries, worth over $6.7 billion annually. The overlap of tech and creativity calls for designers of every type — from industrial to interaction, health to textiles, and more.

With that in mind, here’s a look at why BC is one of the best places to get qualified and have a competitive edge in these prospering industries.

In a 2018 report by audit and tax advisory firm, KPMG LLP, it was revealed that BC emerged as a “clear leader” in Canada’s tech economy. The province received an overall ‘A’ grade when compared to other tech economies across Canadian provinces.

As a tech student in BC, you’ll have the opportunity to be part of BC’s creative economy which includes digital media industries, arts and culture, publishing, music, TV, and film. By working closely with and investing in the sector, the provincial government aims to attract new companies and thus create more jobs for designers and creatives alike across BC.

When you study a Master of Design, it can help you to get ahead in our diverse tech economy. You would be equipped to take on a role anywhere from wearables in health design, to design service for accessibility.

There are endless opportunities to network 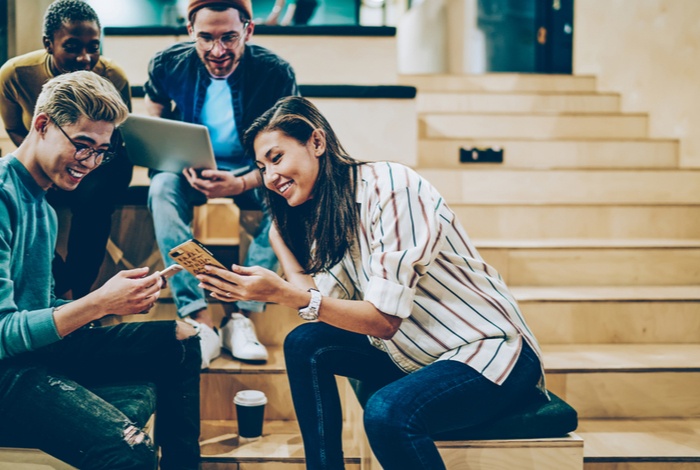 If you’ve ever heard the saying “you’re only as strong as your network,” you understand the importance of making industry connections. By studying for a master’s degree in design in BC, you’ll be in a class with students who have worked across a variety of industries with varying backgrounds. This gives you the ability to collaborate and network, which could perhaps even result in a future work opportunity.

By immersing yourself in a tech hub like Vancouver, you can connect with industry leaders at huge international events like TED talks, BC Tech Summit, as well as grassroots events like PechaKucha and TEDxEmilyCarrU. After all, meeting professionals in the design industry at events like these can benefit your career in the long run.

In line with BC’s tech economy, Vancouver’s market for tech talent is making massive strides. BC’s creative industries deliver $6B to the BC economy annually and support 94,000 people working across the sector. Impressive, right?

As well as this, CBRE‘s most recent Scoring Tech Talent report revealed that Vancouver has risen through the ranks to become the top 12th market for tech talent in North America; marking an increase of 13 spots up from the 25th position in 2018. Vancouver had the greatest year-over-year improvement of any market in North America, which was expedited by the increase in tech jobs.

This gives you the option to grow your career in tech in Vancouver before moving back to Toronto, or perhaps make the move to the West Coast on a more permanent basis after graduation. 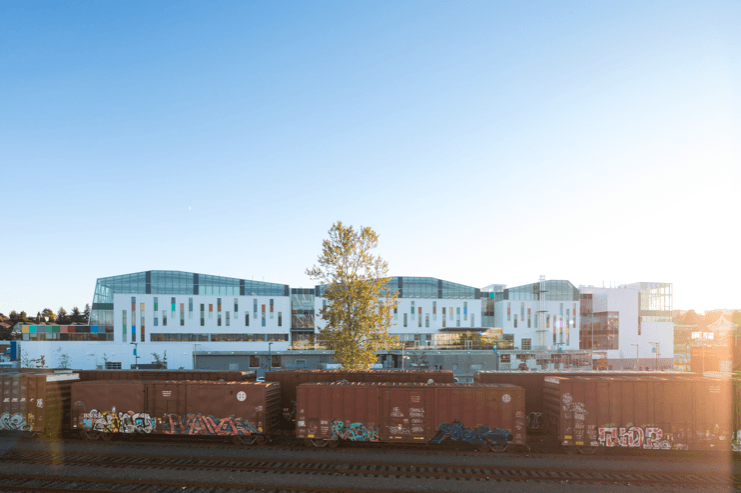 Moving your life across the country is bound to make you feel nervous, but the challenge and new surroundings might be the best thing you ever do for your career. Studying in BC is even more worthwhile when you take a Master of Design at Emily Carr University of Art + Design. The full-time, research-orientated programs are completed over the course of two years and allows students to develop the skills needed to take on a diverse range of leadership roles in the tech and creative industries.

Whether you’re a recent graduate or just someone looking to upskill, the Master’s programs are designed with a contemporary focus, exploring modules such as sustainability and social innovation, health design, decolonization practices and data and digital interactions. In Health Design, students conduct human-centred design research to explore everything from service design to advocacy to wearable tech and more. Design for efficiency is needed in healthcare today as seniors are starting to outnumber children for the first time in Canada.

Interdisciplinary Design students also benefit from entrepreneurial approaches to mentorship as part of a module led by Living Labs and Shumka Centre of Emily Carr University. Classes include design-led entrepreneurship, lean UX, product and interaction design, as well as data entrepreneurship, which means you’ll have more insight if you decide to start your own business after graduation.

The new campus at Emily Carr University opened in 2017, and today, it remains the only purpose-built art and design institution in Canada.

As a member of the BC Technology Supercluster (a cross-industry collaboration of more than 200 organizations in Canada), the university works with industry-leading firms, startups, other universities, as well as research institutions, to develop new and innovative products.

For more information about the Master of Design and to apply, visit Emily Carr University.