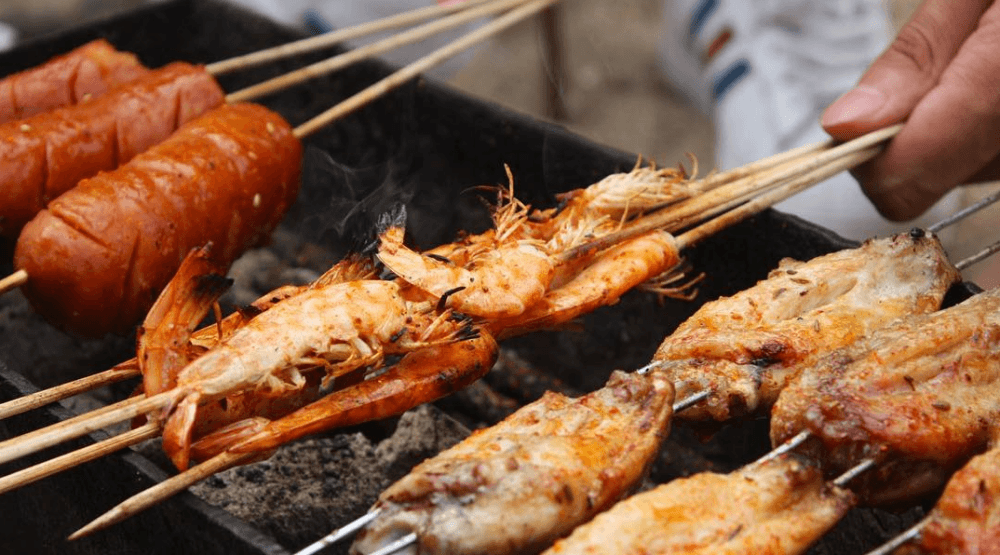 Toronto’s newest summer BBQ festival is about to expand your definition of what bar-b-que… not to mention your waistline.

No matter if your ideal BBQ involves pit-smoked meats from the Deep South, or simply summer days flipping burgers and dogs on the grill… this massive food festival happening in Toronto this June will tour the world of flame-kissed, smoke-infused foods without ever leaving Ontario Place.

While the full line-up numbers over 30 vendors, here are a few of the regions were most looking forward to seeing represented.

Bombay Street Food will offer a taste from the tandoor. The Bay Street eatery is setting up shop at the festival to showcase street foods from the Indian capital

BBQ in the Philipines is often the centrepiece of any big together. Look forward to an abundance of porky Pinot favourites from vendors including Casa Manila, FV Foods, and Tita Flips.

The scent of barrel-cooked chicken rubbed with Jerk spices can be a seductive force. At this worldly BBQ festival, look forward to grilled favourites from Chubby’s Jamaican Kitchen and King Catering.

Kinka Izakaya and Ryoji Ramen & Izakaya will both share the honour of showcasing classic BBQ styles of Japan. Yakitori are often a favourite on the festival circuit, as the skewered meats are super easy to eat.

Soi Thai will replicate the sizzle and excitement that Bangkok markets are famous for. Look forward to a choice of skewered chicken, tofu, or squid served atop a base of vegan Thai salad.

Bloor West snack bar, Black Briik will be at the festival serving up Tteok Kkochi (skewered rice cakes) as well as spicy Korean chicken skewers painted with fiery gochujang. The Corner Place will be there too with a menu including short ribs.

Taste of Asia Night Market Snack House will spend this festival slinging deep fried and grilled tofu like you’d find at famous night markets in Taiwan, meanwhile, FormoCha will offer tea house staples to wash it all down.