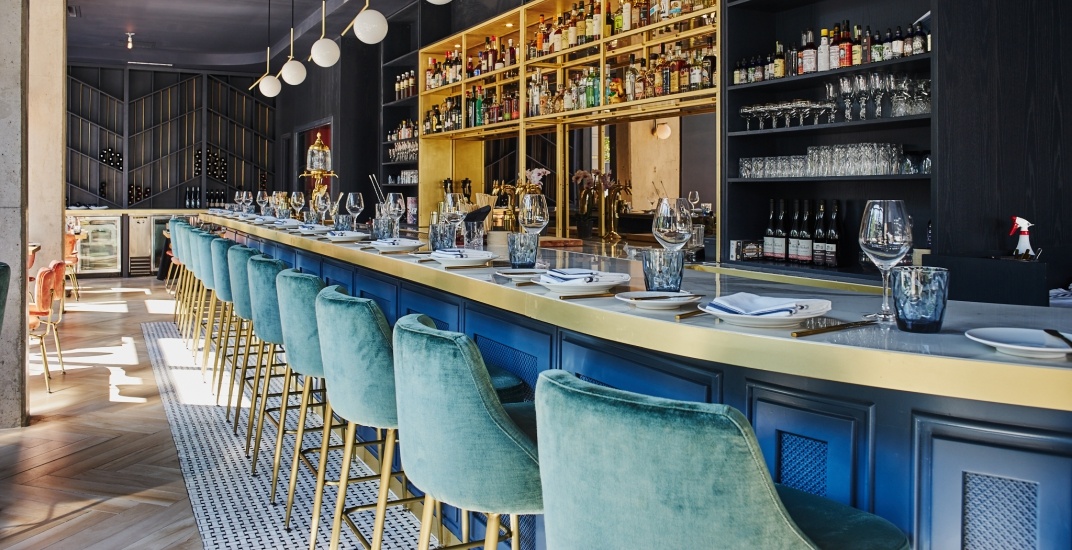 Owners Lachlan Dennis and chef Luke Donato are embracing their favourite elements of dining and injecting them into their Sudbury Street restaurant, Bacchanal.

Defining the culinary and cultural elements of the 106-seat space as “neo bistro”, it’s an ode to French technique of the past, modern cooking rooted in the present and culinary gratification that propels themselves, and hopefully their diners, into the future. 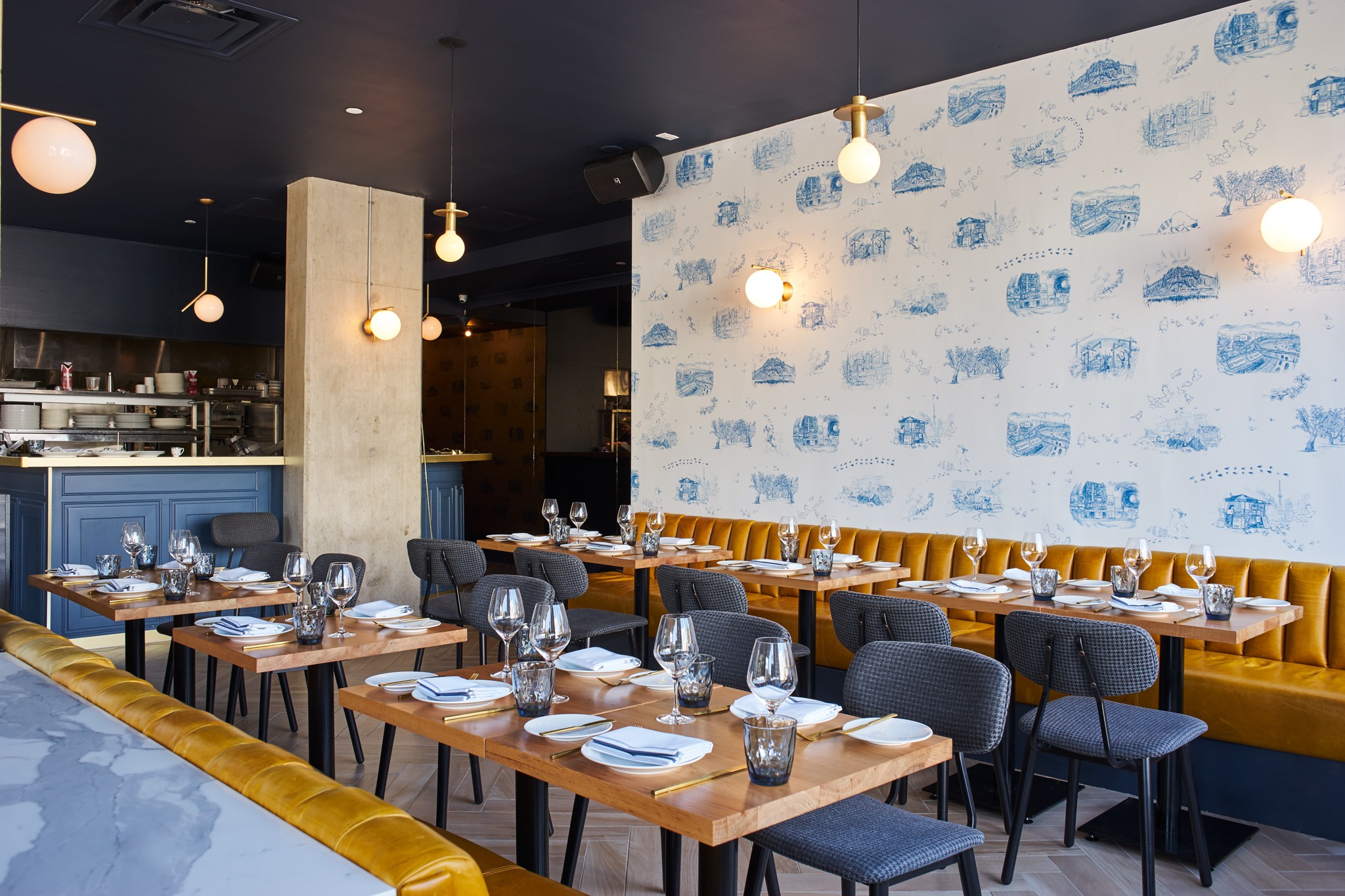 Class and edge combine at first on the floor of the restaurant and mirror the way in which the menu is designed as well. But at Bacchanal, there’s still space for a bit of the outré.

Step towards the rose-hued washrooms with floor to ceiling wallpaper imagined by local textile designer Elyse Saunders and you’ll understand that a bit of eccentricity does have its place. 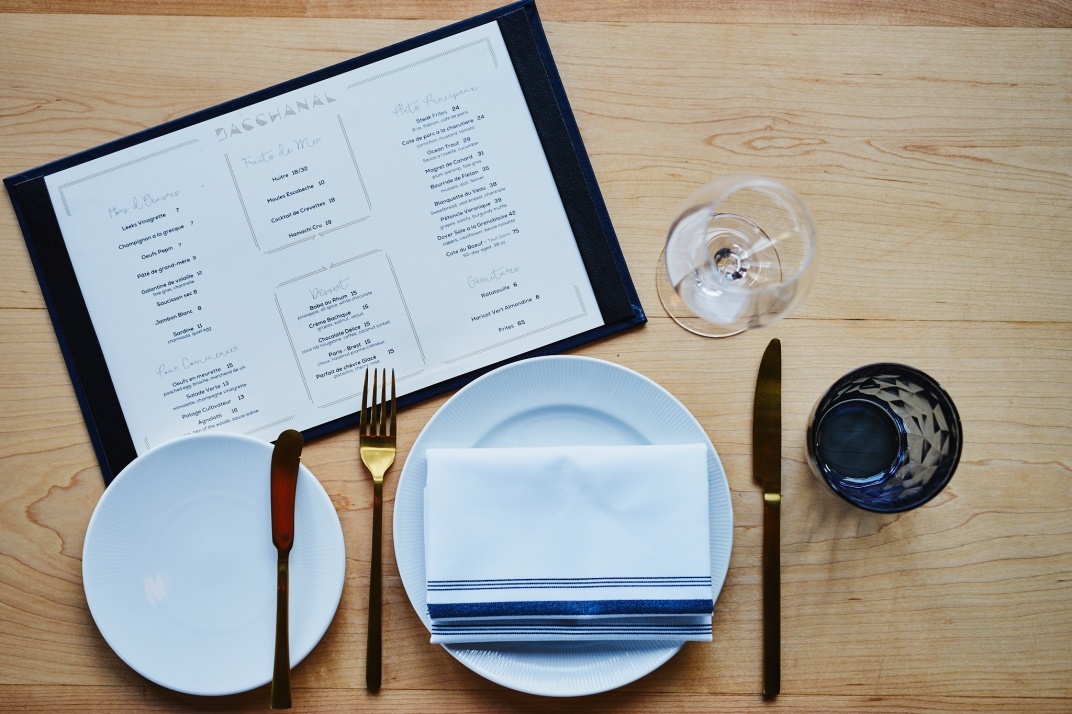 Though chef Donato spent the past couple years as sous-chef at Campagnolo, he trained at the French Culinary Institute in New York City and “really figured out [his] style” at the sadly befallen Ortolan. Dennis is a 12-year veteran of Le Sélect Bistro and their former wine director. French cuisine is where they find comfort and commonality.

“Luke’s vision for the menu and concept was really established,” says Dennis. “I love the fact that he’s gone for a more modern adaptation of traditional concepts.” 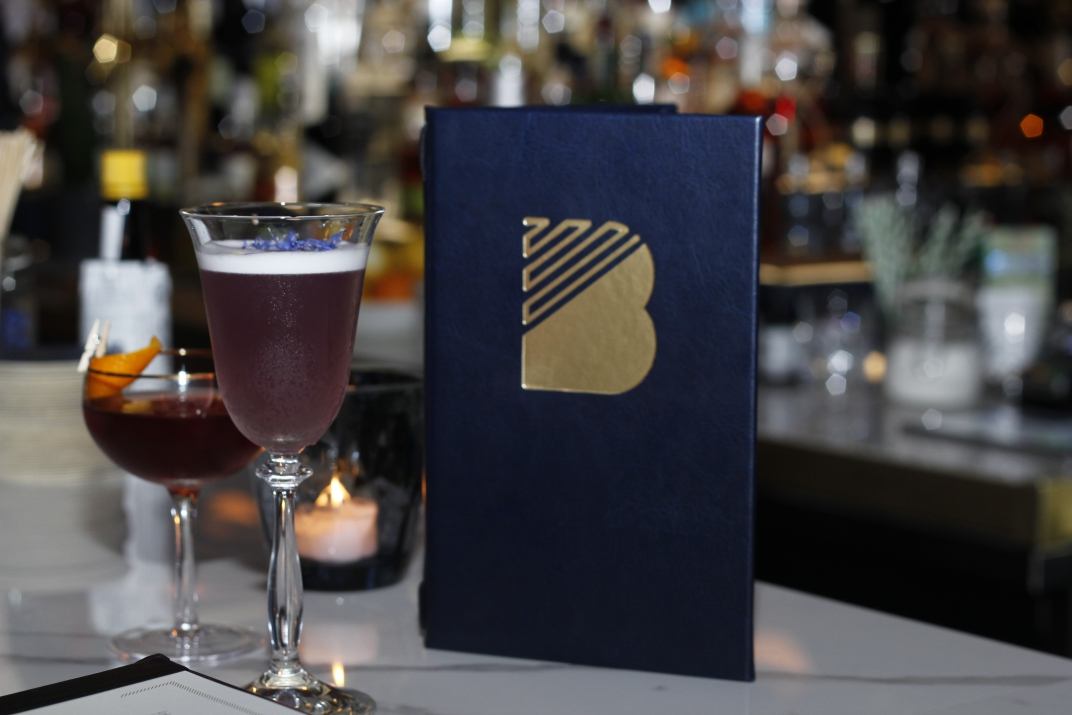 Dennis’ wine list will remain rotational, “steering away from obvious choices in every circumstance,” with many available by the glass. Dennis knows he’s some ways away from his million-dollar dream cellar, but his decades in wine sales and distribution (Small Winemakers) gives him the knowledge base and access to source some supreme old and new world vintages, and he’s more than happy to provide a test pour. 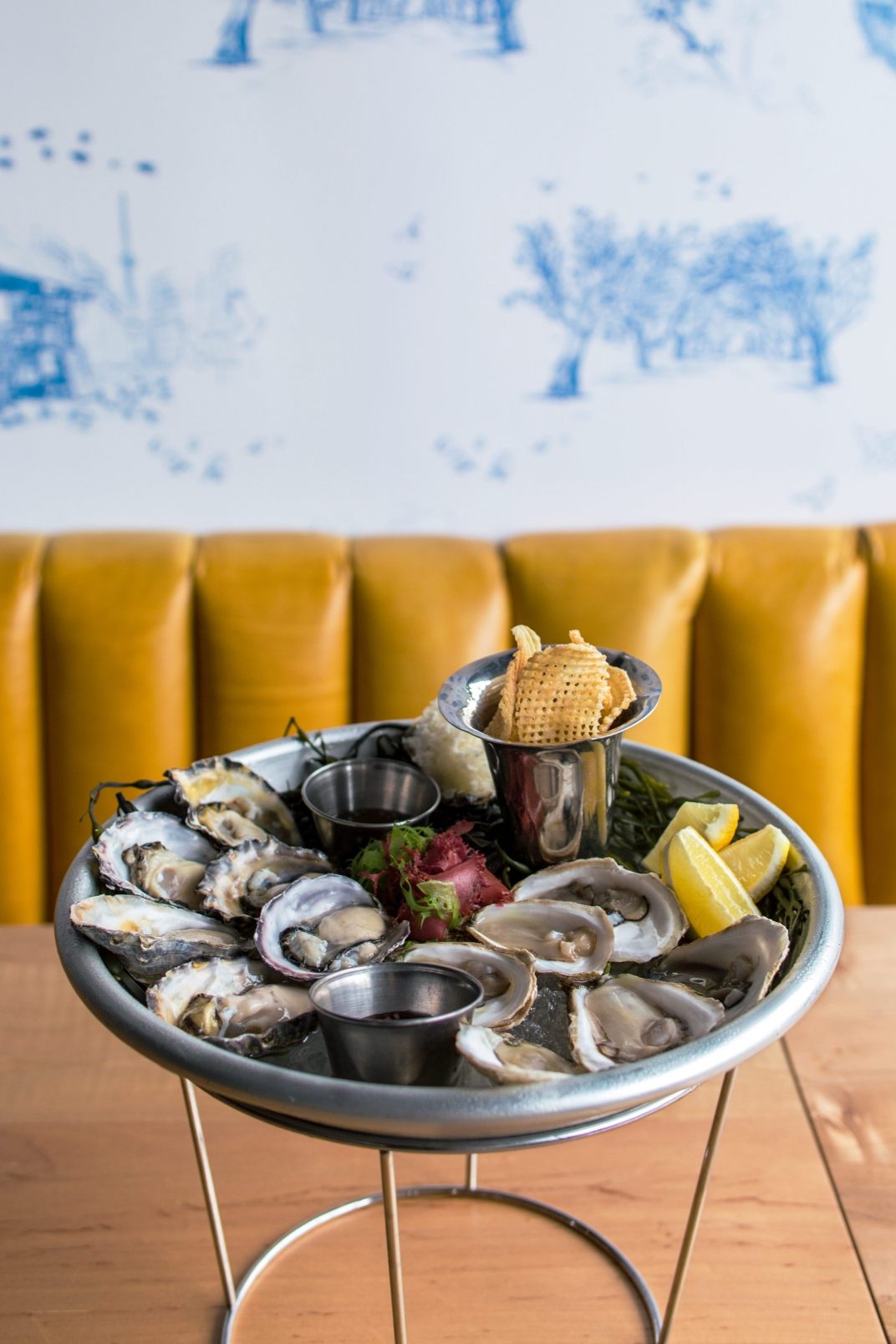 The menu is also structured in a typical French style –hors d’oeuvres, starters, mains, sides and desserts, with a seafood-focused raw bar, and a carte blanche option for $150. 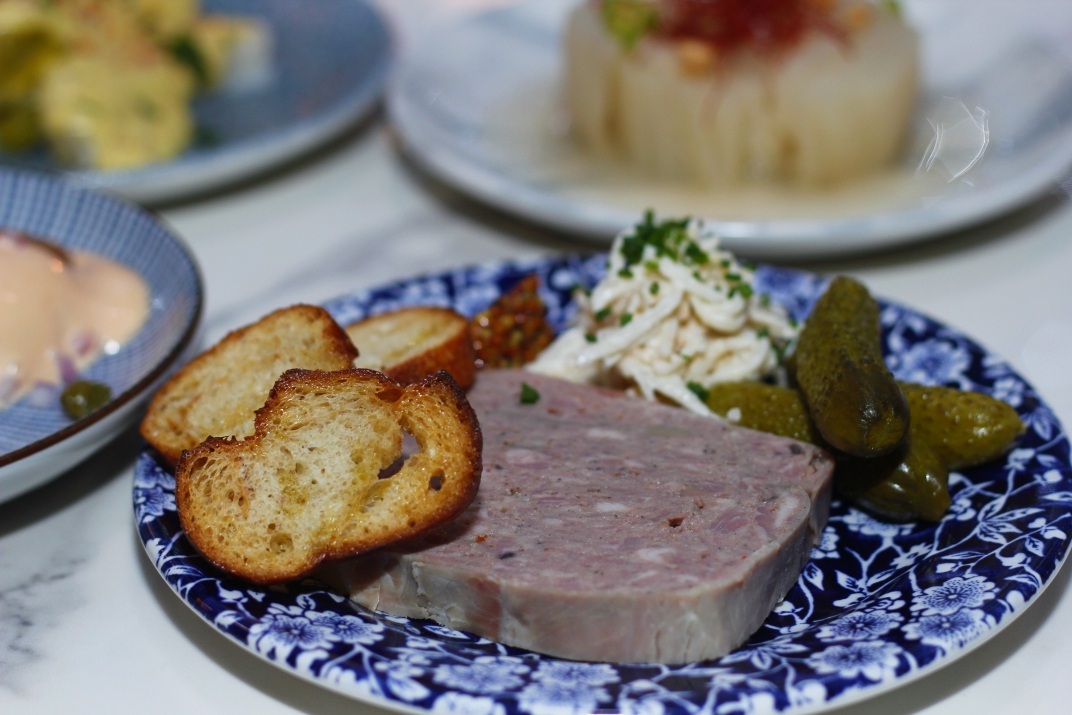 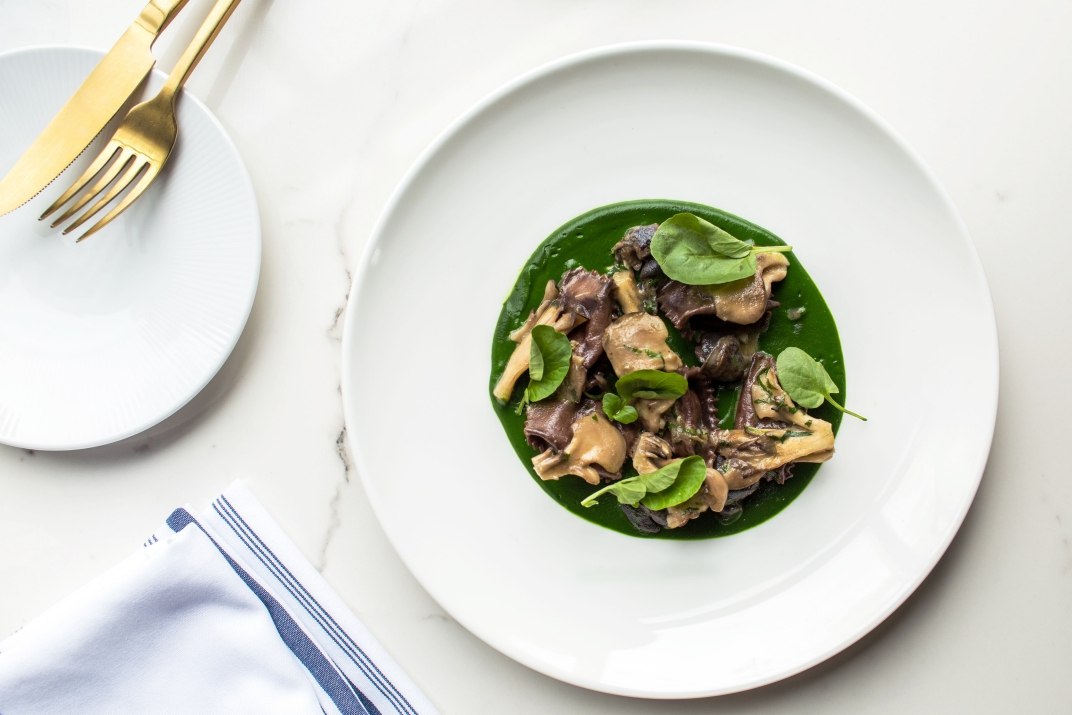 Stuffed agnolotti ($16) rest in a pool of vibrant green sauce iodine with snails and hen of the woods mushrooms.

Moscovy duck breast ($31) has sweet plums, parsnip and plump foie gras. And the opulence abounds in the blanquette de veau ($39) with sweetbreads and chanterelles. 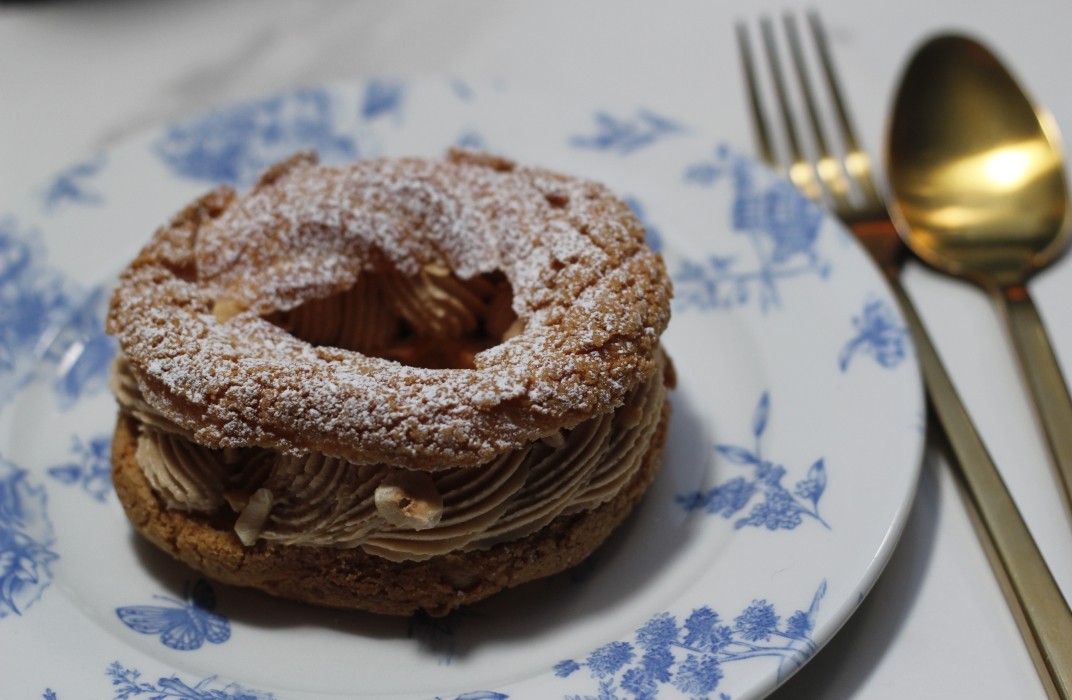