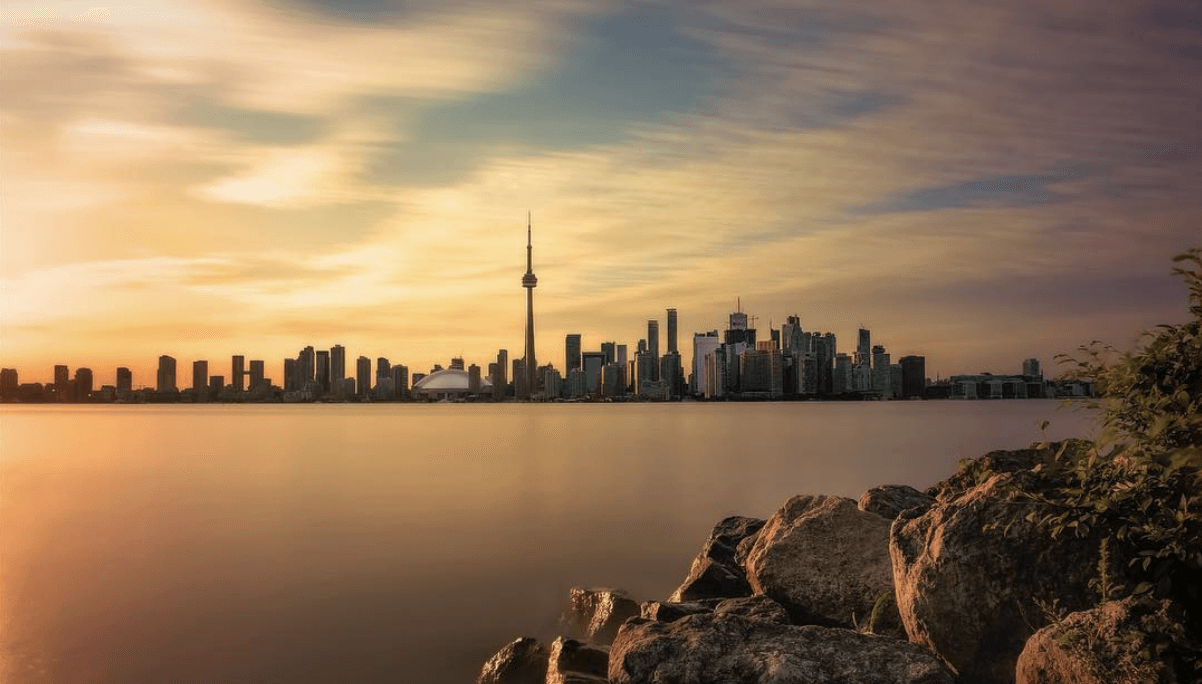 Say goodbye to the cold and get caught up in the beauty of spring by partaking in some of the city’s biggest events this month.

From outdoor activities, Easter and Earth Day celebrations to concerts, festivals and cultural events, we’ve rounded up everything you need for an action-packed month.

What: Come and enjoy the Canadian premiere of Kiss, a play by internationally-acclaimed Chilean playwright Guillermo Calderón. The story follows two couples who meet for dinner to take their minds off the war raging around them. A secret profession of love, an untimely proposal, and one kiss later, one of the foursome lies dead on the floor.

When: March 28 to April 16
Where: Canadian Stage, 26 Berkeley Street

What: The highly anticipated One of a Kind Spring Show returns for its 39th year to introduce exciting new sections that showcase the range of artisanal products available in Canada. This includes the Craft Drinks zone where visitors can sample small-batch wine, beer and spirits from local “makers and shakers”.

What: Attention Toronto yogis: This is the ONE event in Canada for yoga teachers and students to enhance their skills with full day master workshops from Seane Corn, Rodney Yee and Colleen Saidman Yee, Yoga Medicine by Tiffany Cruikshank, Rod Stryker, and other renowned yogis from across Canada and the world.

What: Detroit rapper, Big Sean will be stopping in Toronto this month in support of his fourth studio album, I Decided. Make sure to crank “Marvin & Chardonnay” when you get ready for the show.

John Mayer – The Search For Everything Tour

What: The one and only John Mayer will be visiting Toronto this month as part of his ‘The Search For Everything’ world tour. Can’t make the April date? Mayer is returning for a second performance in August at the Budweiser Stage.

What: Partygoers, First Thursday returns to the AGO this month with First Thursday: MOBILIZE. In the world where foundations are shifting, where even the seasons have become less distinct, mark the start of spring with movement, mobilizing ourselves toward an unseen goal.

What: This month, Toronto’s very own guerrilla-folk party-punk band is returning to the Great Hall for the band’s first show of 2017 to celebrate their 8th anniversary with local fans.

What: For one whimsical weekend, Toronto’s Encare Centre will be transformed into the wedding destination of your dreams. Toronto’s Bridal Show features local bridal companies, hundreds of incredible prize giveaways, spectacular fashion shows, and the most anticipated wedding gown sale hosted by Mona Ritchie Bridal Boutique.

What: The first of its kind, The Toronto Coffee & Tea Expo celebrates the talents and passion of Toronto’s buzzing coffee and tea community, all under one roof. Attendees will get to try free drink samples,  learn industry tips and trick, and discover new beans, leaves and recipes.

What: The annual Easter egg hunt in High Park is back for another year and will feature a fun-filled egg hunt, egg colouring, Easter crafts, and plenty of photo ops. The activity fee is $3.00 per hunt.

A Night With Sinatra and Friends

What: Fly me to the moon… or maybe, just to the Sony Centre for Performing Arts. Come and enjoy an evening with ol’ blue eyes’ and his popular companions, Sammy Davis JR, Dean Martin, and many more.

When: April 11, 730 pm
Where: Sony Centre for the Performing Arts, 1 Front Street East

What: Bon Jovi will be hitting the stage in Toronto for two days this month for the band’s This House Is Not For Sale tour. The iconic rock band will be jamming out to fan favourites like Livin’ On a Prayer and new hits from their 14th studio album.

What: After an exhilarating, action-packed past two seasons, the boys in blue are back at the Rogers Centre for their home opener against the Brewers. Even if you can’t get tickets for the big game, make sure to grab a stool and a cold pint somewhere to cheer on your Jays!

What: A masterwork by Hotel Modern, Kamp is a performance of necessity and a daring representation of the world we live in and is performed with the aid of thousands of handmade puppets. First shared in Toronto by World Stage in 2013, Kamp presents an enormous scale model of Auschwitz during a single unremarkable day, in a city purpose-built for the annihilation of human life.

What: Experience the enchantment of Casa Loma this Easter Sunday. The castle’s annual brunch, served in the stately elegance of Toronto’s famous castle, is an event the entire family will remember. After brunch, guests can explore the castle at their leisure.

What: My Arm is an elegantly simple work that confirms UK theatre artist Tim Crouch’s insistence that interesting effect of theatre occurs in the minds of the audience.

What: Toronto Fashion Week might have wrapped up in March, but there’s still one more fashion-forward event to check out. Fashion Art Toronto returns with its annual, five-day celebration of provocative, avant-garde and cutting-edge fashion and art. With over 45+ runway shows and performances, photography exhibits, art installations, and fashion films planned audiences will definitely leave inspired.

What: In honor of Earth Day, Grow Op at the Gladstone Hotel will be celebrating its fifth year this month. This exhibition will feature art and design that cultivates ideas across a broad range of disciplines, examining how humans and other species live within and without natural systems of growth, change, abundance, scarcity, decay and life.

What: This might be a bit of a stretch from downtown, but we promise this event will be worth the drive! The expo will feature wine, beer and spirits from around the world and regional wines from the Niagara area. While you’re here, you can sample local cuisine from Niagara’s top chefs while taste testing your way through all the amazing wine. It’s a great way to discover a (few) new favourites.

When: April 21 to 23
Where: Scotiabank Convention Centre, 6815 Stanley Avenue

What: Relive the golden days of Motown at this must-see musical event. This performance is complete with a 15-piece cast of singers and musicians performing live look-a-like/sound-a-like tributes to The Supremes, The Four Tops, The Temptations, Marvin Gaye, Smokey Robinson, Jackson 5, Martha and the Vandellas and more and features all your favourite songs of the Motown era.

When: April 22, 730 pm
Where: Sony Centre for the Performing Arts, 1 Front Street East

What: Calling all film buffs, North America’s largest documentary festival, Hot Docs, is back in Toronto for another successful year filled with an outstanding selection of over 200 films from Canada and around the world.

When: April 27 to May 7
Where: Hot Docs Ted Rogers Cinema, 506 Bloor Street West