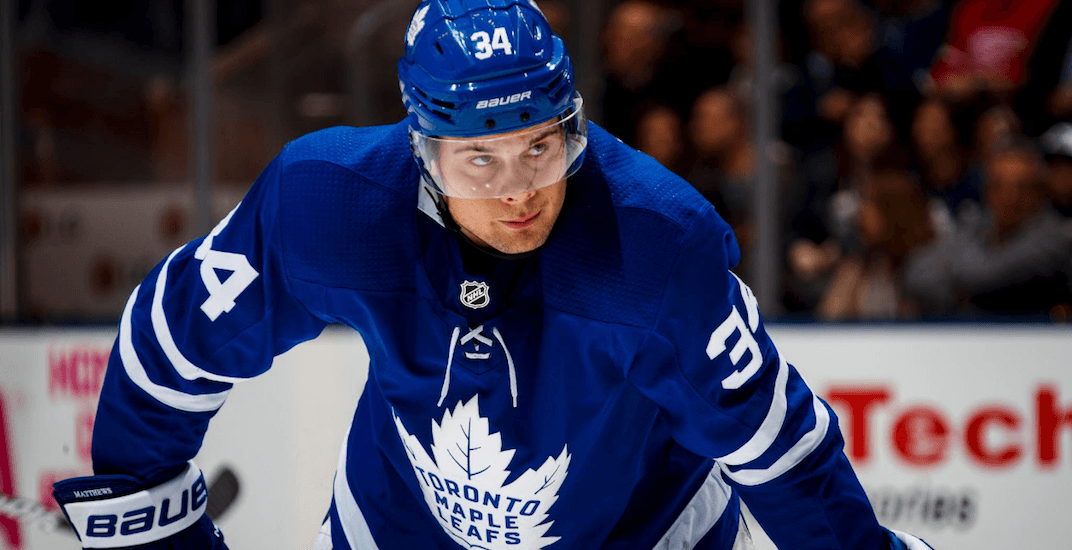 There was a time when Auston Matthews was thought to be a shoo-in to take over as the next captain of the Toronto Maple Leafs.

It was only a few months ago, in fact.

That changed on July 1, when the Leafs inked John Tavares to a seven-year contract.

Suddenly, the title of best player on the team was in doubt. Though he’s new to the organization, Tavares is going to be in Toronto for a while and like Matthews, he’s an elite player.

But Tavares also has experience on his side, having played nine seasons in the NHL.

Tavares or Matthews was the question on the minds of Leafs fans all summer, until last week when GM Kyle Dubas announced the team would be going with three alternate captains once again this season.

If you assumed that would include both Tavares and Matthews, you thought wrong.

During our sitdown interview, Mike Babcock said Marleau, Tavares and Reilly will wear a letter for the Maple Leafs this season.

Head coach Mike Babcock revealed on Thursday that Tavares, along with Patrick Marleau and Morgan Rielly will be the Leafs’ assistant captains this season. Rielly wore a letter last season, along with the now departed Tyler Bozak and Leo Komarov.

Though Tavares, Marleau, and Rielly each have leadership qualities, Toronto runs the risk of alienating their most valuable player with this move. Hopefully Matthews, who’s still just 20-years-old, can see the big picture. He’ll have a letter on his jersey – maybe the C – in the not too distant future. It just won’t come this season.