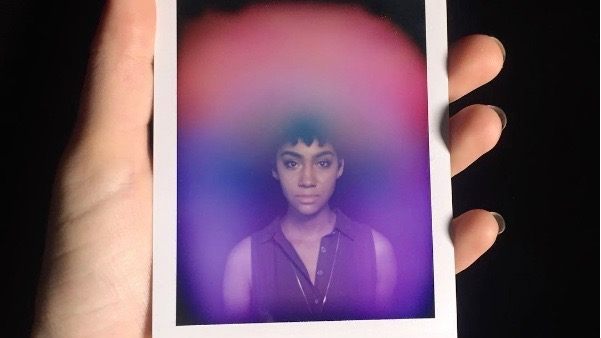 Science has a date with spiritualism tonight in Toronto.

Starting at 7 pm at The Drake, you can have your aura photographed by Radiant Human, a project created by Portland-based visual artist Christina Lonsdale.

Claiming to be the first of its kind, Radiant Human is a “roving, fully adaptable aura photography laboratory; a uniquely immersive salon of extrasensory image-making.”

So obviously Gwyneth Paltrow has done it:

✨MY STARS✨ I had a lovely time shooting GP last week. Read all about it on goop.com🙇

The project has toured throughout North America but makes its first appearance in Toronto tonight at The Drake alongside the launch of Icelandic small batch vodka brand Reyka Vodka. Each participant must sit still for 10 seconds and then wait 7-10 minutes to see what colour surrounds them in a Polaroid.

According to Radiant Human, “The camera works on the principle that we all have electricity in our body and that electricity radiates past our skins surface. This camera uses hand sensors that pick up this electricity and through a proprietary algorithm, matches this electricity to a color, then that color comes out as a dual exposure.”

In other words, in fact, in their words, “We foster the ephemeral and make the metaphysical tangible.”

Much like the existence of auras themselves, we have no idea if this is in anyway real, but we also expect that’s not really the point of Radiant Human. If you think of it as science you probably won’t be a believer, if you think of it as art you just might end up becoming one.

Either way, you should probably go and find out what your aura looks like – both before and after a few shots of vodka.

☁️THERES NO PLACE LIKE HOME☁️ The talent of the Portland creative community never ceases to amaze me. I’m so honored/excited because Im going to be joining some of my favorite peeps tomorrow from 11-6pm as a part of @sundazecollective take a second to explore all the creators that will be a part of tomorrow’s event and come support your local bad asses!! Check out #sundazecollective for everyone involved. Tickets are all sold out for our pop-up but come anyway! You can try your luck on our walk up list while you look around, we’ve made a little bit of time but its first come first serve, so no promises! We are at @acehotelportland in The Cleaners (not our normal studio location) so leave yourself some time to park if you reserved a ticket.🚗🚕🚙❤️

✨YOU ARE RADIANT!✨ Building relationships through realizing my dreams has been one of the most validating and exciting parts of this project. There’s a special alliance that happens when you create something memorable with someone. This alliance touches everyone involved, from my producer to my tour managers that travel with me to all of you radiant humans following this project. The curiosity about the human atmosphere and what you are putting out there is such a powerful and consistent part of this experience that it makes me so excited to see clients come back to see where they are. These photos are one year a part and I cant imagine a better visual diary, I know a lot of you have asked about where we will be next, stay tuned for an updates tour schedule, I’m looking forward to seeing you all soon!💕

✨✌️GOOD VIBES FOR DAYZ✌️✨ Hey #bottlerocknapa! I’m here today and tomorrow until 7:30 pm as a featured artist with @nordstrom come by and say hi!!

👯FRIDAY IS FRIEND DAY👯 Brooklyn! We added an extra day just to see all our friends here! Take that long lunch break with your work bestie and come see me, there’s still a few spots! #linkinmybio