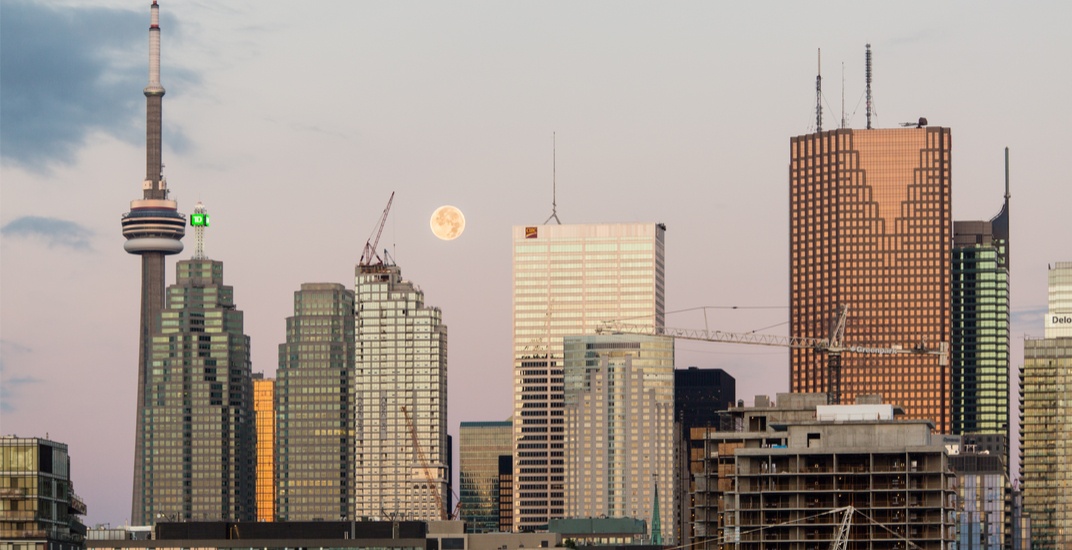 Over the Labour Day weekend, artist Aude Moreau will use lit and unlit windows on the top ten floors of the Toronto-Dominion Centre’s towers to form the words “LESS IS MORE OR” in hundred-foot-tall glowing letters. The words are based on the phrase made famous by TD Centre’s luminary modernist architect Mies van der Rohe, and is presented as part of the TD Centre’s 50th anniversary celebrations.

“Fifty years on, these towers have left an indelible mark on our skyline and helped transform Toronto into the world-class city it is today,” said David Hoffman, TD Centre General Manager in a statement. “This remarkable artistic endeavor reflects TD Centre’s bold vision and ongoing leadership in design excellence, innovation and sustainability – none of which would have been possible without the collaboration and support of our tenants and the community.” 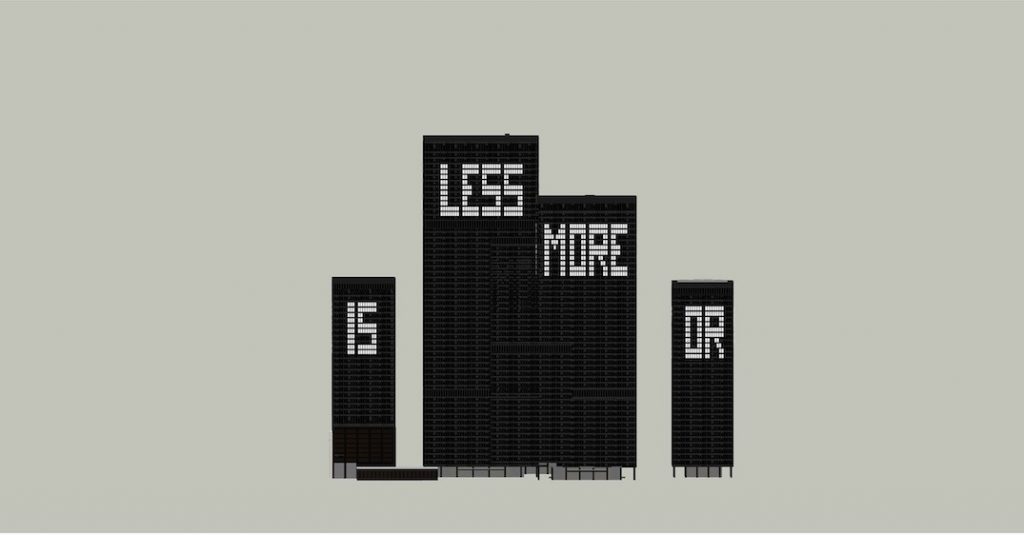 According to a press release, five electrical contractors – Guild, Ainsworth, Symtech, Plan and ACML – donated their services to temporarily reconfigure the buildings’ automated lighting systems, while a crew of staff and volunteers will work to open and close blinds on over 6,000 windows across the TD Centre’s five towers.

The work is the latest of Aude Moreau’s illuminated skyscraper projects in major North American urban centres, which have included Montréal, Los Angeles, and New York. Her work is described as a connection between history and the contemporary, the social and the geographic, architecture and power.

‘Less Is More Or’ will be visible each night beginning at 8:30 pm. The best place to see it in the city will be Roundhouse Park, south of Bremner Boulevard near the Rogers Centre. The art work will only be visible from September 2 to September 4.