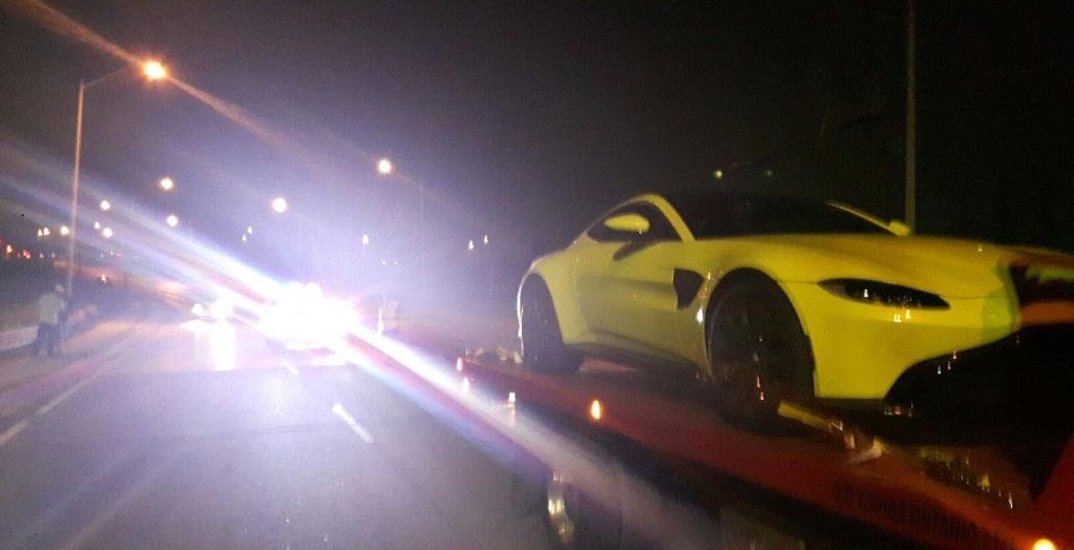 The driver of a 2019 Aston Martin was charged with stunt driving for travelling at 158 km/h in a 40 km/h school zone.

According to York Regional Police, on Sunday, August 19, at approximately 8 pm, an officer on patrol spotted a vehicle travelling at a high rate of speed on Martin Grove Road just south of Highway 7 in Vaughan.

The 31-year-old man’s Aston Martin was seized and impounded for seven days, and the driver was charged with dangerous driving, speeding and stunt driving.

This lovely 2019 Aston Martin is parked on a tow truck. That’s because we’ve impounded it after the driver was clocked going 158km/h in a 40km/h school zone last night in Vaughan. Driver also facing Stunt Driving, Dangerous Driving and Speeding charges https://t.co/7BRxymEt7A pic.twitter.com/QN7cuRn9KF

York police say officers will be out watching any driving behaviours that may put children at risk, including speeding, aggressive driving, failing to stop for stop signs, impaired driving and distracted driving.