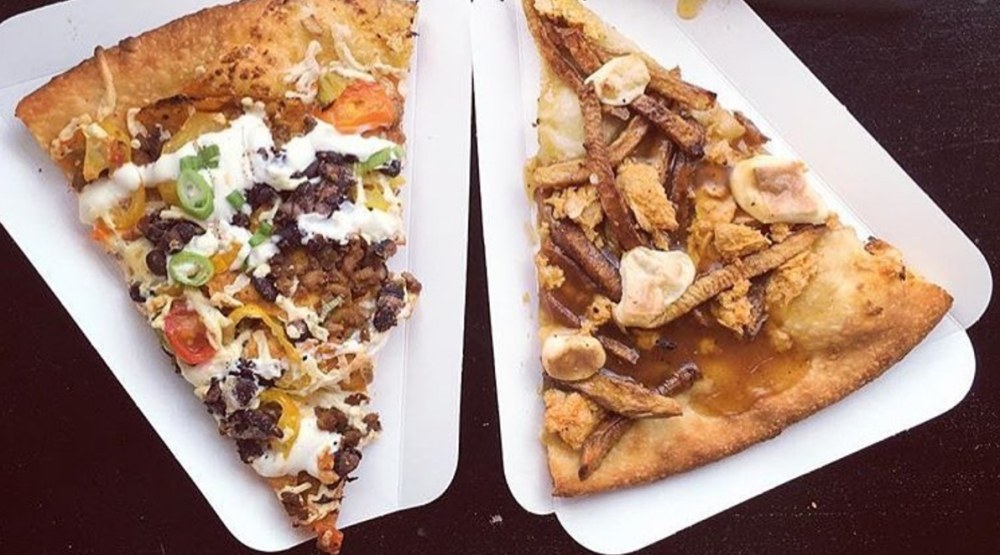 After months watching Parkdale trying to remake itself as “Vegandale” thanks to an influx of new west side restaurants catering to plant-based diets, there’s finally some good news for meatless eaters in Toronto’s east end.

Apiecalypse Now has announced that it’s finally opening the doors to its new location at Pape and Mortimer on Wednesday, February 14 at 4 pm.

In a Facebook post, the eatery, known for vegan pizza slices, doughnuts, and other meatless snacks, charts its path from a tiny kitchen in Mirvish Village to its current status boasting a Christie Pits-area pizzeria and snack bar, plus upstairs vegan Metal Hoser Bar, Fubar.

According to a post on Facebook, the newest location will offer a “full fridge and freezer with 100% vegan prepared meals, treats and ingredients,” PLUS the pizzerias entire menu of pizza and sides, and a small section retailing vegan groceries. 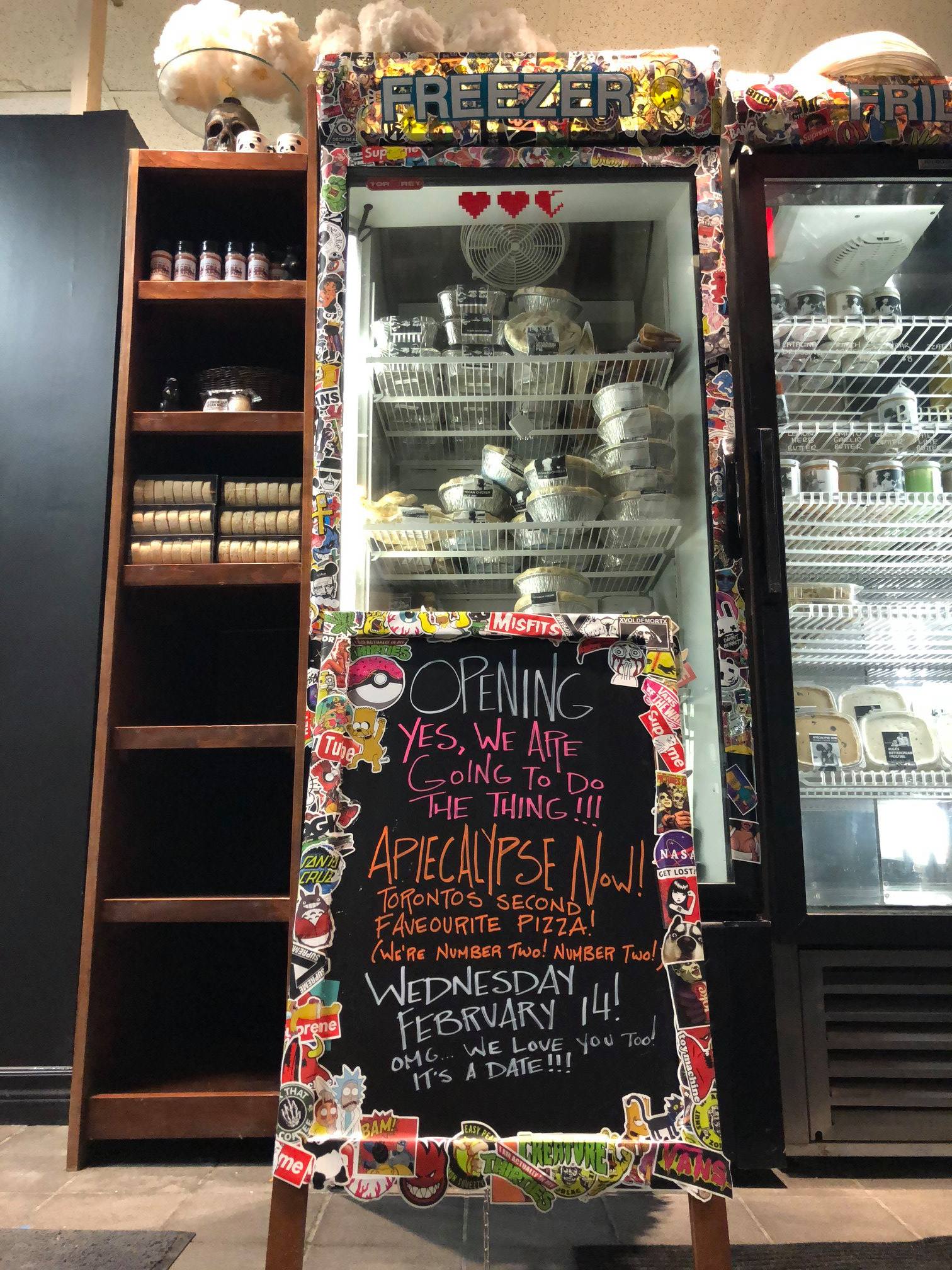 Sadly, slices are not going to be offered but starting this spring, delivery will service the neighbourhoods in the area.

Doughnuts won’t be available on opening day either but are expected to launch next season. In the meantime, look forward to “cookies, shortbread, pies, baked goods, and a variety of sweets each day.”