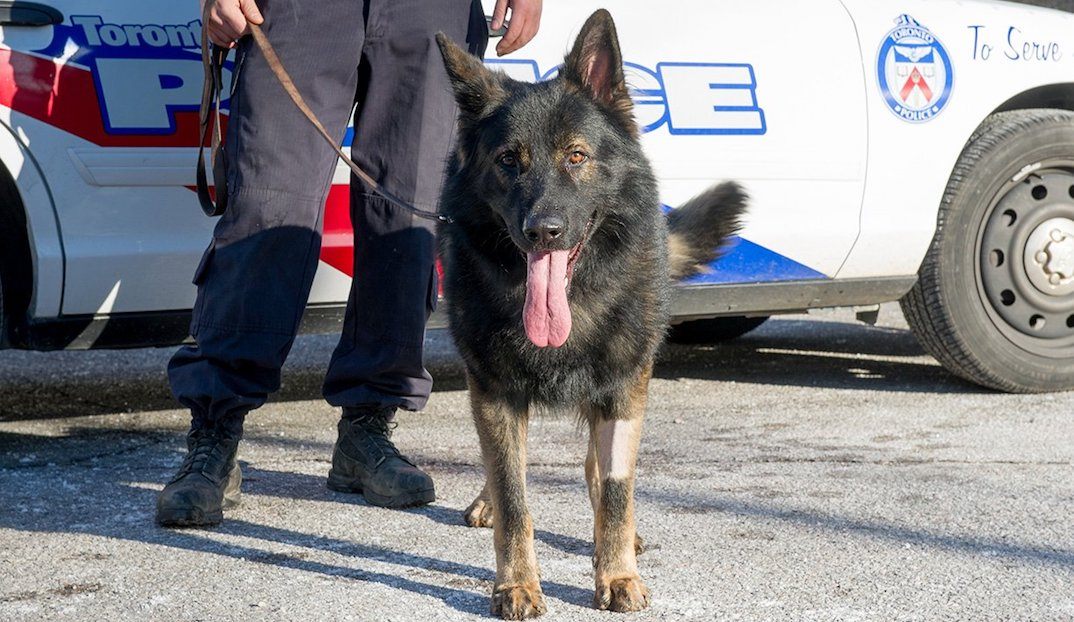 According to a Toronto Police Services Board report, the Service was approached by a donor after Lonca, a Service canine (K9), was injured by a suspect armed with a machete.

The donor has offered to provide protective gear for the K9s, and has purchased 18 Kevlar vests for the unit, which is currently comprised of 22 officers and 33 K9s.

“These handlers and their K9s are involved in a variety of calls for service including searches for armed suspects, as well as providing containment of premises when high risk search warrants are executed. They are deployed to search various areas of the city from wooded spaces to backyards, factories and residences,” reads the report.

“During the course of their duties they encounter many hazards, from sharp or jagged pieces of twigs to metal rebar or other such obtrusions. As witnessed in the past, there is a potential that the K9s may be harmed when in confrontation with a violent, armed offender.”

The vests are designed to provide protection to the K9’s major internal organs in the event they are attacked with a weapon or if they run into any sharp/blunt object.

“Our K9s are valued members and fulfil an integral role in our delivery of service to the citizens of Toronto. It is only appropriate that we provide them with the necessary equipment to protect them from harm,” concludes the report. “This donation in kind would keep them safe as they conduct their daily duties.”