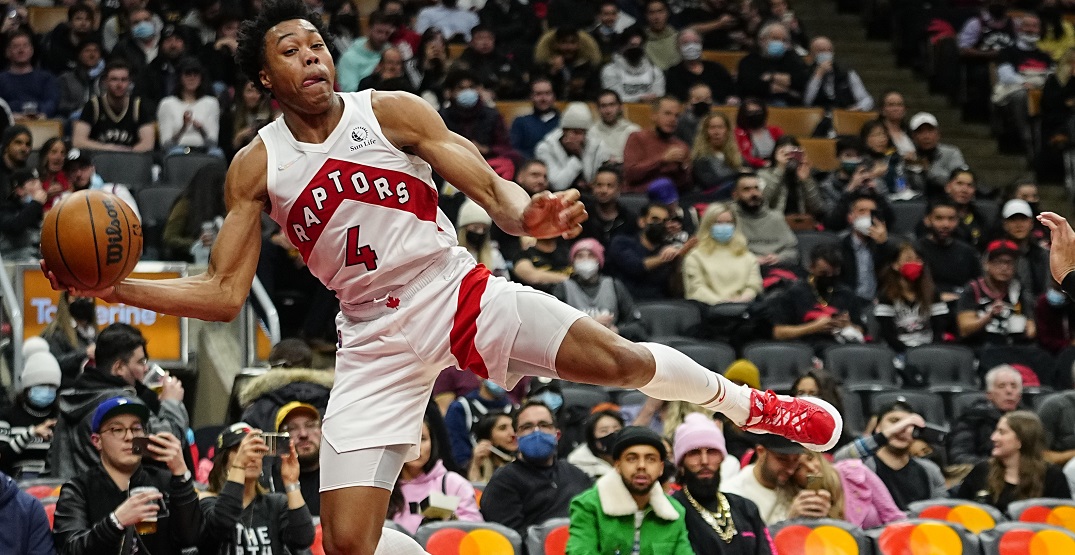 If you ask the right people, just maybe.

With the Raptors amid a playoff push, the 2021 fourth-overall draft pick has been the most dynamic first-year player Toronto basketball fans have seen in quite some time.

There’s a case to be made he’s the most dynamic Raptors rookie ever, though some Vince Carter and Damon Stoudamire die-hards might take issue with that.

While his place in Raptors history can be debated ad nauseam, it’s not hard to wonder if Barnes could be awarded the league’s top rookie at season’s end.

For now? At least a few big-name media members have been backing Barnes to win Rookie of the Year.

The Ringer’s Bill Simmons made the case for Barnes winning the award on his self-titled podcast this week.

Here’s the Rookie of the Year case for Scottie Barnes — still +330 on @FDSportsbook for some reason. I have Barnes with a slight edge over Mobley w/ 2 weeks to go. pic.twitter.com/0yAutckHI4

“I think I’m gonna pick Barnes, the way this season is going,” Simmons said. “Watching him, the way he’s evolved over the course of this season, and how much he means to Toronto… he’s playing 36 minutes a game! He’s like a f*cking 30-year-old… he’s just kind of everywhere. He has all kinds of swagger. The way he carries himself is nuts.”

Simmons also touched on the fact that Toronto has jumped ahead of Mobley’s Cleveland Cavaliers in the standings, which could play into voters’ minds. Mobley is also currently sidelined with an ankle injury suffered Monday, with no listed timetable for his return, which could also hurt his chances.

Earlier in March, ESPN’s Brian Windhorst endorsed Barnes’ positional versatility, though admitted he was still “leaning Mobley” as his pick.

“He started one game at centre and another at point guard,” Windhorst said. “You’re asking a rookie to do that. He has played a pretty big role there.”

While we don’t have a date for the announcement of the NBA awards, there are just 11 days left in the regular season for Barnes to make a push.