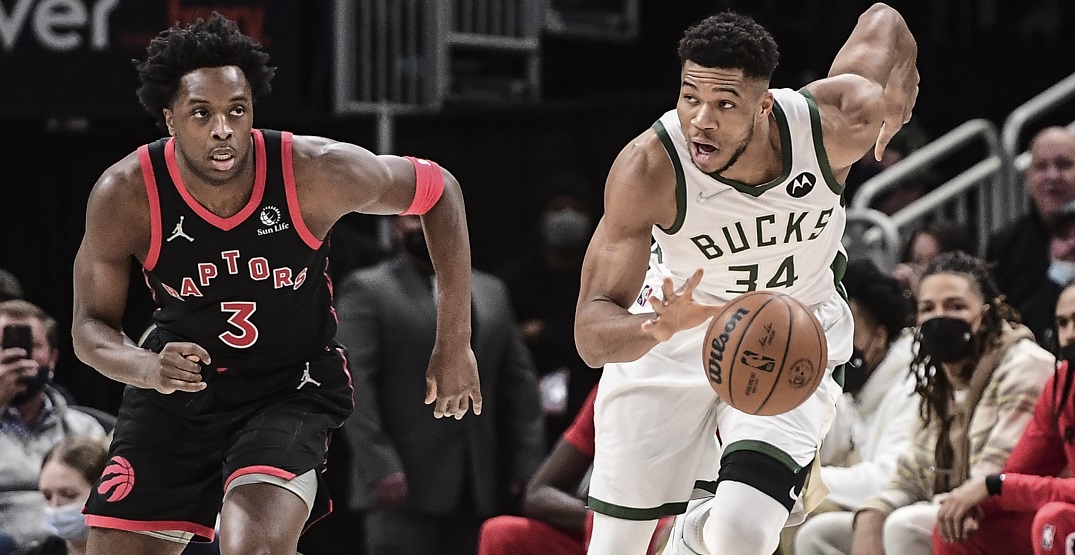 After a one-year hiatus, the Toronto Raptors will play in the playoffs once again.

Who they’ll be playing once they get there?

Toronto has clinched at least a spot in the NBA’s play-in round, while a recent push (along with a stretch of unfortunate injuries and losses by Cleveland) has seen them climb into a tie for fifth in the Eastern Conference that would allow them to go directly into the first round.

The East is going through quite a moment right now, with 50 wins still technically within reach for six different teams.

It’s as competitive as it’s been in years.

Toronto’s shown they mean business in big games this year, owning the league’s best record against teams in the top three of their conferences.

Overcoming an uncertain offseason and injuries to every single one of their starting five at some point, Toronto’s pushed right along to remain in the hunt with less than two weeks left in the NBA season. 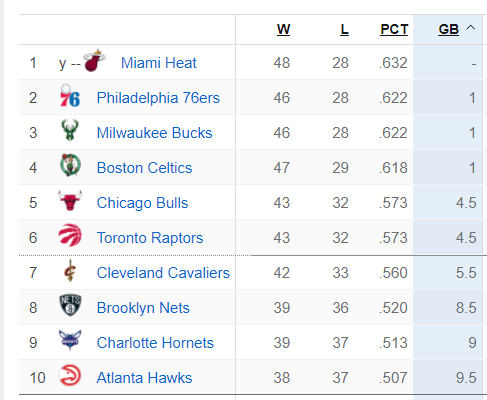 Should the Raptors remain in a top-six spot (and assuming both themselves and Chicago can’t crack into the top-four), they’ll be likely to face one of four teams come playoff time.

Boston is actually the only one of the top four teams in the East that’s been able to beat  Toronto twice this year.

The Raptors evened up the season series with an overtime win on Monday night, though the Celtics were missing Jaylen Brown, Jayson Tatum, and Robert Williams III.

In their last playoff series in 2020, as you might recall, Toronto and Boston went seven games, with the Celtics topping the Raptors in Game 7 by a 92-87 score. Four games in that series were decided by five points or less.

A chance to face Kyle Lowry. Do we need to say anything else?

Though there were little hard feelings when Lowry departed for the Miami Heat this summer as the team moved in a younger direction, a playoff series could suddenly make the consensus Greatest Raptor of All-Time an — albeit temporary — villain in Toronto.

After missing all three previous matchups against the Raptors this year, Lowry’s return to Toronto is set for this Sunday, April 3.

The Raptors beat the Heat in the 2016 Eastern Conference semifinals, but that’s hardly relevant now: just a single-player — the 41-year-old Udonis Haslem — currently remains with either team.

The 76ers are a much different team than when the Raptors took them on the second round of the 2019 playoffs, with key players Ben Simmons and Jimmy Butler having departed for Brooklyn and Miami, respectively, in high-profile exits.

MVP candidate Joel Embiid dropped 36 points against the Raptors back in December, while James Harden has averaged 22.4 points, 9.9 assists and 7.6 rebounds in 14 games for the 76ers since coming over in the deal for Simmons.

The closest thing we’ll get to a playoff preview will come next Thursday, April 9, when the Raptors host the 76ers in a match that should also double as the long-awaited Danny Green 2019 championship ring ceremony.

On the one hand, the Raptors have beaten Milwaukee in all three matchups they’ve faced this season.

On the other hand, two-time MVP Giannis Antetokounmpo has missed two of those games while putting up 30 points, six rebounds and a trio of assists in a 103-96 loss vs. Toronto on January 15.

With the Bucks coming into the season as the defending NBA champions, Toronto would be in-tough to repeat their regular season success come playoff time.

But after overcoming a 2-0 series deficit in the 2019 Eastern Conference Finals against the Bucks, the Raptors just might have the moxie to pull off another upset over Milwaukee.