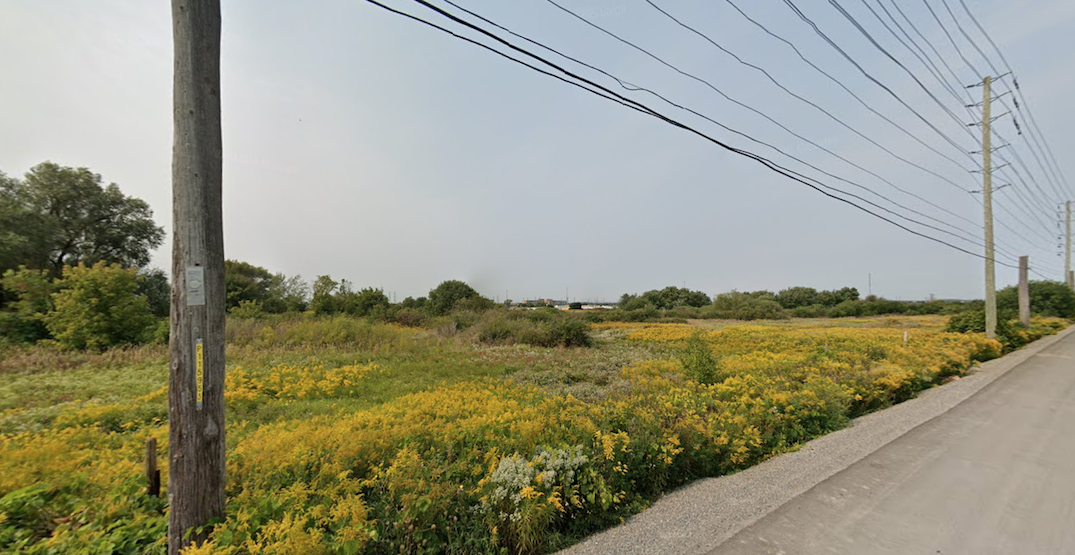 Amazon is officially no longer considering a wetlands site in Pickering for its new Canadian warehouse facility.

The decision came on Friday after development on the site, located off the 401 just east of Brock Road on the Pickering/Ajax border, was strongly opposed by environmental groups wanting to protect the land.

A spokesperson for Amazon confirmed that the company, which is aware of the environmental issues, is no longer considering the Pickering wetlands for its warehouse and is continuing to look elsewhere.

“We were always considering multiple sites for our expansion and we take environmental issues very seriously,” Amazon spokesperson Dave Bauer said in a statement to Daily Hive.

Earlier this month, the Ford government issued a regulation requiring the Toronto Region and Conservation Authority (TRCA) to, by Friday March 12, grant permission to Pickering Developments Inc. to develop a distribution facility on wetlands.

This move followed a Minister’s Zoning Order (MZO) issued in October by Municipal Affairs and Housing Minister Steve Clark. The MZO allows the Minister to supersede local zoning regulations and fast-track the development of a distribution facility on the wetland.

The TRCA publicly opposed having their hand forced in approving the project, saying in a March 5 statement that they “would ordinarily decline permission of such a permit” and that they must “now, under duress, adhere to the Province’s legally mandated directive which conflicts with TRCA’s mandate to further the conservation, development, and management of natural resources in watersheds within our jurisdiction.”

Amazon had not yet signed a lease for the Pickering property and did not request the MZO for the site.

City Councillor Josh Matlow said in a tweet that Amazon was making a better environmental decision for the region than the provincial government.

What does it say when decisions made by @amazon are more protective of our region’s natural environment than those made by our own provincial government? https://t.co/1dna14vhlH

Ontario NDP Leader Andrea Horwath responded to the news by saying that the Ford government will need to revoke the MZO before the wetlands can be safe from development.

You don’t bulldoze a wetland to build a warehouse!
This decision by Amazon is the right one, but our fight isn’t over, friends.
We need the Doug Ford MZO scrapped — or this vital wetland remains at risk of being paved over for whatever the highest bidder wants to build there. https://t.co/JGKBpw1u6G

According to spokesperson for the Minister of Municipal Affairs and Housing, Stephanie Bellotto, a decision on the future of the MZO has not yet been made.

“The Minister of Municipal Affairs and Housing intends on writing to the City of Pickering and the Region of Durham to ask if they would like the MZO amended to exclude the portion of the lands that would allow for the construction of a distribution centre,” Bellotto told Daily Hive. “As always, when it comes to MZOs on non-provincial land, it is the municipalities who are in the driver’s seat.”

Whether the development will go ahead, and to what extent, remains to be seen.