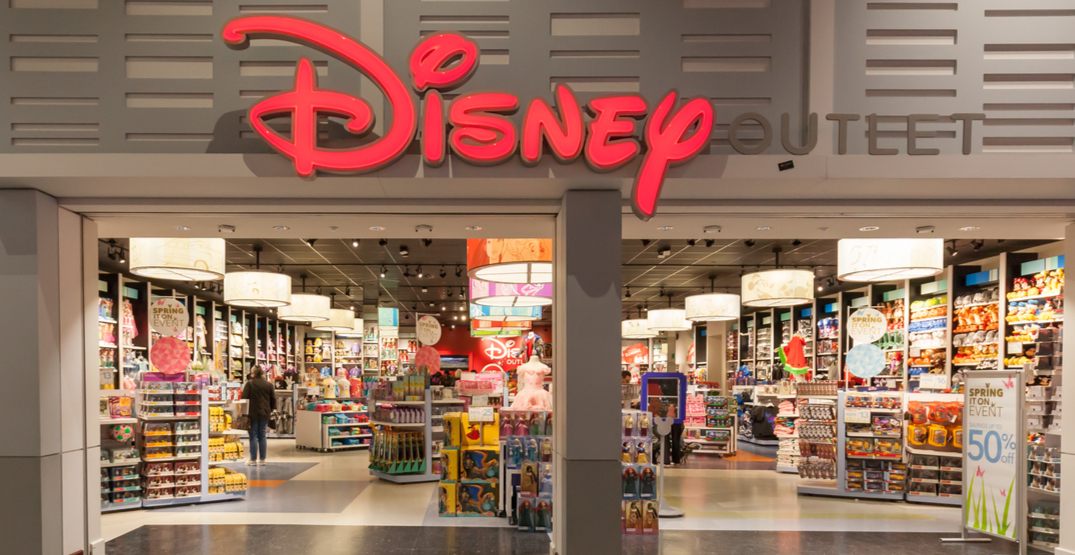 The last three remaining Disney stores in Canada are set to close for good next week.

The Vaughan Mills store will be closed by September 15, while the Toronto Eaton Centre and Scarborough Town Center shops will shut down “on or before” September 22.

A staff member at the Scarborough Disney store confirmed to Daily Hive that the stores would close once merchandise sells out.

The three Toronto locations are all that remain of Disney’s Canadian stores.

Disney closed stores in Edmonton, Calgary, and Winnipeg earlier this month and shut down British Columbian locations in July.

Disney announced in March that it would be “significantly reducing” its physical stores and moving towards e-commerce.

At the time, the company said it planned to close 60 stores across North America by the end of 2021.