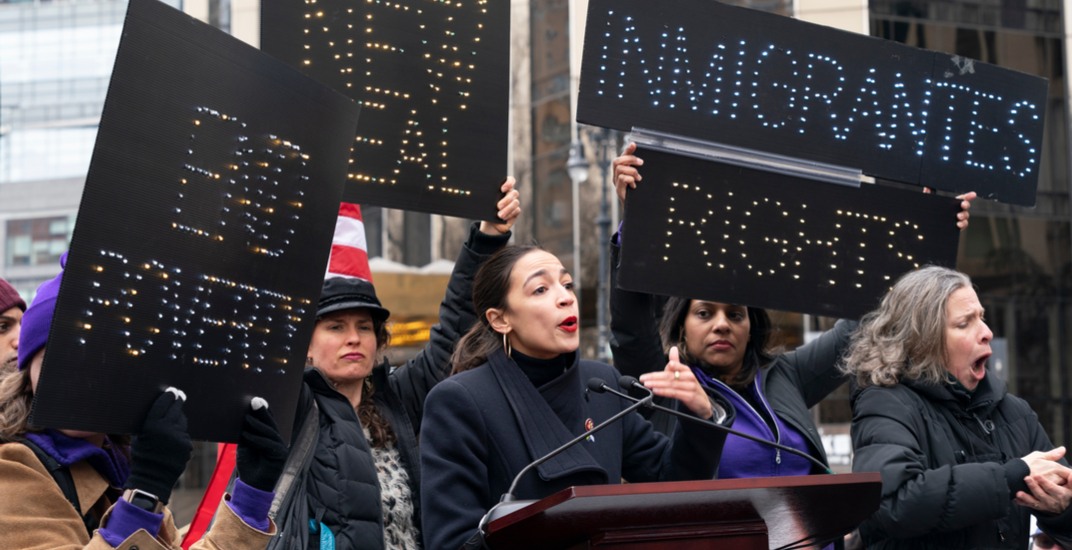 Alexandria Ocasio-Cortez has already made a name for herself on Capitol Hill and now she’s taking over the big screen.

Coming hot off the heels of its Sundance Film Festival audience award win, Knock Down the House, a doc about four progressive women running for US Congress in 2018, including Ocasio-Cortez, is set for an international premiere at Toronto’s Hot Docs Canadian Documentary Festival this spring.

Directed by Rachel Lears, the documentary is a rollercoaster ride that follows the women behind the scenes and in the streets as they grind through their individual campaigns in very different political landscapes.

The candidates include Paula Jean Swearengin, a coal miner’s daughter in West Virginia, Amy Vilea a grieving mother running in Las Vegas, Cori Bush, a registered nurse in Missouri, and Ocasio-Cortez, a bartender from the Bronx.

None of the women had previous political experience, but they gained attention after taking on heavyweight incumbents. Of the challengers, only Ocasio-Cortez won the vote and made it to Washington.

Following its international premiere at Hot Docs, the award-winning doc will land on Netflix.

When: April 25 to May 5
Where: Hot Docs Ted Rogers Cinema, 506 Bloor Street West