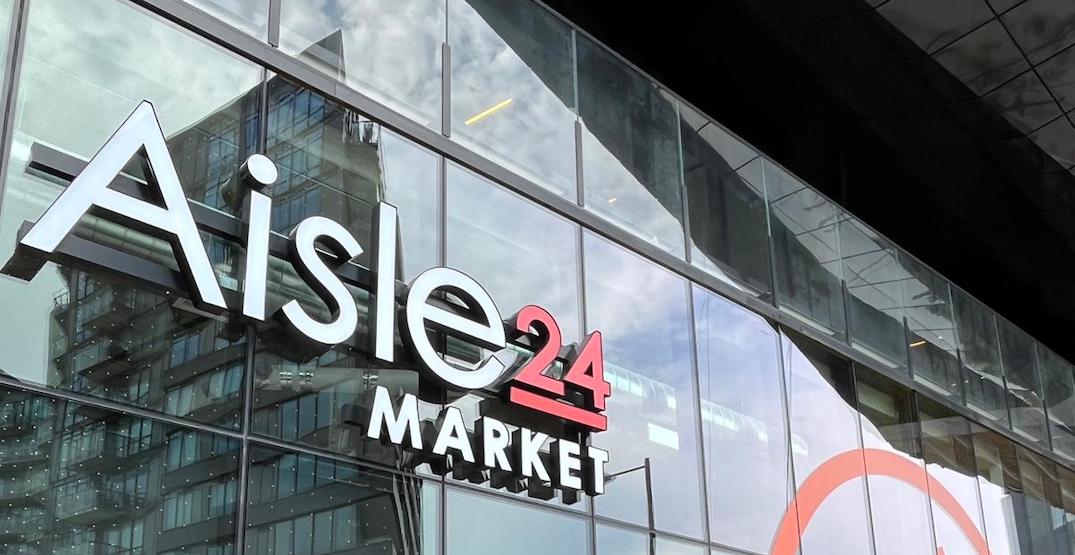 There are tons of convenience stores scattered across Toronto but this new concept takes “convenience” to another level.

They serve as a more secure and reliable way for people in buildings or complexes to get what they need and go. 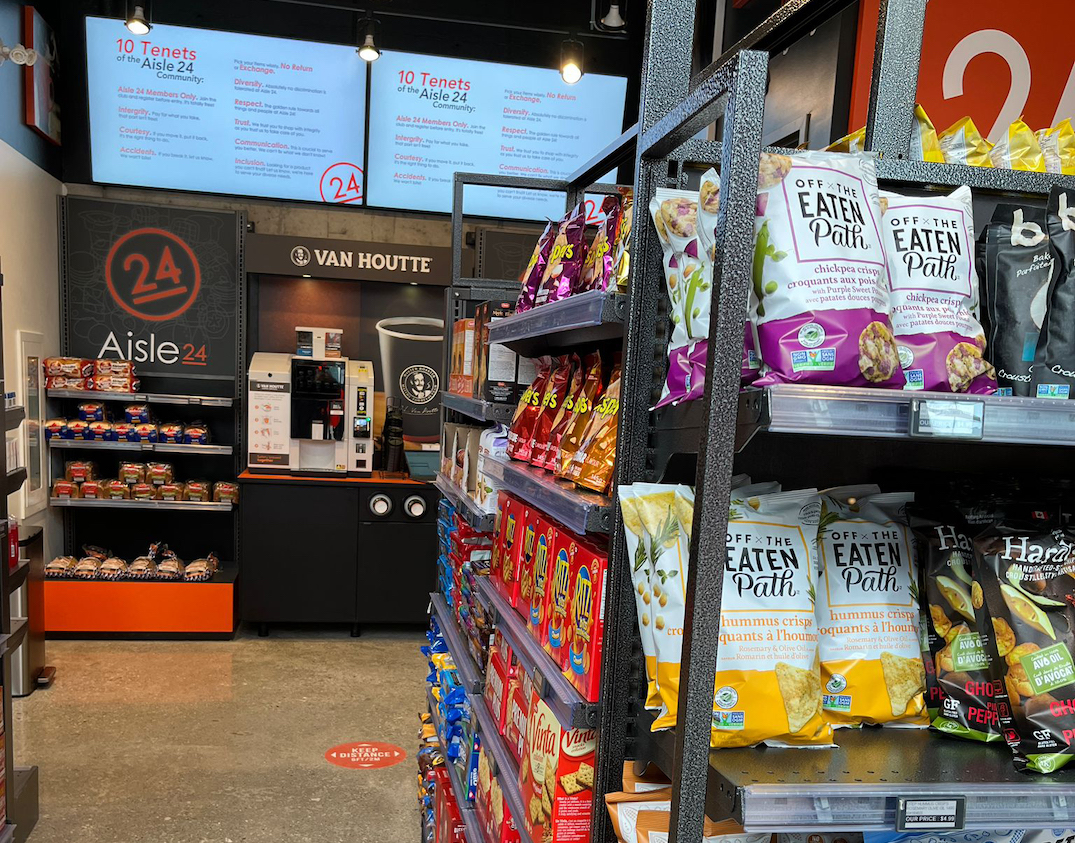 Its first Toronto location has recently opened at 21 Lawren Harris Square in Corktown and they plan to open six more locations by the end of 2022.

How it works is fairly simple, since all stores are unmanned, customers must download the Aisle 24 app and register for an account to gain access to the stores. Then they can shop for what they need and use the self-serve check out to pay for their items. 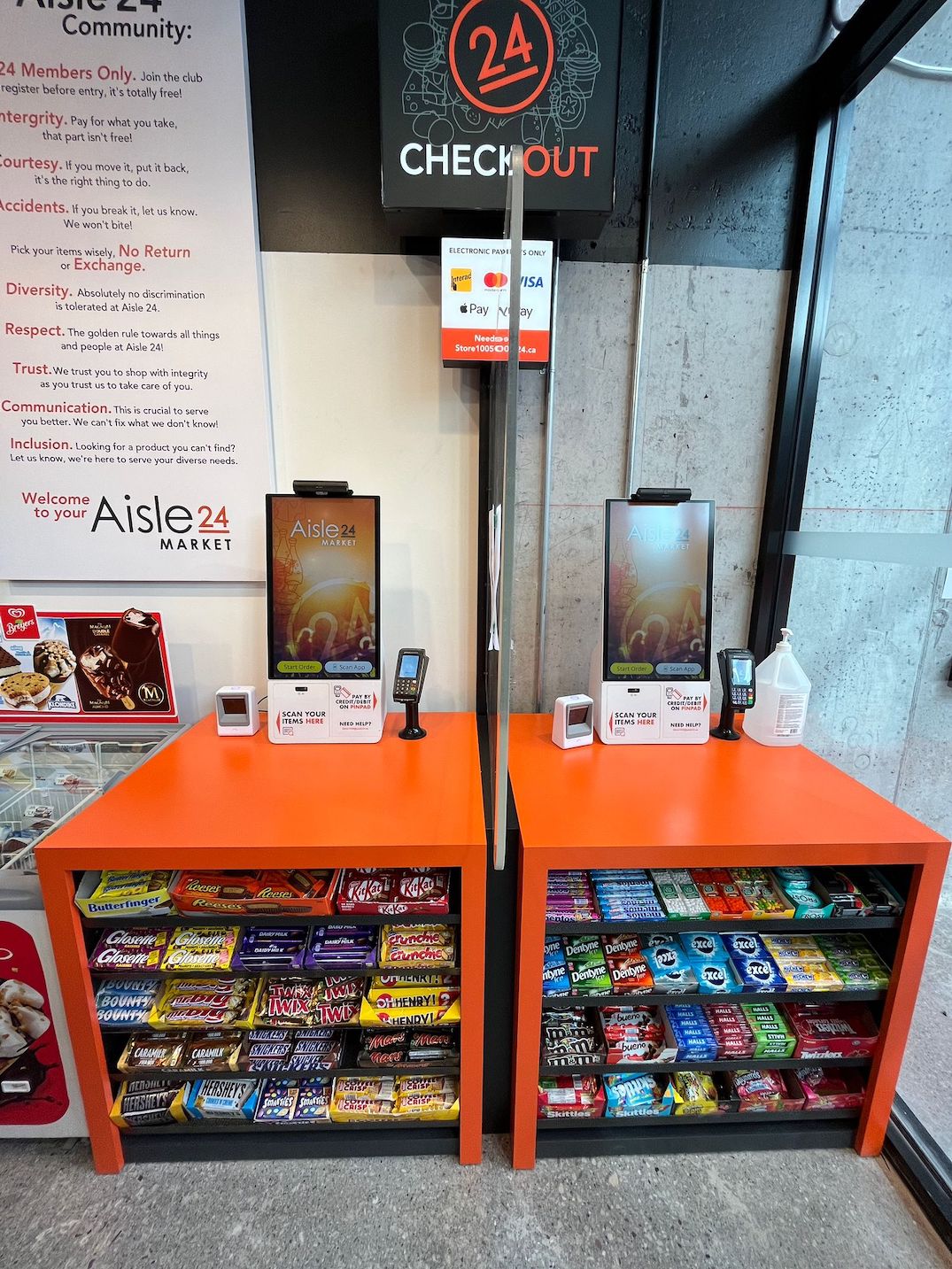 There are two store formats, Resident Markets which are smaller stores located within a residential community, and the Community Market which is larger and accessible to the general community.

The following year, the company partnered with Knightstone Capital and Centennial College to launch Canada’s first cashier-less grocery store at Centennial Place student residence. It was tailored to the specific purchasing habits of their community, according to Aisle 24. 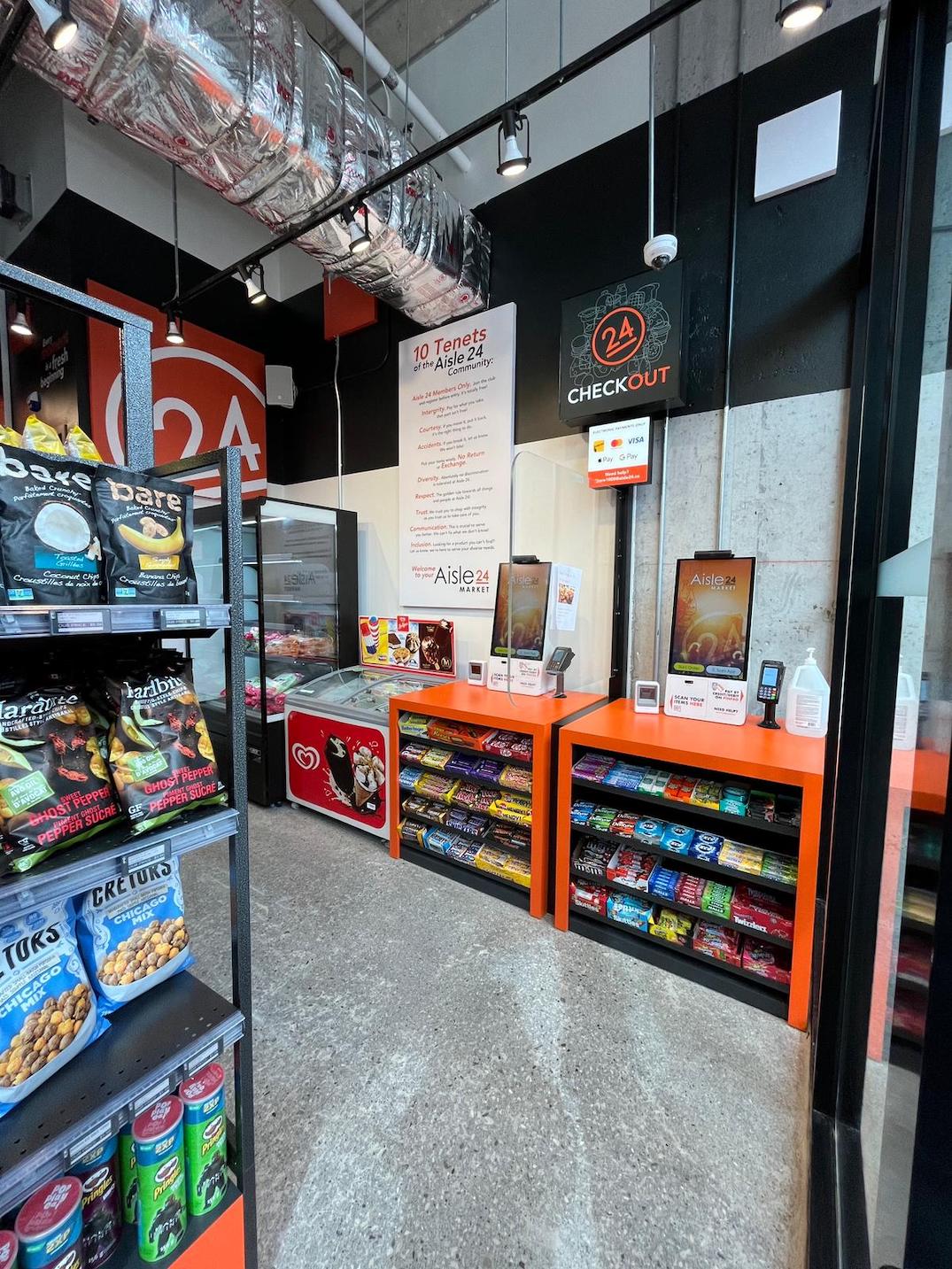 Due to its success, Aisle 24 made the move to expand across Toronto and the GTA, including other Ontario cities.

CEO and Co-Founder John Douang told Daily Hive that they have plans to expand across Canada by 2023.

“We have plans to expand into British Columbia, Alberta, Manitoba, Nova Scotia and New Brunswick over the next 2 years,” said Douang.

Until then, its next store opening will be at 25 Ordnance Street in December 2021, then 11 Tippett Road to follow the month after.

The next three will be located at 283 Adelaide Street West, 85 Silver Springs Boulevard, and 5475 Dundas Street West in January or February 2022.

The 1 Yonge Street location will open sometime in late 2022.