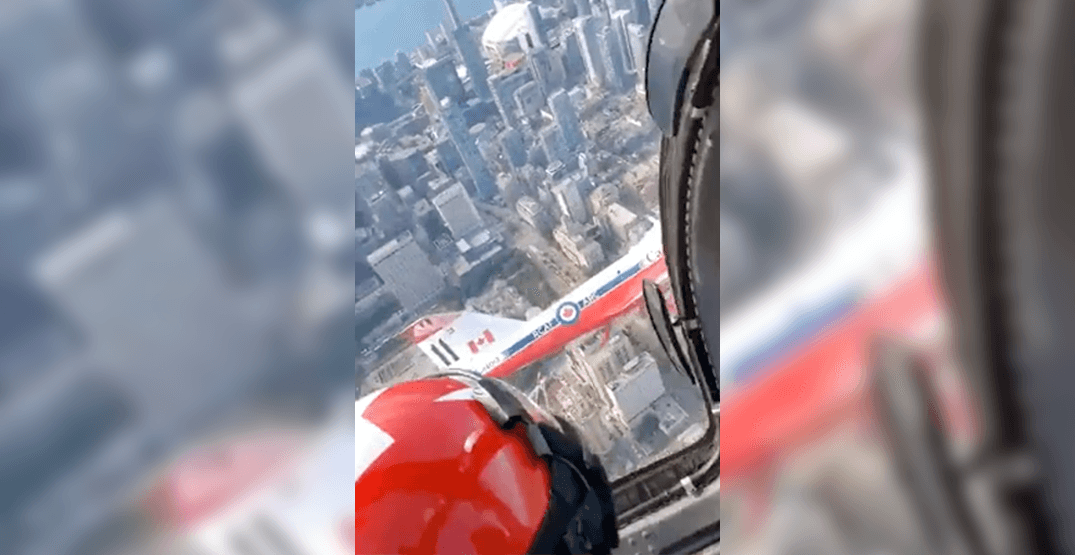 The Canadian National Exhibition has wrapped up for another year, and while you’ve already missed your chance to ride the midway and eat your way across the epic offerings at The Food Building, you likely saw—or at least, heard—the air show.

And while it’s one thing to see the show from below, it’s another thing entirely to experience it from the cockpit as a pilot.

Fortunately, for those of us stuck on the ground, someone has given us a taste of what that experience is like by filming their practice run from the cockpit of their plane, and sharing the video on Reddit.

Cockpit view of snowbirds practice run prior to CNE airshow. from r/toronto

The Red Arrows are recognized as one of the world’s premier aerobatic display teams, having performed close to 5,000 times in 57 countries since 1965, according to the CNE.

The Snowbirds returned to the CNE to electrify crowds with their extraordinary aerial manoeuvres performed by nine amazing pilots who come from across Canada.