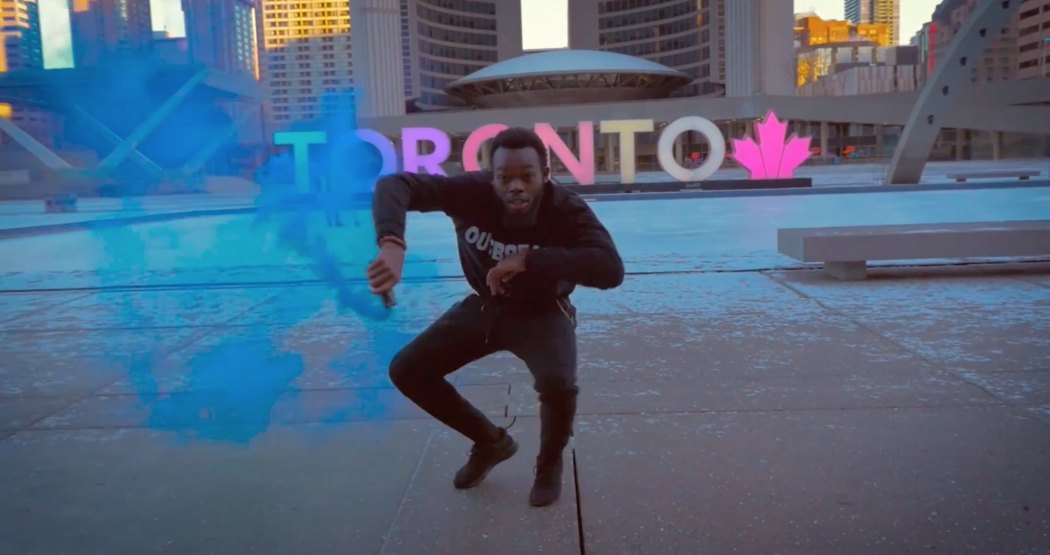 Set to a STéLOUSE remix by Bryce Fox, the 1-minute video shows off some of Toronto’s most iconic features along with some sweet afro dance moves and coloured smoke.