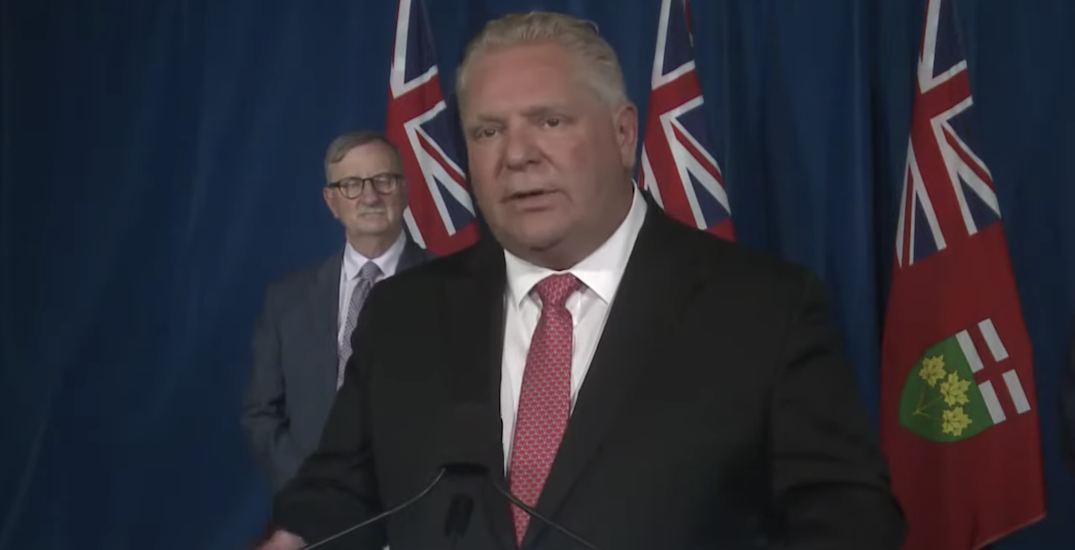 Premier Doug Ford shared some choice words for the Adamson Barbecue owner after he reopened his food establishment on Wednesday morning despite orders to shut down.

In an Instagram post earlier this week, Adam Skelly shared that his restaurant would open on November 24 at 11 am and that “enough is enough.” That same day, Skelly was charged under Section 22 of the Health Protection and Promotion Act, according to the city.

Ford had sympathized with Skelly and all local business owners at this time; however, he’s now grown frustrated after being made aware that Skelly, once again, defied rules.

“I was nice to the guy yesterday, but buddy, let me tell you something, you’re putting people’s lives in jeopardy. I always try to be nice the first time, but this guy is just totally ignoring public health officials,” said Ford during Wednesday’s press conference.

“That’s how this spreads — that’s how we get out of hand like the United States that are out of control right now. People are dying because of COVID-19, and he just wants to say ‘forget it’ and have everyone down there.”

After a thorough investigation on the first day, the city said that they are also investigating Adamson Barbecue for “compliance with business licensing, zoning, public health, Ontario Building Code and the Ontario Fire Code requirements.”

“It’s absolutely irresponsible and ridiculous. And then I find out he’s doing so well online and takeout orders, he opened up a second location, but he wants to defy the guidelines from the chief medical officer. Unacceptable,” said Ford.

Daily Hive has reached out to Toronto Police for comment.