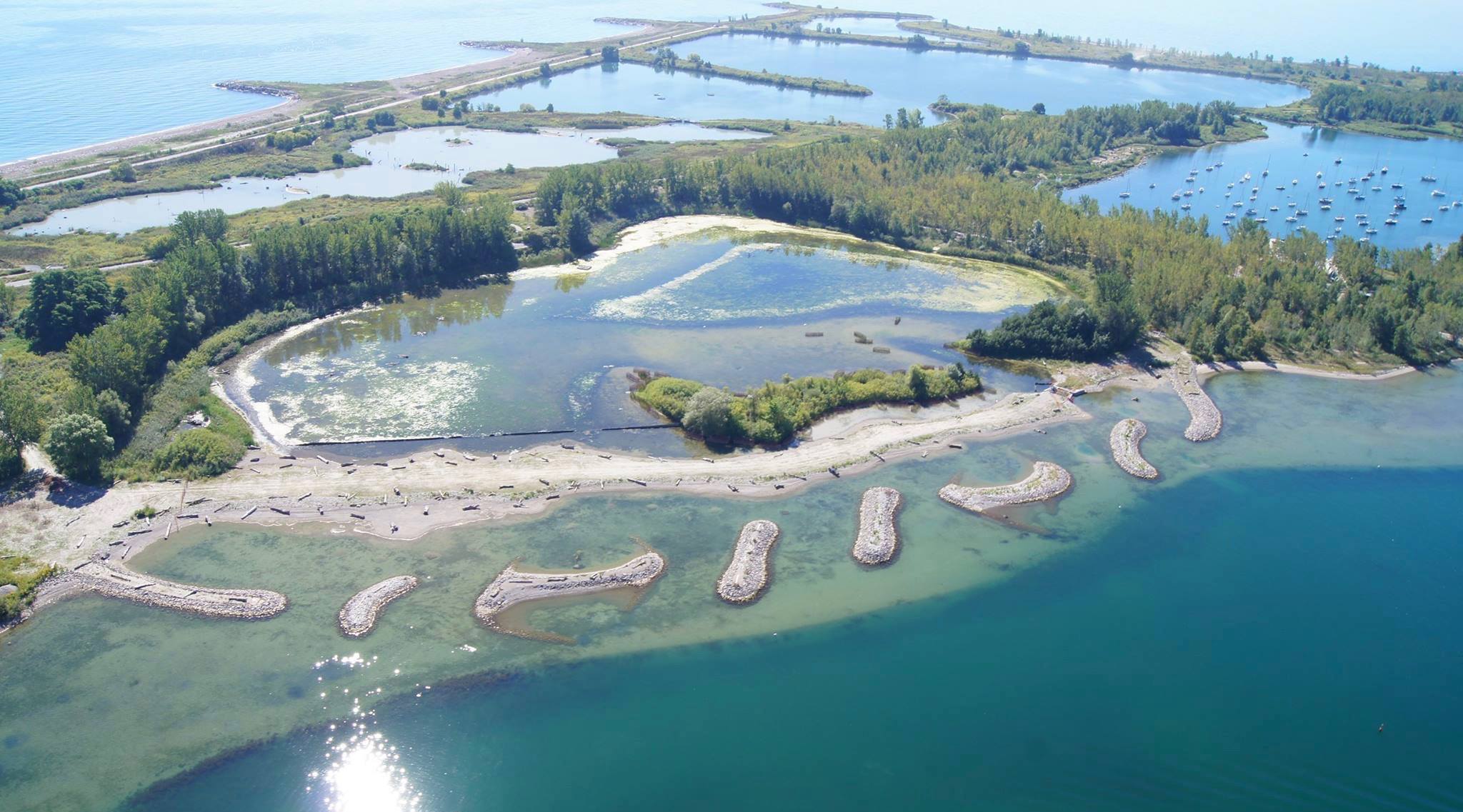 Between its cool neighbourhoods and sprawling green spaces, Toronto has an impressive selection of bike paths (intended or not) for cycling enthusiasts to explore its charming sights.

As Toronto island is not likely to emerge from the water any time soon, here are 9 other Toronto bike paths and scenic urban routes to enjoy this summer.

Check out our handy bike guide before you take off on two wheels, and remember to always wear a helmet!

A 56-kilometre highlight of Toronto’s scenic waterfront, Martin Goodman is likely the most frequented trail in the city — for good reason. Despite heavy traffic, this trail’s connection from the city centre to The Beaches cannot be beat.

Before Bloor received its bike-friendly facelift, its southward neighbour Harbord was the go-to midtown route, with designated lanes from Ossington to Queen’s Park crescent. For a pitstop on a sunny day, cyclists can rest their wheels at the picnic tables of Harbord Village favourite, Habord Fish and Chips.

A repurposed railway travelling from Allen Road to Mount Pleasant Cemetery, this route is an urban cyclist’s dream way to view the city. Beltline Trail’s southern paths even connect with community haven, Evergreen Brickworks. Take this loop on a weekend to visit the Saturday market, or keep up with its latest Bike Works offerings.

Though cycling is only permitted on its paved roads, a visit to High Park’s 161 hectares of green space is a must-do summertime activity. Don’t miss the opportunity to combine cycling with a show, by catching an epic nightly performance of the Canadian Stage’s Shakespeare in High Park — celebrating 35 years this summer!

A hidden gem in the heart of the Don Valley, Crothers Woods is a favourite spot for mountain bikers. A trail to make cyclists feel like they’ve stepped back in time, this route runs through a 52-hectare forest filled with century-old trees.

Easily the fastest way to travel from Dupont to Dundas, Shaw Street is a cyclist-friendly one way street frequented by midtowners commuters. Dismount to stop and smell the flowers (and whatever else goes on) in Trinity Bellwoods Park this summer.

From Dupont to Queen, Palmerson offers a scenic (and relatively traffic-free) ride down one of the most interesting streets in the city. While not an official trail by any means, there’s easy access from major bike-friendly arteries like Harbord and Bloor, plus plentiful options for a refreshing pitstop via College Street (hello, Village Juicery).

One of Toronto’s great cycle paths in the making, the functional West Toronto Railpath is home to some of the most colourful graffiti murals in The Junction. The most recent plan to extend the old railway as an isolated route for cyclists is already underway.