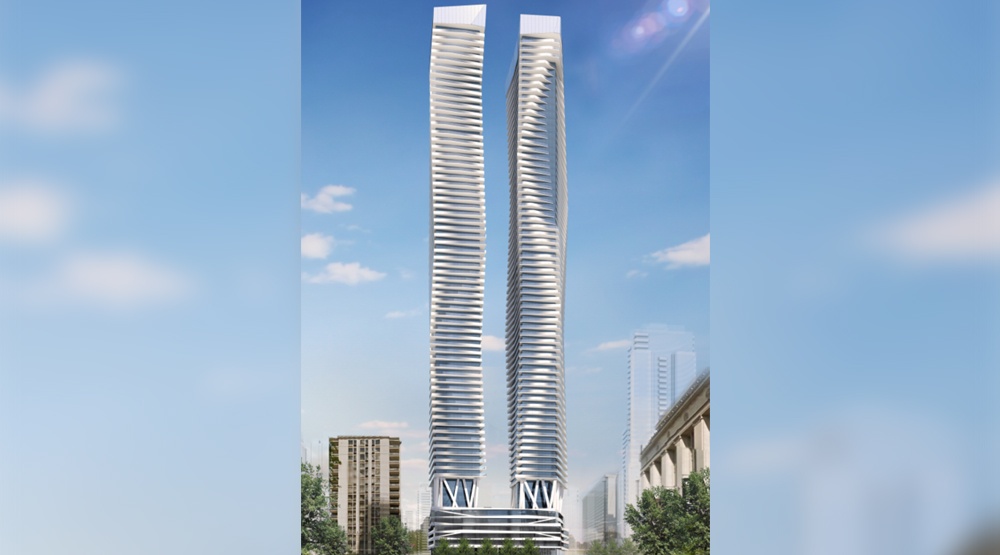 Renderings of proposed towers at Yonge and Carlton/City of Toronto

A development application being reviewed by the City of Toronto may change the northeast corner of Yonge and Carlton.

The zoning by-law amendment received by the City on October 5 was submitted by Carlton Tower Limited, located at 2 Carlton Street, which is proposing the demolition of the existing 18-story building. The development proposal is for two mixed use, “elegantly designed” 72-storey towers, with space for retail and residences. 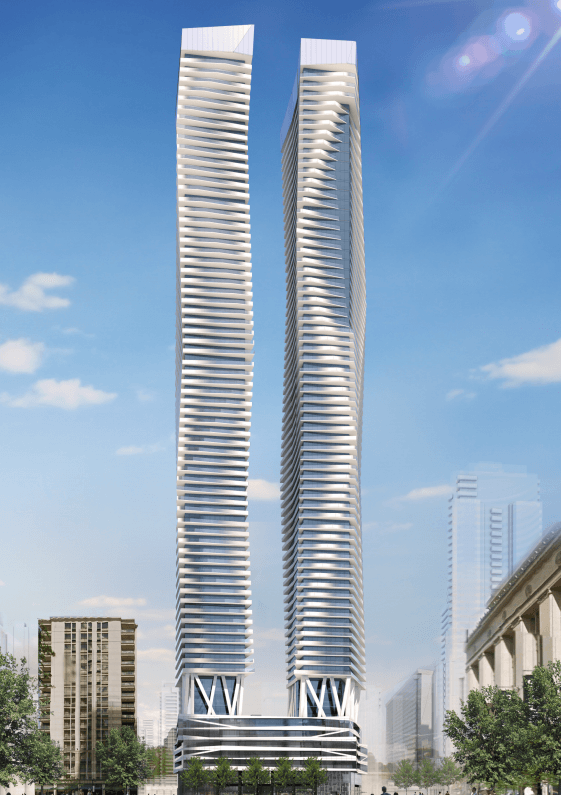 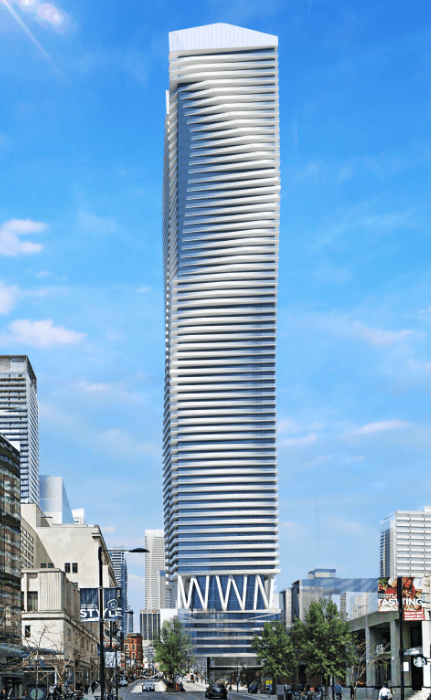 According to the cover letter submitted to the City, the proposal includes a total of 1100 residential condominium units (572 one-bedroom, 446 two-bedroom, and 82 three-bedroom units), and 265 parking spaces.

The proposed area of development is directly adjacent to College Station, on the Young-University-Spadina subway line. It is also along the 506 Dundas streetcar route, making it a busy intersection seven days a week. 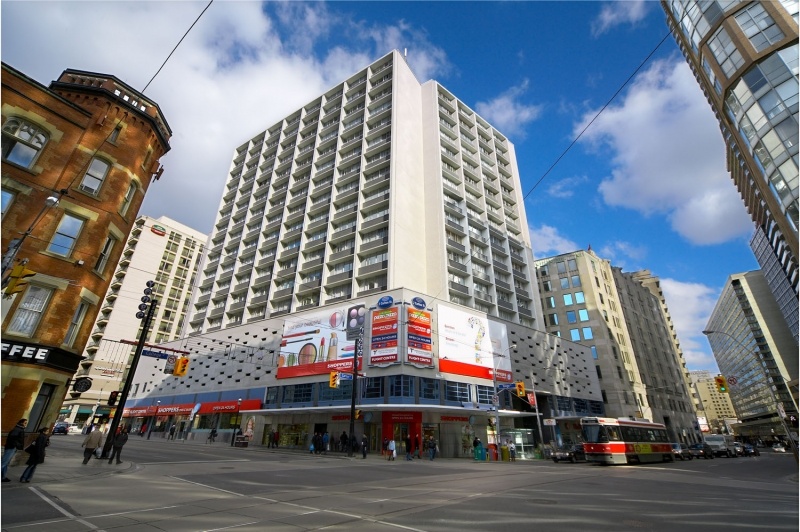 The current building, which was originally built in 1959, has a 24-hour Shoppers Drug Mart along with direct access to the subway.

As well, the subject site is located within the Historic Yonge Street Heritage Conservation District, and will therefore be subject to policies and guidelines related to non-contributing properties which relate to new construction and infill development. The policies require that new development in the district be compatible with its heritage character.

The status of application for the proposal is currently “under review,” and the City is welcoming public consultation to be taken into consideration for their final report.