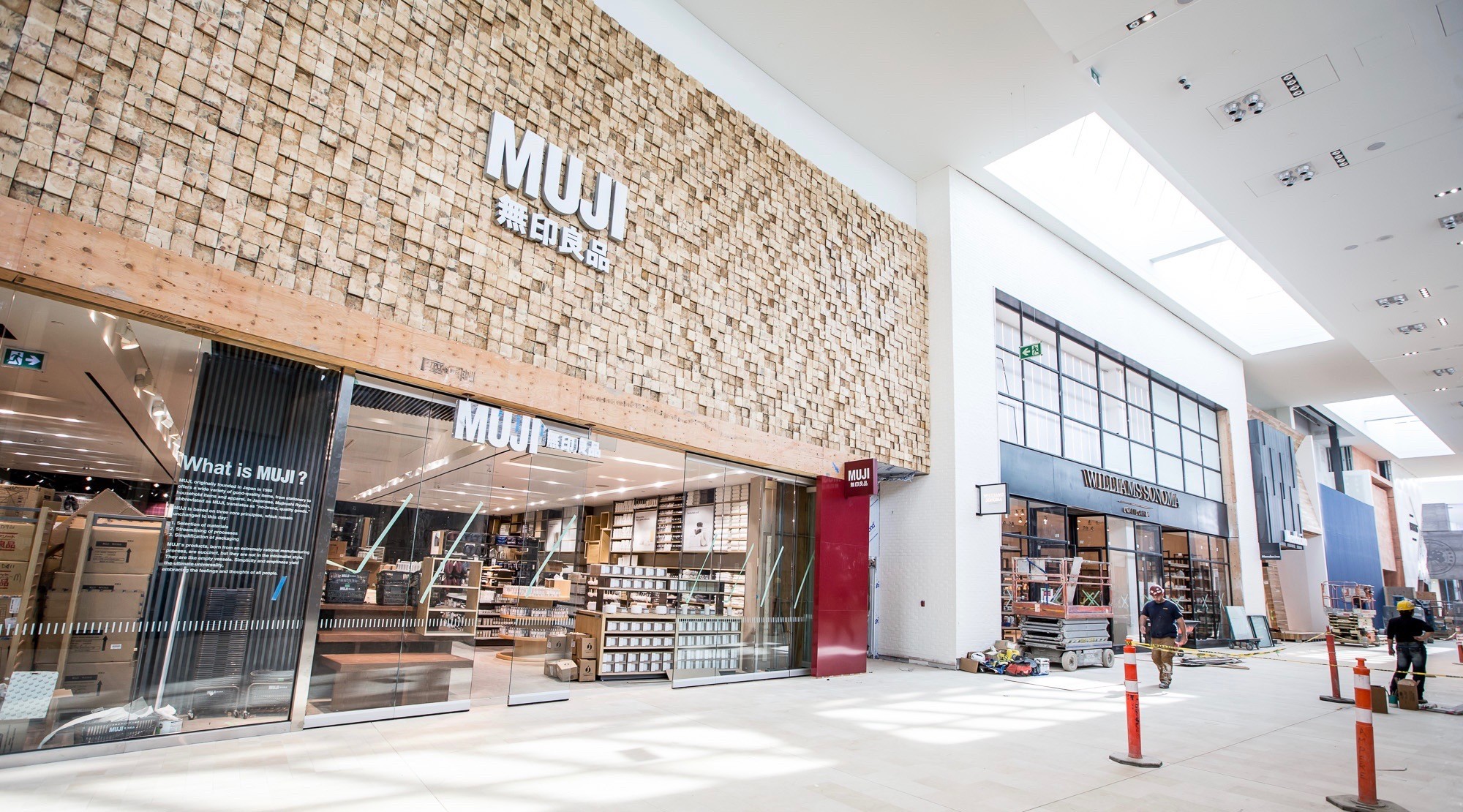 Last month we told you Yorkdale was expanding.

So we knew we had to go and see for ourselves what the most successful shopping centre* in Canada had up its sleeve before it officially opened its doors to the public next week.

On a guided tour of the 300,000 square foot expansion (101,000 sq. ft. of boutiques, 199,000 sq. ft. Nordstrom) with Yorkdale Shopping Centre’s General Manager Claire Santamaria, Daily Hive quickly understood what all the fuss was about.

The brand new space is somehow both large and inviting at the same time.

Even in hard hats and steel toe boots it wasn’t hard to see what the expansion will look and feel like in a week’s time.

The wide hallways, the sky-high ceilings, the massive store entries and signs; walking through the Yorkdale expansion is like strolling down a clean, well-kept European street, only one that’s filled with all the shops and space you could ever need.

The new wing will feature more than 20 stores (+ Nordstrom), including several destination-worthy locations all on their own.

The world’s first Canada Goose brick and mortar location will be there. So will Uniqlo, and lululemon.

Now that’s what we call a lineup.

(Not to mention, Toronto’s first Yves Saint Laurent store will be joining the Yorkdale family in 2017, albeit not as part of the expansion.) 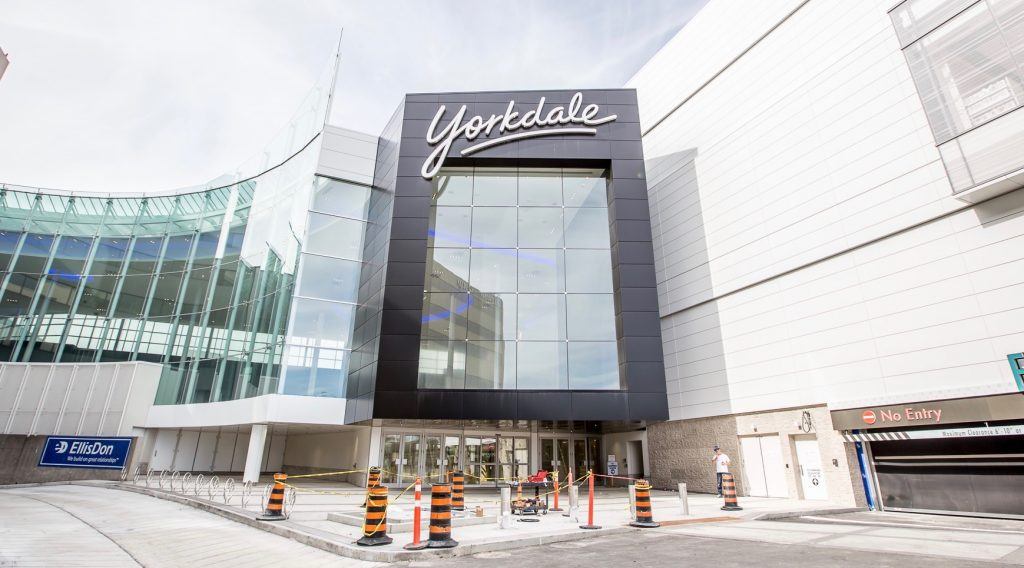 The new face of Yorkdale

We expect that by the time the holidays come around you’re going to be hard pressed to find a parking spot at Yorkdale (according to Santamaria 80% of the shopping centre’s customers drive). Which is saying something, as the completion of a five-level underground parkade that added 2,000 parking spots brought the total number of spaces available to 8,000.

Of course, this isn’t just about the customers. The Yorkdale expansion also means the creation of 2,000 more jobs, bringing the centre’s total to some 7,000.

To celebrate the launch of the new expansion, Yorkdale is throwing a fashion show – obviously – that will feature many of the brands included in the expansion as well as some smaller Canadian brands that wouldn’t usually have the opportunity to showcase in Canada’s most successful shopping centre.

The smaller Canadian brands will then be featured in the FashionCAN Pop Up, a 3,000 square foot space intended to better connect Canada’s leading and emerging designers with retail buyers and consumers. Thanks to a partnership between Yorkdale Shopping Centre and the Canadian Arts and Fashion Awards (CAFA), you can expect to find brands like Greta Constantine, Lucian Matis, Bustle, and Pink Tartan at the Pop Up.

More than two and a half years after breaking ground on the expansion, Yorkdale will officially let the public begin their newest shopping experience next Tuesday, October 18.

And it’s going to be epic. 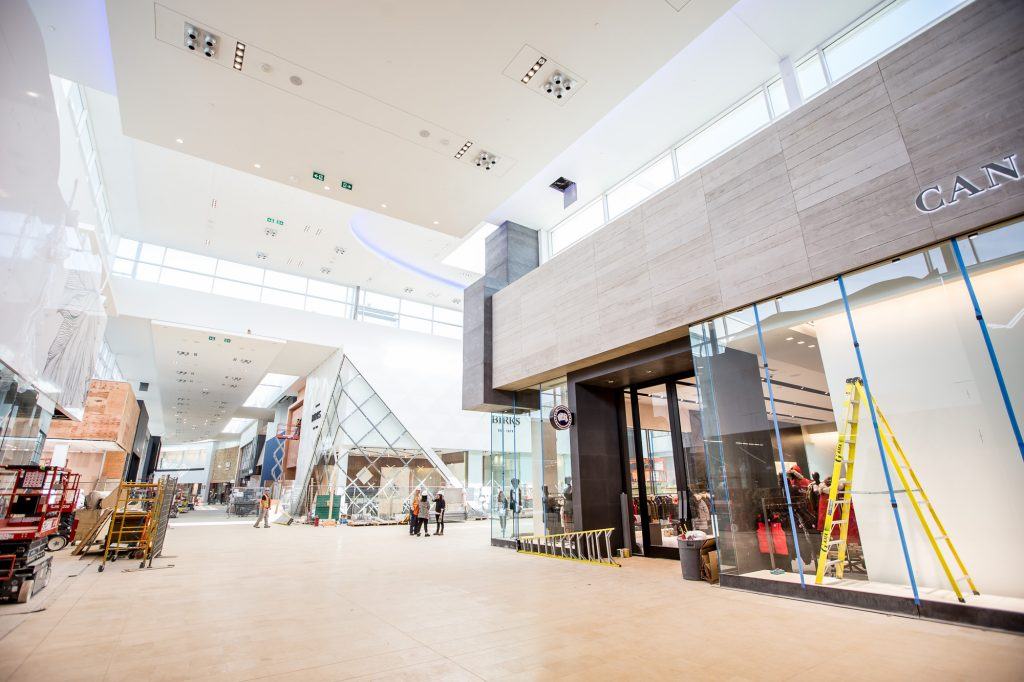 From the Canada Goose store, looking down hallway toward Uniqlo 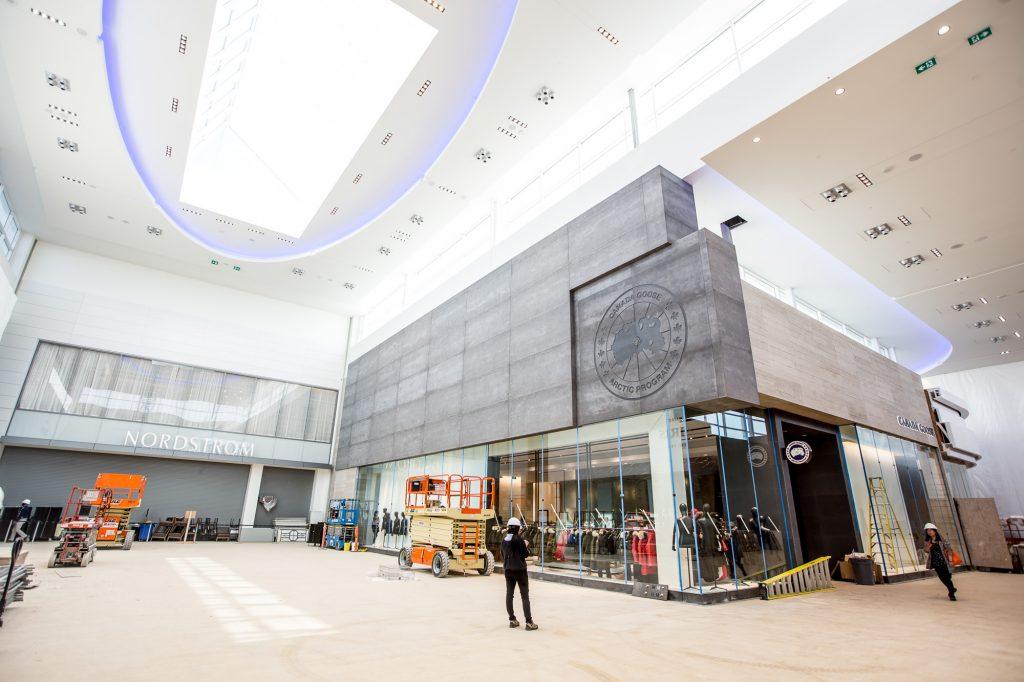 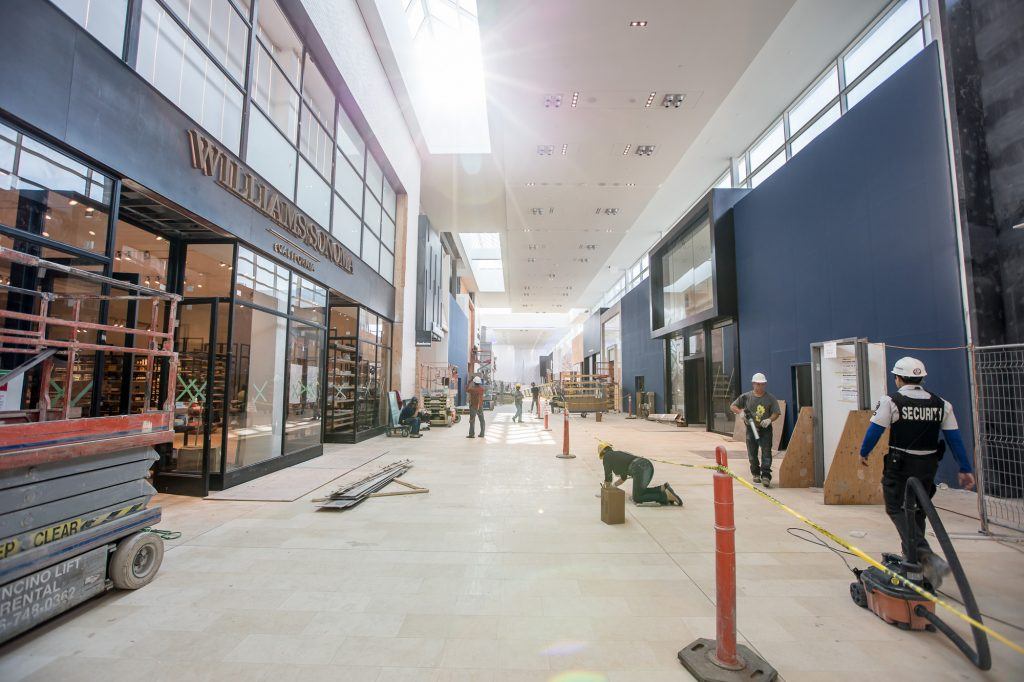 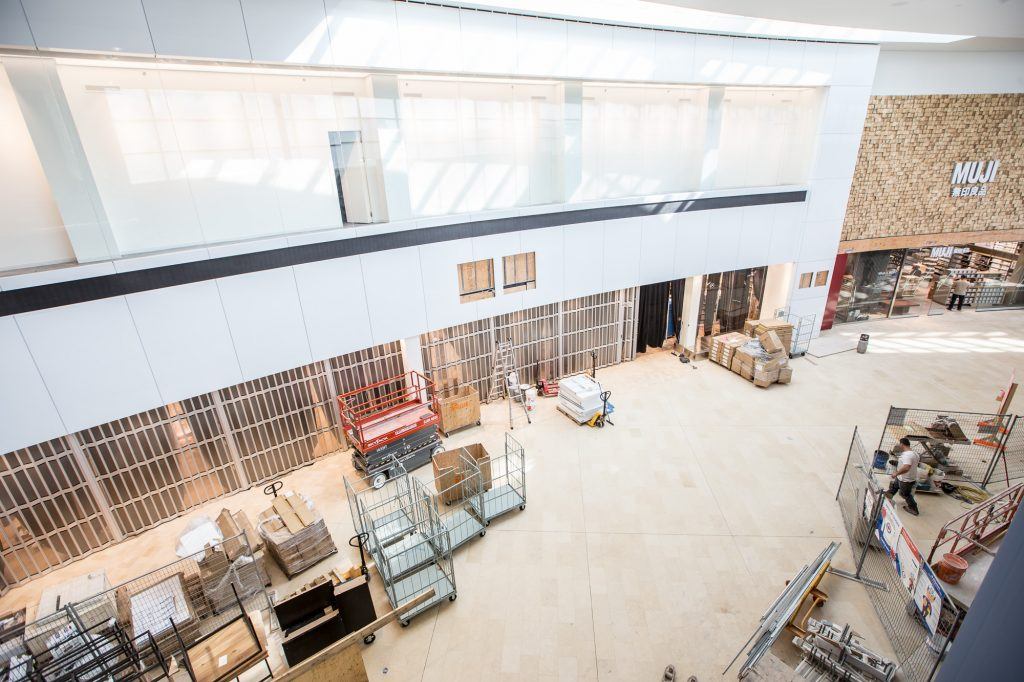 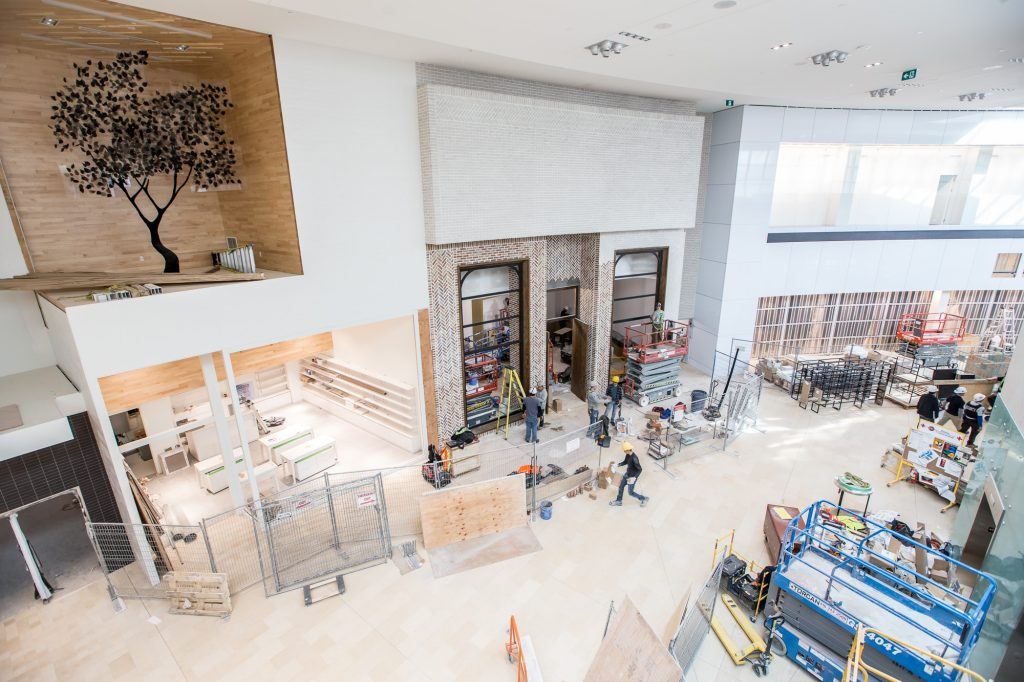 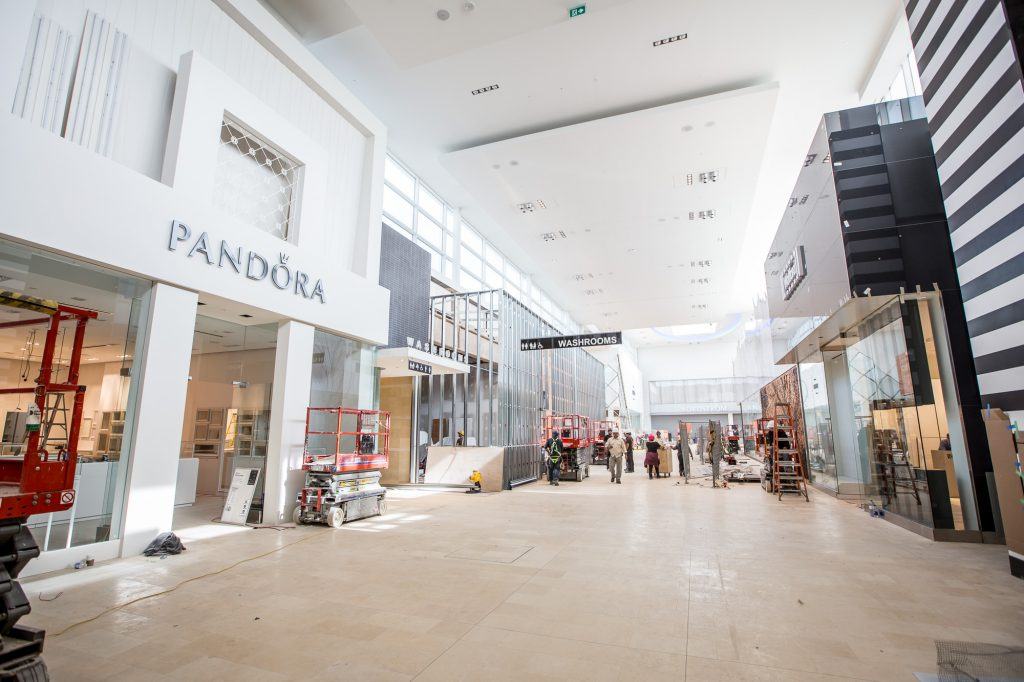 Pandora & Sephora across from it 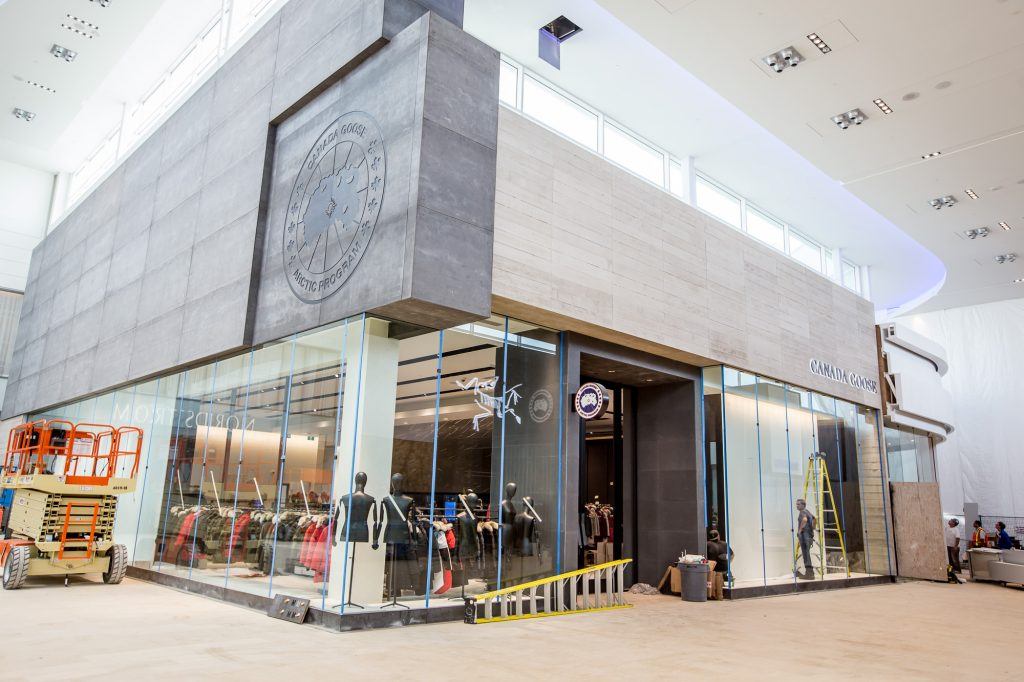 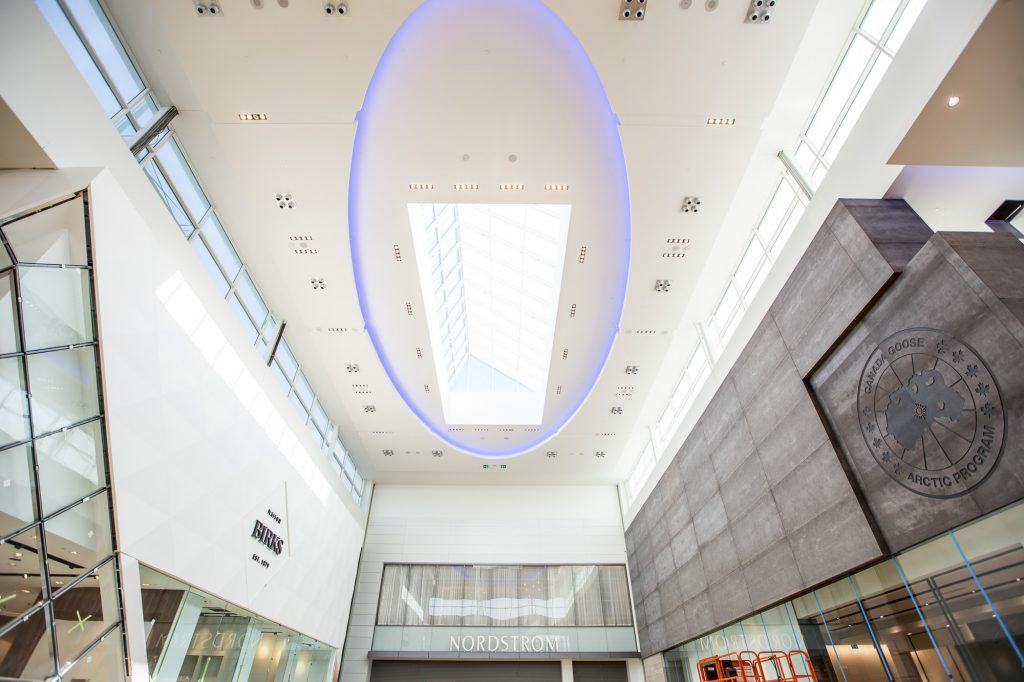 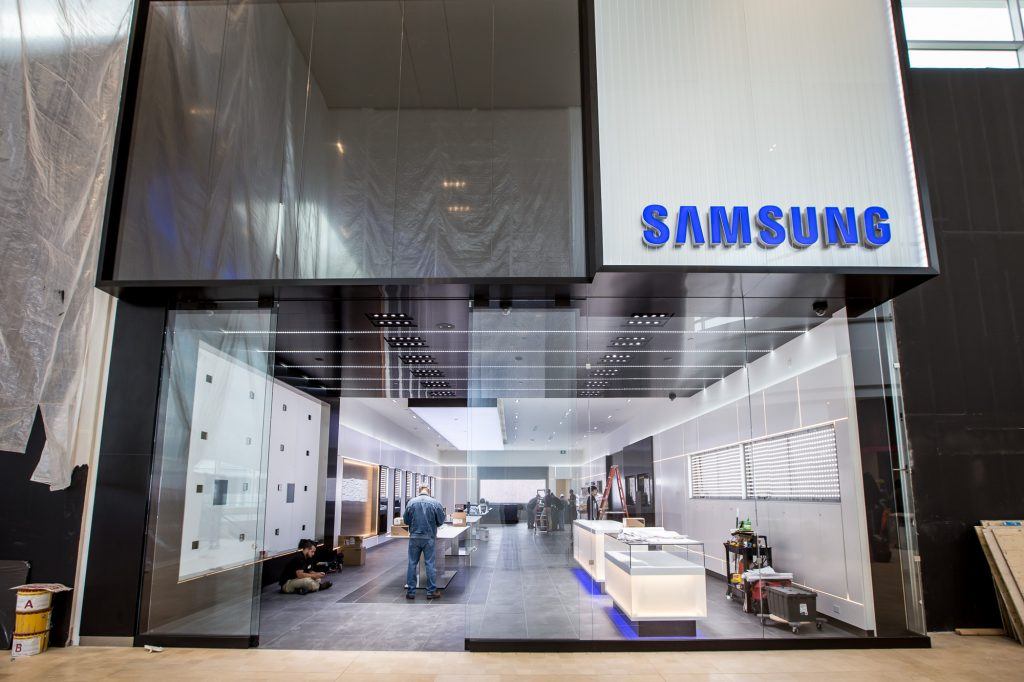