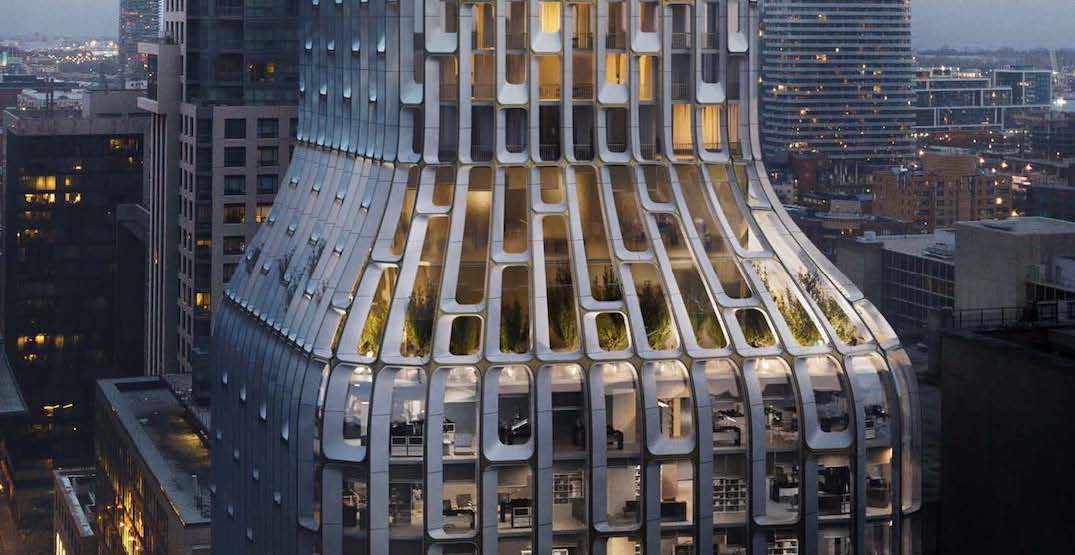 A new futuristic-looking tower could be coming to Yonge Street.

The 66-storey tower, proposed by the developer H&R REIT, would sit at the southeast corner of Yonge and Colborne and combining office, retail, and residential space. 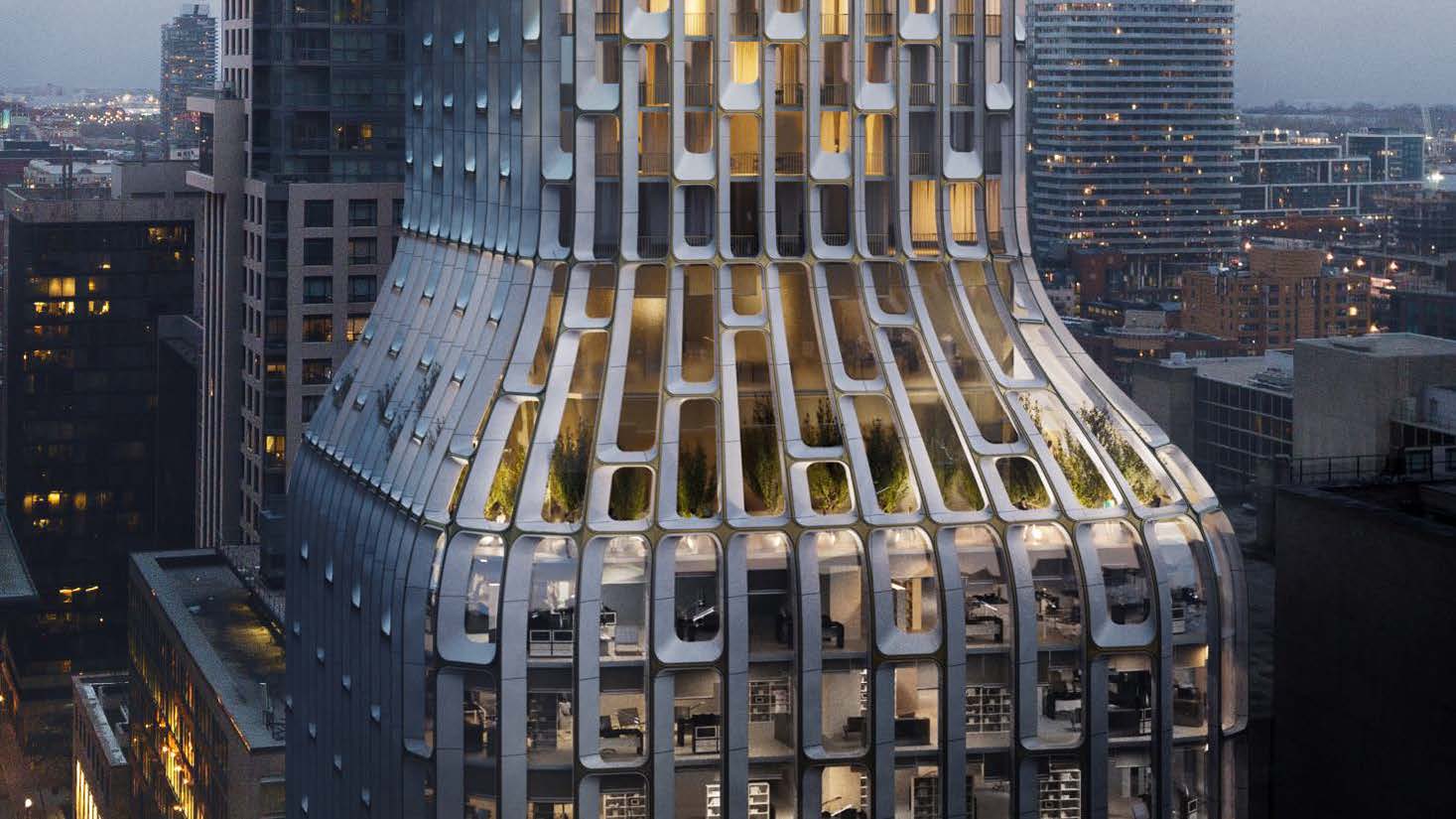 The proposed tower at 55 Yonge Street would replace two office buildings — 5 storeys and 12 storeys — that currently occupy the property. Both would need to be demolished to build the tower, the project’s website says.

The new tower, designed by BDP Quadrangle and PARTISANS, has a futuristic-looking white and glass facade with several curves and a sloping peak. 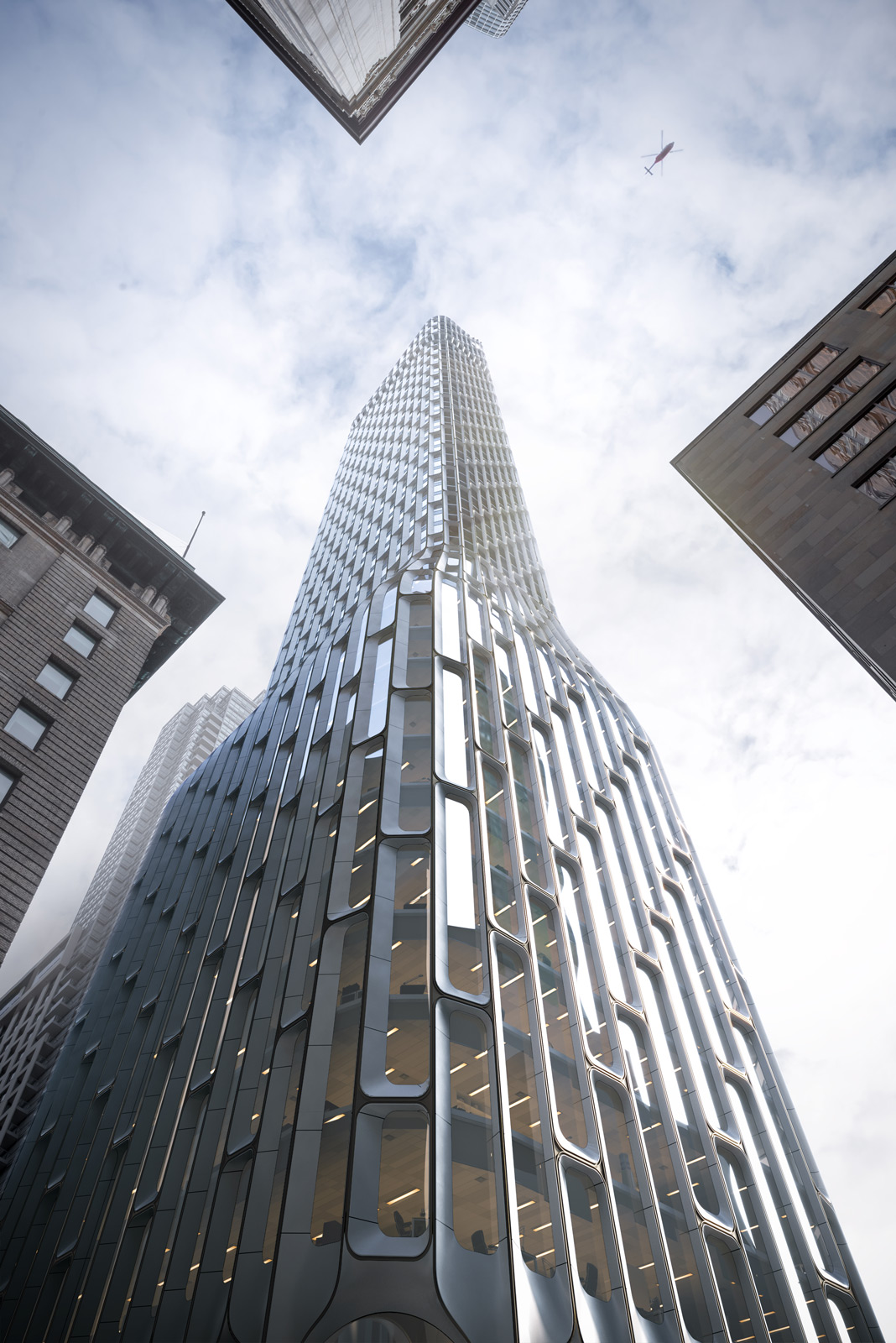 It has not yet been decided whether the residential units will be condos or rentals, but according to architectural plans, the units will range from studios to two-storey and three-bedroom units.

Residents of the building will get to enjoy the plentiful amenities that this building will have to offer, including a pool, pool lounge, event space, multiple terraces, gym, yoga room, and study lounge. 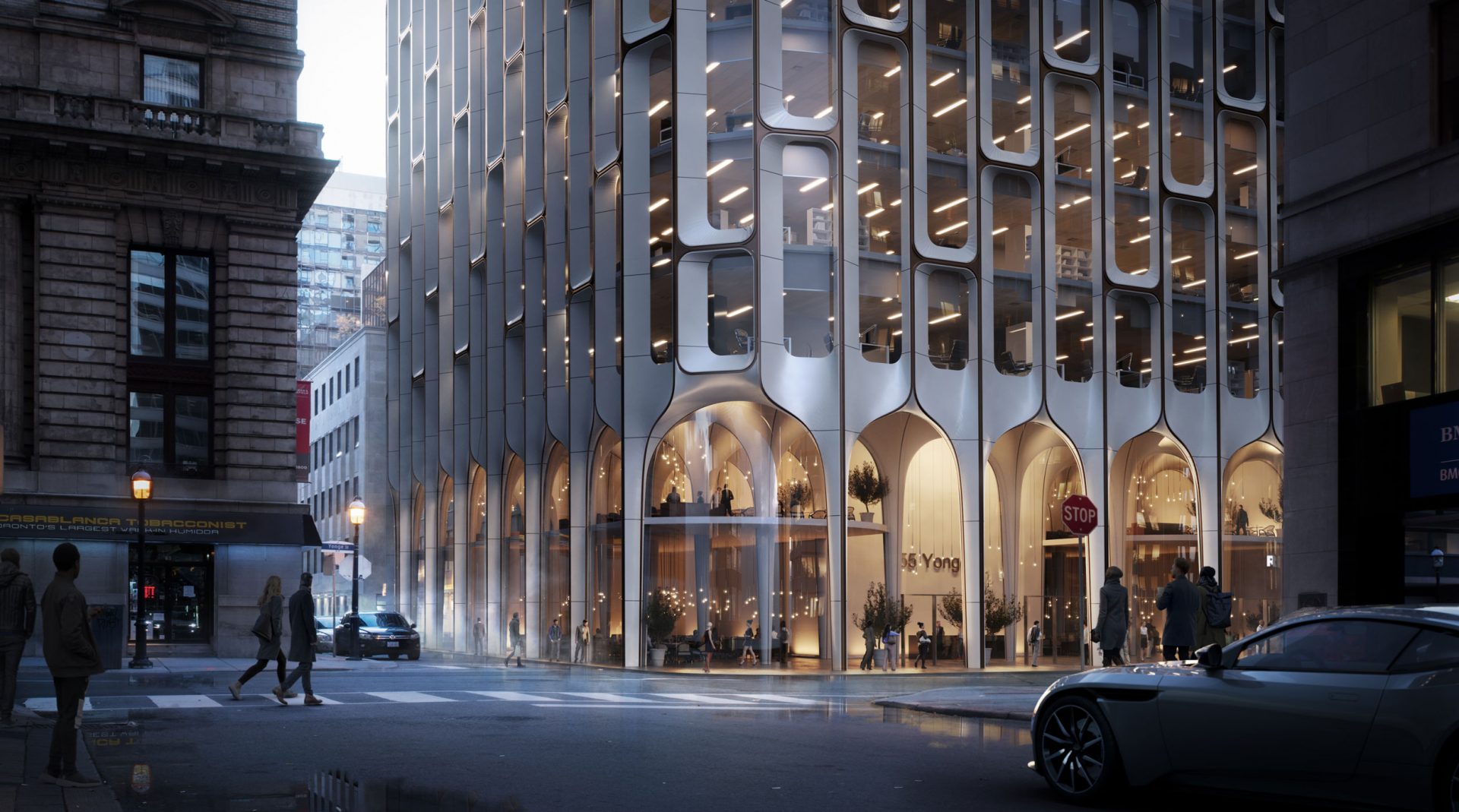 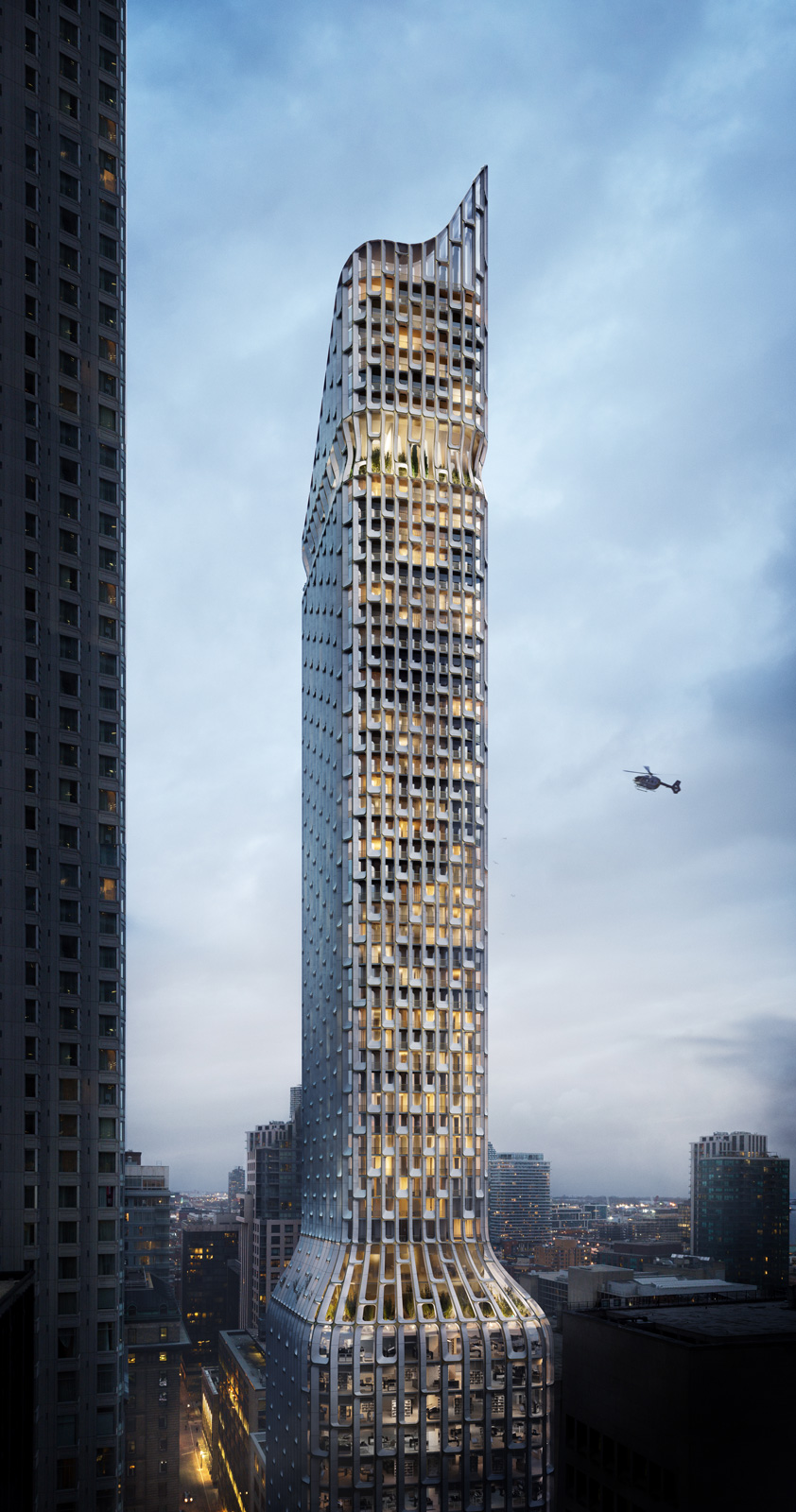 The new tower will also be conveniently located just a one-minute walk from the King Street Subway station and five minutes from Union Station.

The developers just submitted a rezoning application to the City this month, the approval of which will be necessary to move forward with the project. 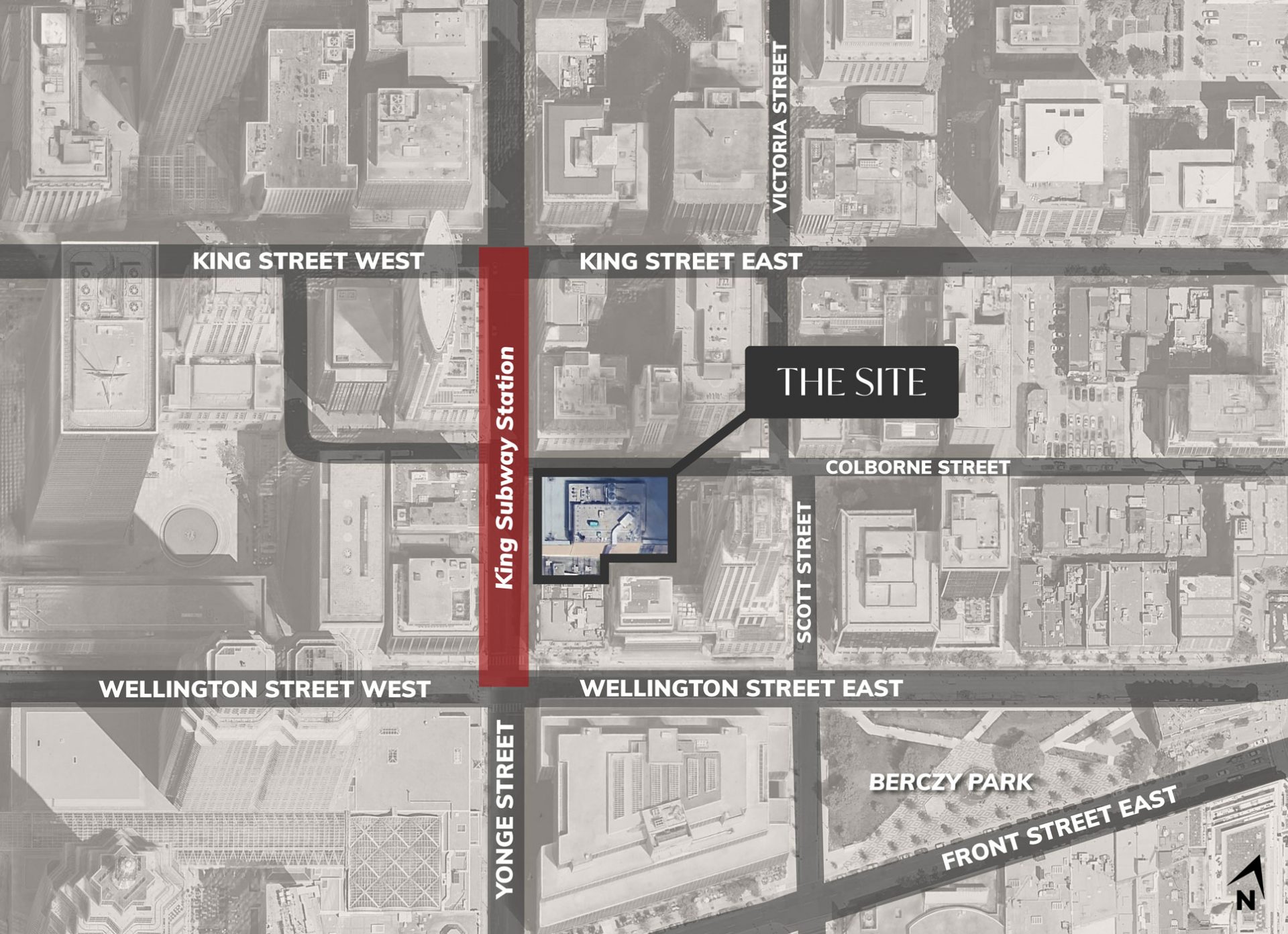 According to the project’s website, a community meeting is expected to be scheduled by the City in the coming months, where community members will bring forward any questions or comments on the proposed development.